From wild to mild, training a mustang in 100 days

The horses trotting around the arena at the Fort Worth Stock Show and Rodeo Friday night can't tell their own story.  But they have had an incredible journey. 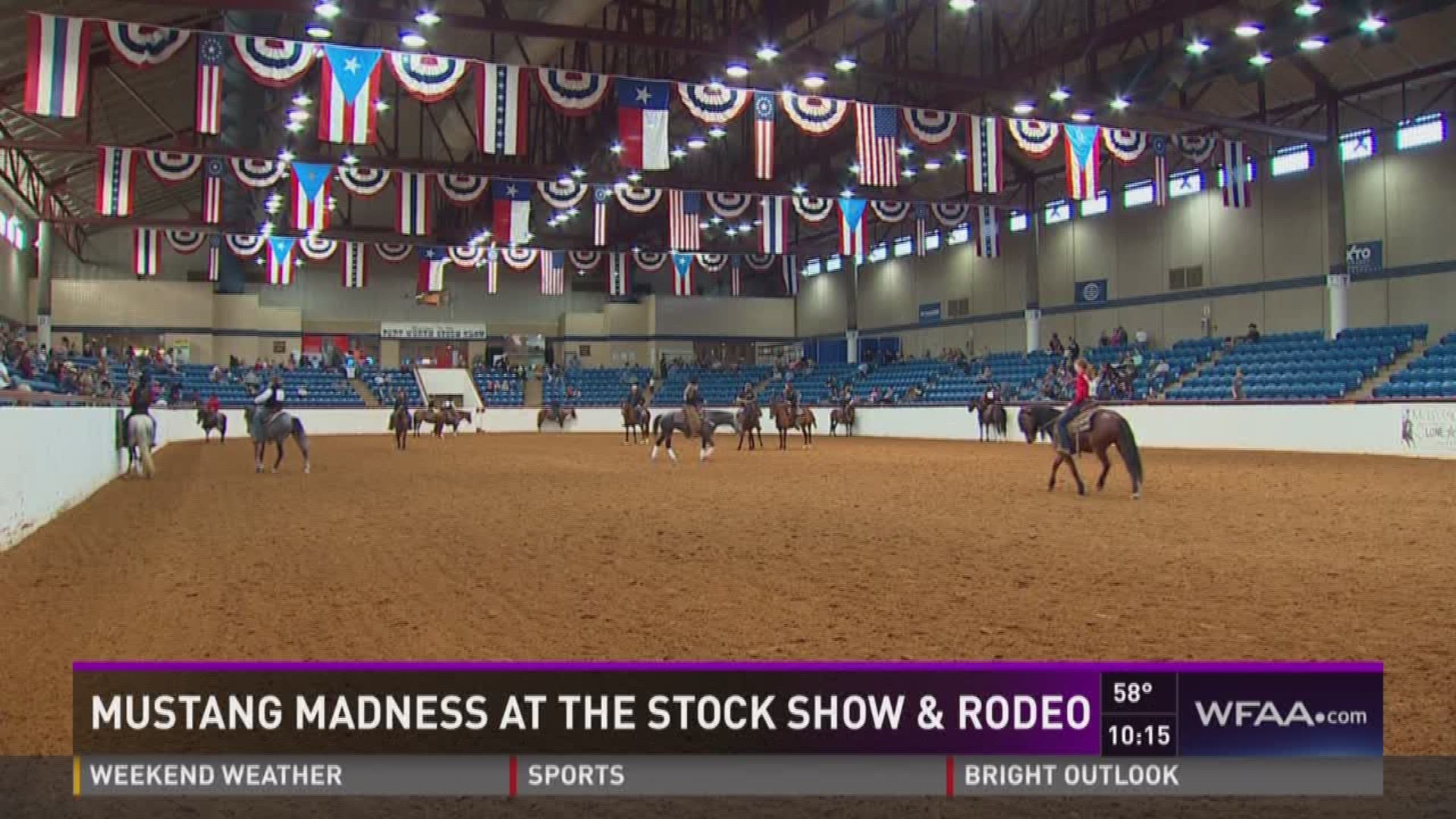 FORT WORTH -- The horses trotting around the arena at the Fort Worth Stock Show and Rodeo Friday night can't tell their own story. But they have had an incredible journey.

At the Mustang Magic event, nearly two dozen horses and their trainers competed for prize money. They stepped over obstacles, approached gates and responded to commands, as a respectful crowd watched. It's hard to believe that just a few months ago, the horses were wild.

"A hundred days for one of these wild horses, it's not a lot," said Madison Shambaugh, one of the trainers.

Shambaugh picked up her horse, Number 1236, back in September. At first, she had to build trust, but now she is able to ride a horse she calls Amira.

"We have to really take time to understand what they're going through," said Shambaugh.

Nearly 70,000 wild horses road on federal lands, but the government says that's far too many for the herds' health. Tens of thousands of animals are placed in off-range corrals as a result.

"It's a problem. We're spending taxpayer dollars to feed and care for these horses," said Kali Sublett, the executive director of the non-profit Mustang Heritage Foundation.

A single horse can cost taxpayers nearly $50,000 over its lifetime, according to the government. That's one of the reasons the Mustang Heritage Foundation is working with the Bureau of Land Management to encourage adoption by providing training for the animals.

"People would be more apt to adopt a wild horse if it had some training," said Sublett. "Many of them make good working horses on ranches, trail riding, pleasure horses, things like that."

Mustang Magic is a showcase for 20 trainers and their animals. The final competition will be held Saturday in front of a sell-out crowd, and after that the horses will be placed up for adoption.

Madison has formed a bond with Amira and she hopes to adopt her herself.

"You get so attached to them," she said.

After 100 days with a wild horse, she believes mustangs have a lesson to teach anyone about what's possible.