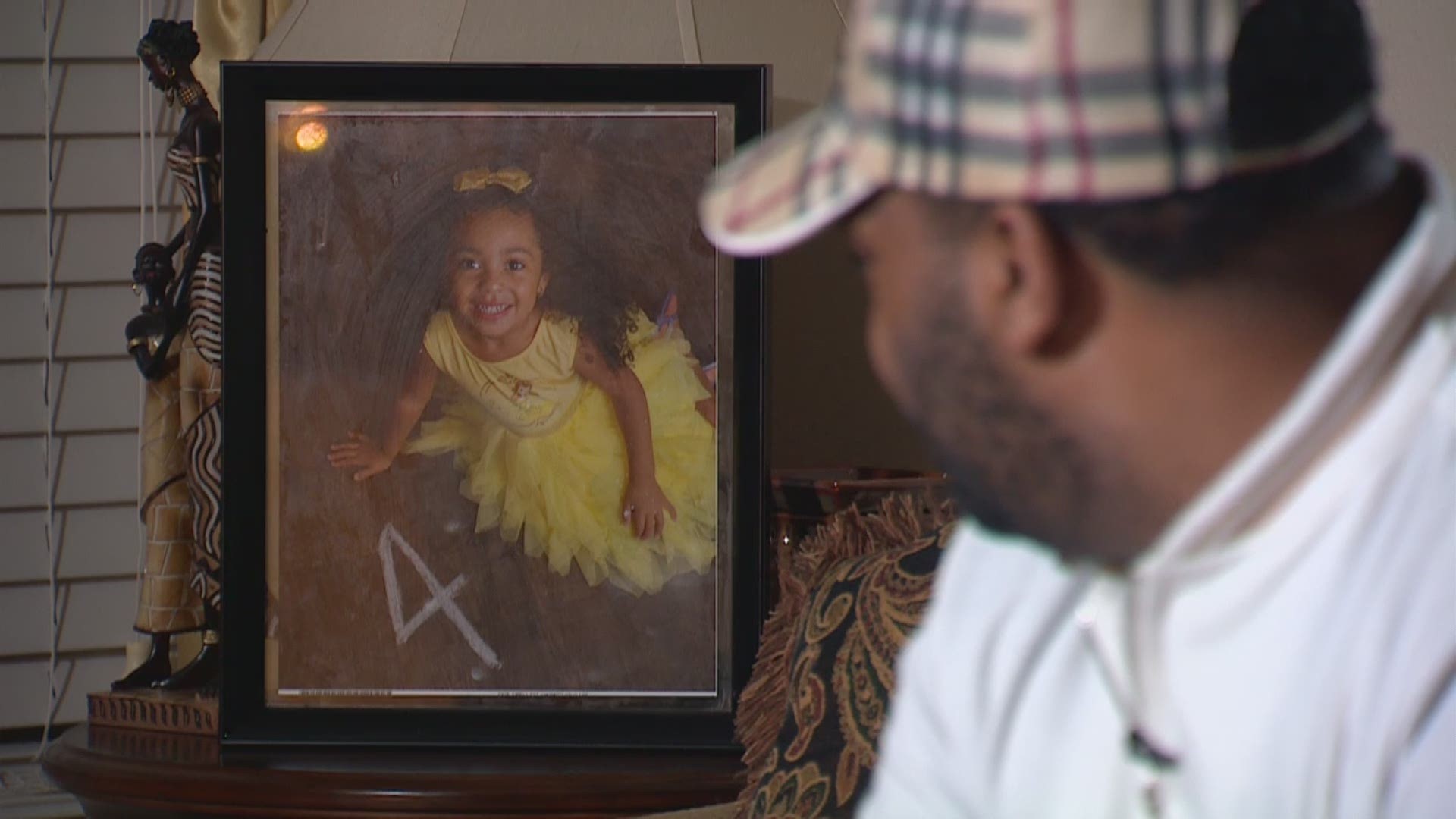 DALLAS — A Garland couple is mourning after health officials for Dallas County announced Monday that their 4-year-old daughter is now the 7th flu-related death this season, and the first child to die from influenza so far.

Ashanti Grinage passed away at Texas Health Presbyterian Hospital Rockwall last Thursday due to complications from the flu.

Martel Grinage, Ashanti's father, told WFAA that his only child had pneumonia and died from the infection after testing positive for the flu two days before at the hospital. She didn't receive a flu shot.

Ashanti was first taken to the emergency room last Tuesday when she started showing flu-like symptoms.

"My wife called me and said that Ashanti had a high fever, and that she's taking her to the emergency room because she might have the flu," Grinage said.

"On Tuesday when she went to the doctor, she had pneumonia, and we didn't know."

Grinage said his daughter was doing well after her first visit to the emergency room. He added that her fever had gone down a bit, and that the only thing that persisted was a cough.

On Thursday, Ashanti's mother noticed she was heavily fatigued and coughing up mucus. When she arrived at the hospital a second time, her vitals were extremely low.

By the time Grinage got to the hospital, doctors were trying to bring his daughter back to life.

"The doctors told me when I got there, that her lungs were full of pneumonia and that they did the best that they could do," Grinage said. "I told myself when she hears my voice - I know she's getting up...I was just praying...waiting for her to wake up."

"They were just pumping and pumping, and my daughter never got off that table. I never even got to say goodbye."

Grinage said that doctors didn't check his daughter for pneumonia whenever she had her first visit to the ER, and he now in hindsight wishes he had asked them to.

"If I even thought that a little bit that she was going to die, I wouldn't have let her," Grinage said.

Grinage just wants other fathers to hear his story.

He added that it could make a difference in the life of their child and that they wouldn't have to carry the pain he's been given.

"I just want to save someone else's kid because they don't want this feeling," Grinage said.

A GoFundMe has been set up to help Ashanti's family with funeral expenses.