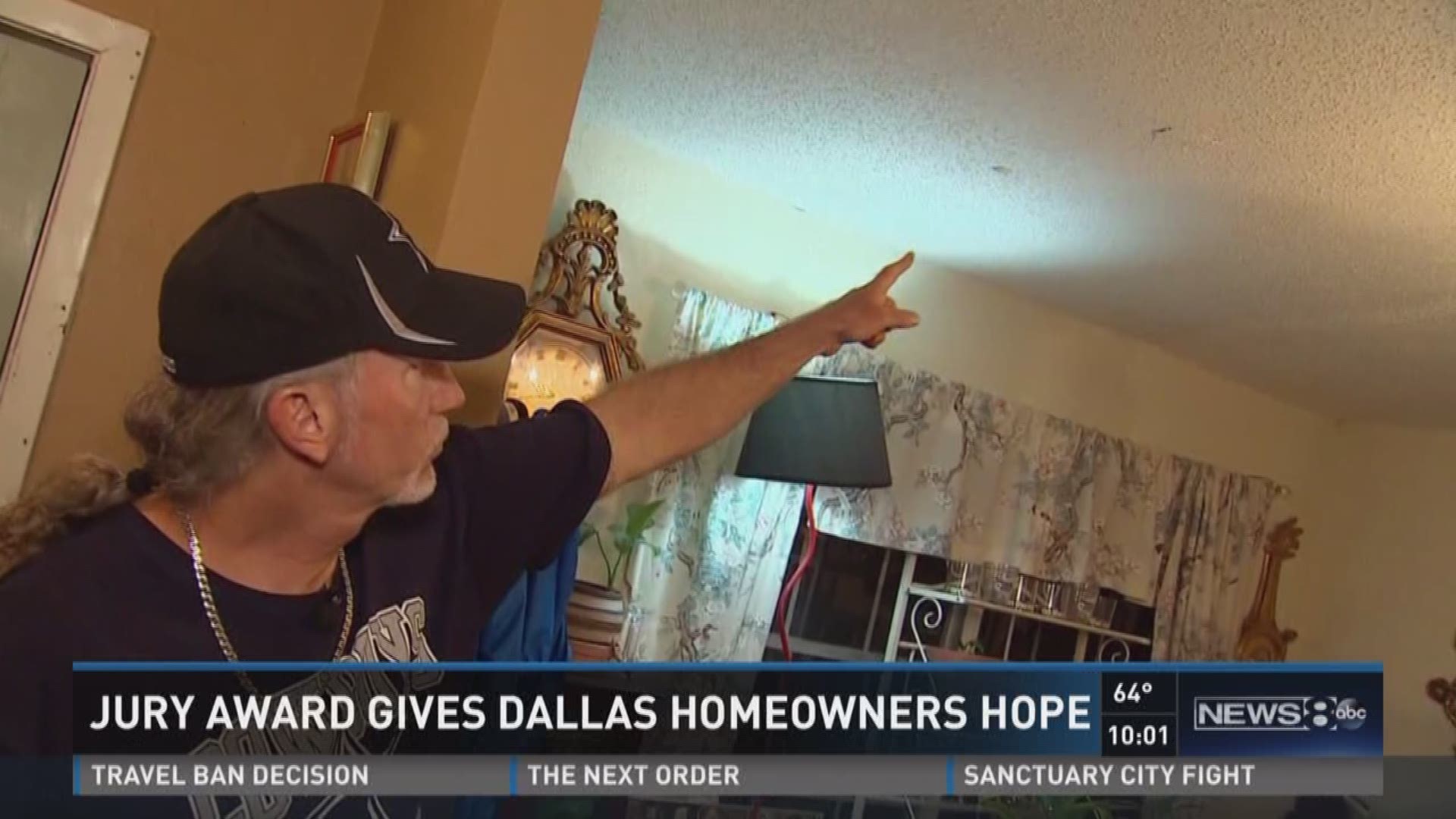 FARMERS BRANCH -- A family won its case in Dallas County court against Trinity Infrastructure and related companies for damage they say was caused to their house by construction of the LBJ Express project.

They are one of 223 homeowners suing the contractors for the same reason. Steve Davis is another.

"I want to point out how the wall is separating from the tile," he said, as he we stepped through the front door of his Farmers Branch home. From there, it only gets worse.

"There's the nails popping through right here," Davis said, as he traced a line across his living room ceiling. It's a quarter mile away from the expressway.

Every room boasts its own damage and disappointment.

"We're just a simple, middle class family...modest income, and when you buy something like this and it's damaged, you feel helpless," he said.

All 223 homeowners live near 635, and say the damage started after construction to build the LBJ Express lanes started in 2011. They believe moving a huge amount of earth with heavy trucks left their homes crumbling.

Tuesday brought a victory. A Dallas County judge heard one family's case, and sided with them, awarding them more than $248,000. Their attorney is happy.

Davis is hopeful, that when his day in court comes, he too can win back what it'll cost to keep his home.

"It was like a sigh of relief for me, but it's not near over, and we will be back in court again!" he said.

Trinity Infrastructure, LLC stands behind the integrity of the work performed on the LBJ Express Project. Construction was performed in accordance with TxDOT's plans and specifications. While Trinity remains sympathetic to these types of claims, we are disappointed with the verdict. Evidence clearly demonstrated that construction activities did not cause the alleged damages and that the wrong decision was reached. Trinity intends to appeal the matter and is confident the appellate courts will ultimately reach the correct decision.