Doctors save teen with internal decapitation

"I've seen three patients thrive after it. Generally speaking, they don't normally make it to the hospital," one doctor said. 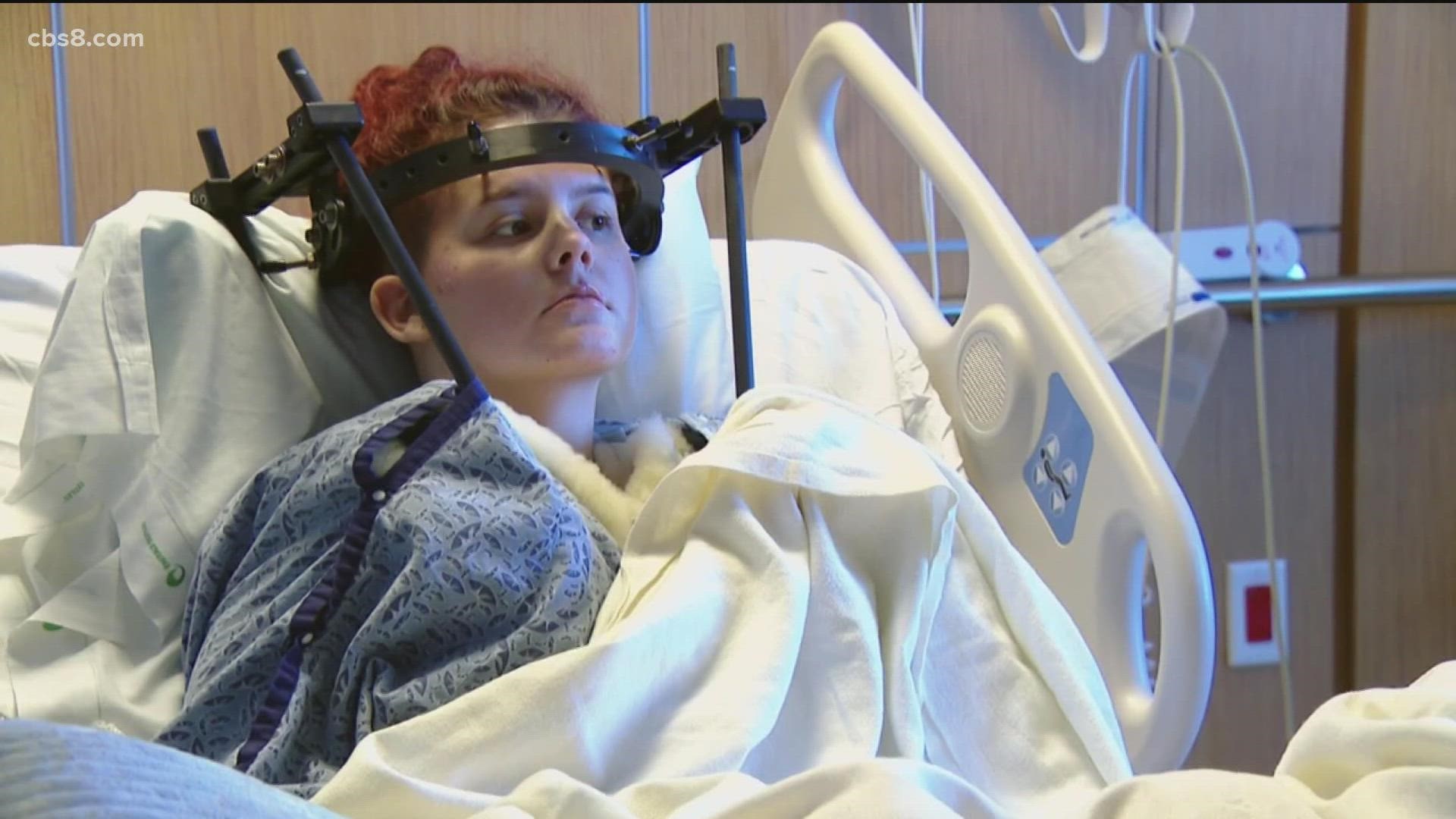 SAN MARCOS, Calif. — Doctors are calling it a miracle. A San Diego County 17-year-old involved in a catastrophic hit-and-run crash was left with an injury so rare and usually so deadly that most people never make it to the hospital. Yet she survived.

That teen is now communicating with the doctors who helped saved her life -  and she can move.

"She's so strong. I feel like we made it through the hard part already so I feel like, we got this. She had internal bleeding and that's all I knew from the beginning." said Charmaine Demara about daughter Lilliana.

The mom said they're lucky. After getting a call at 3:30 Friday morning that her daughter had been in a car crash, she rushed to the hospital.

"It was so scary. So scary. But something inside of me - I feel like I have a special connection with her - and I just knew she was going to be OK," said Demara.

Lilliana was riding with friends when they were broadsided by an SUV that burst into flames in San Marcos. Lilliana was in the backseat. The other driver ran away and deputies are still looking for them.

"Breaking a bunch of her ribs, breaking her collar bones, breaking her neck, injuring her spleen, plus the atlantooccipital dislocation which is the internal decapitation. That's where you break the neck away from the head. The head is basically holding on by muscles, skin," said Dr. John Steele.

She'll need more surgeries and extensive rehabilitation but Dr. Steele and his team at Palomar Hospital are extremely optimistic.

"It happens rarely that we're fortunate enough to get such a good outcome. This is usually a devastating injury. I've seen three patients thrive after it. Generally speaking, they don't normally make it to the hospital," he said. "She can communicate with us and she can move everything and that's just outstanding. Lilliana has gone through a lot and I have great expectations for her. I'm so happy for her family to get this miracle because that's what it is."

Demara said of her daughter: "She's super outgoing. Anyone that she comes in contact with just loves her. There's not one person I met that doesn't like her. She gets along with everyone."

She's thankful for her daughter's prognosis but offers this warning for drivers:

"This time it wasn't our fault. It was someone who came and hit her so, you just got to be careful when you're driving because you'll never know when someone can just come and get you."

A GoFundMe has been set up to help pay for Lilliana's recovery. They've met their goal thanks to the generosity of folks all over San Diego.

If you know anything about the hit and run crash on South Las Posas Road and Miranda Drive in San Marcos you're asked to call the San Diego County Sheriff's Office.