New Deep Ellum mural tells the story of a gator and Dallas Fire Station No. 3

Firefighters used to have a baby gator in the courtyard of the fire station. 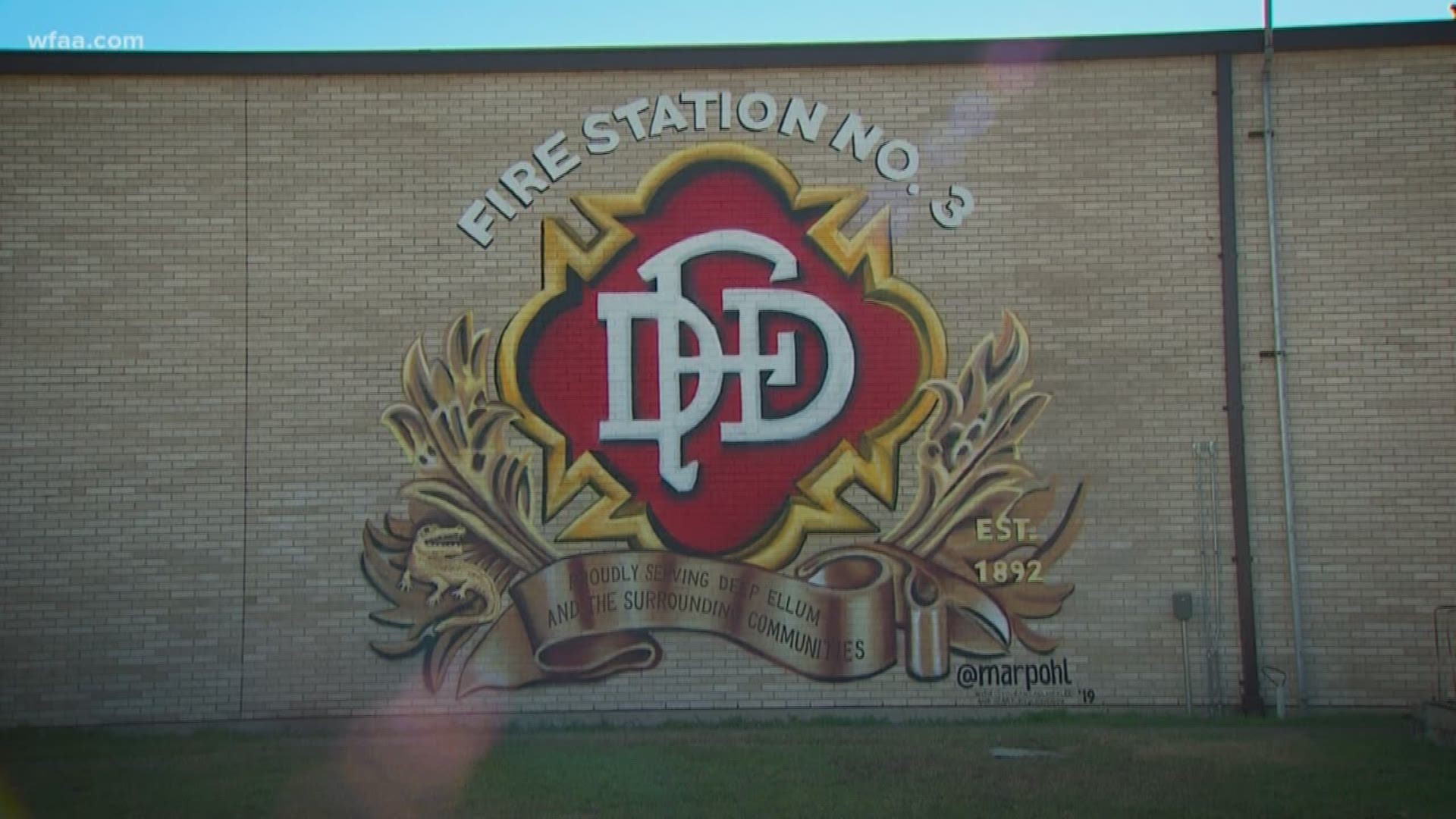 DALLAS — A new mural in Deep Ellum highlights the story of an alligator and Dallas Fire Station No. 3.

Muralist Mariel Pohlman and two other artists painted the 25-foot mural on the side of the fire station at the corner of Malcolm X Boulevard and Gaston Avenue.

Dallas Fire Station No. 3 is the city’s hazardous materials station.

Using a hydraulic lift, the trio of artists painted the Dallas Fire-Rescue logo in red and gold. A small alligator can be seen in the lower left corner.

“Before there was a mural here, a lot of people didn’t even know that the fire station was here,” Pohlman said. “Some people thought it was an abandoned building."

Firefighters said they’ve wanted a mural on the side of their building for the last 10 years.

“Of everyone I’ve painted a mural for, they deserved it so much,” Pohlman said.

This is Pohlman’s first public mural in Deep Ellum.

After spending time with the station's firefighters and learning more about their history, Pohlman said she knew she had to incorporate the alligator into the mural.

“I guess the old guys back in the day had a baby gator in the courtyard of the station in the middle,” said Matt Nohe, a Station No. 3 firefighter paramedic. “And they raised it. It got too big. So they donated it to the Dallas Zoo.”

Legend has it that the firefighters initially purchased the baby alligator through the mail.

Today, the alligator is featured on the Station No. 3 firefighter patch. And those firefighters said the mural makes them feel an even stronger connection to Deep Ellum, the community that they serve.

The mural was a partnership between Station No. 3, the Deep Ellum Foundation and Pohlman.

Westdale, developers of The Epic, which is the Deep Ellum development where Uber is set to open offices, financed the project.