The turkeys will be pardoned during a ceremony in the White House Rose Garden Friday. 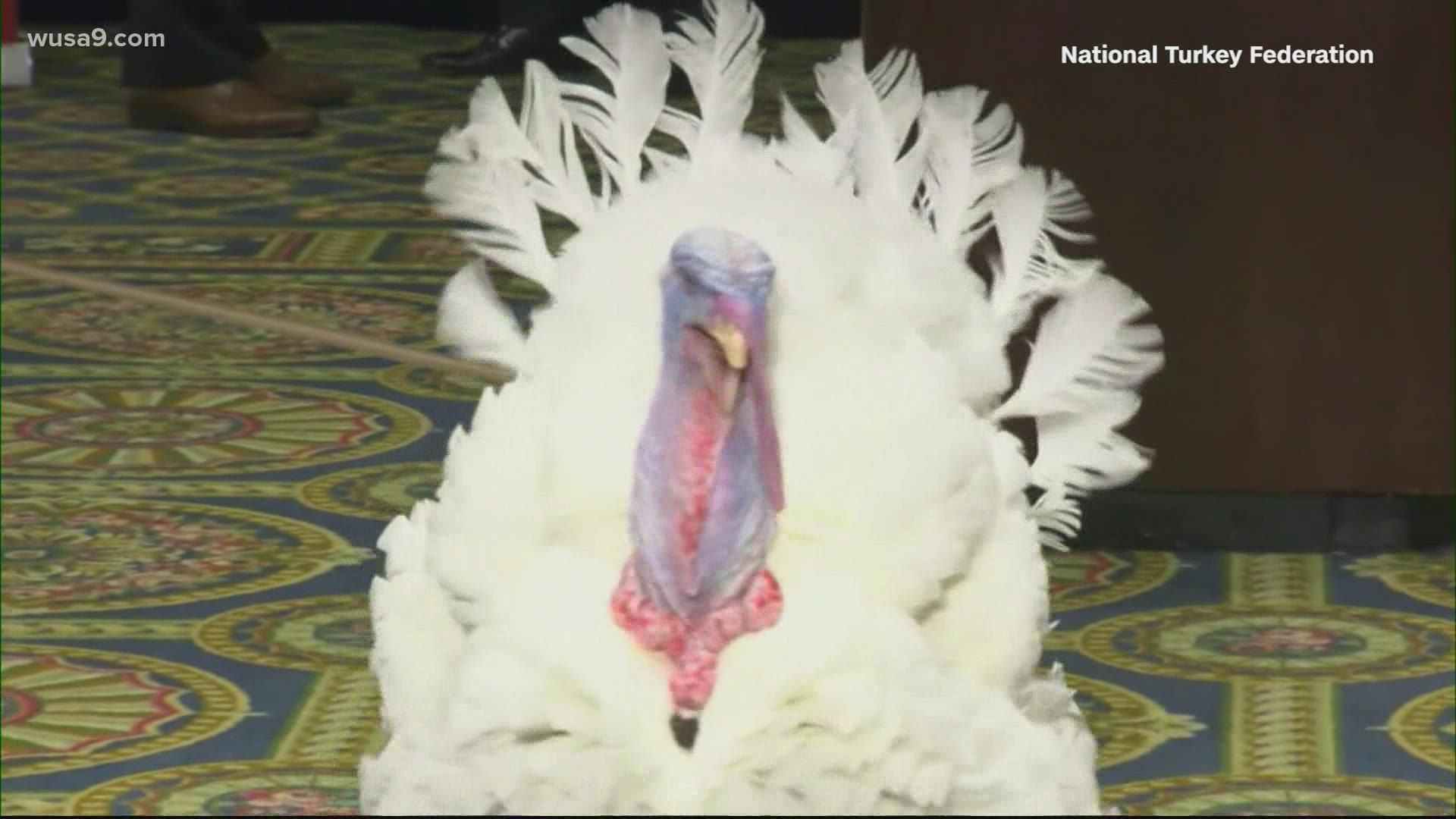 WASHINGTON — Two turkeys will receive their presidential pardon at the White House ahead of Thanksgiving.

In a ceremony Friday in the Rose Garden, President Joe Biden will pardon a turkey named Peanut Butter and another named Jelly. The two birds from Farbest Farms in Jasper, Indiana, were selected as National Thanksgiving Turkeys. The White House introduced the world to the two turkeys via Twitter on Wednesday.

After the pardoning ceremony, the birds will come home to roost as Boilermakers at Purdue University. They'll live out their days at the university's Animal Science Research and Education Center, "where they will reside in a separate enclosed indoor setting with access to a shaded grassy area," the school said in a press release.

Meet Peanut Butter and Jelly, the turkeys who will be pardoned by @POTUS tomorrow. pic.twitter.com/36XjavdIlm

The tradition of a White House turkey pardon for Thanksgiving dates back to at least 1989, when President George H.W. Bush pardoned two birds. According to the White House Historical Association, Bush said at the time, "But let me assure you, and this fine tom turkey, that he will not end up on anyone's dinner table, not this guy -- he's granted a Presidential pardon as of right now -- and allow him to live out his days on a children's farm not far from here.”

RELATED: Did you know fruitcake has roots in ancient Egypt? Test your knowledge of this much-maligned dessert

RELATED: Planning to travel this Thanksgiving holiday? It will likely cost you more. Travel agents explain why

RELATED: No, the price of a whole turkey hasn’t nearly doubled since 2019