If you listen closely in the video, you can hear the tow truck driver rustling through all of the loose coins in the center console. 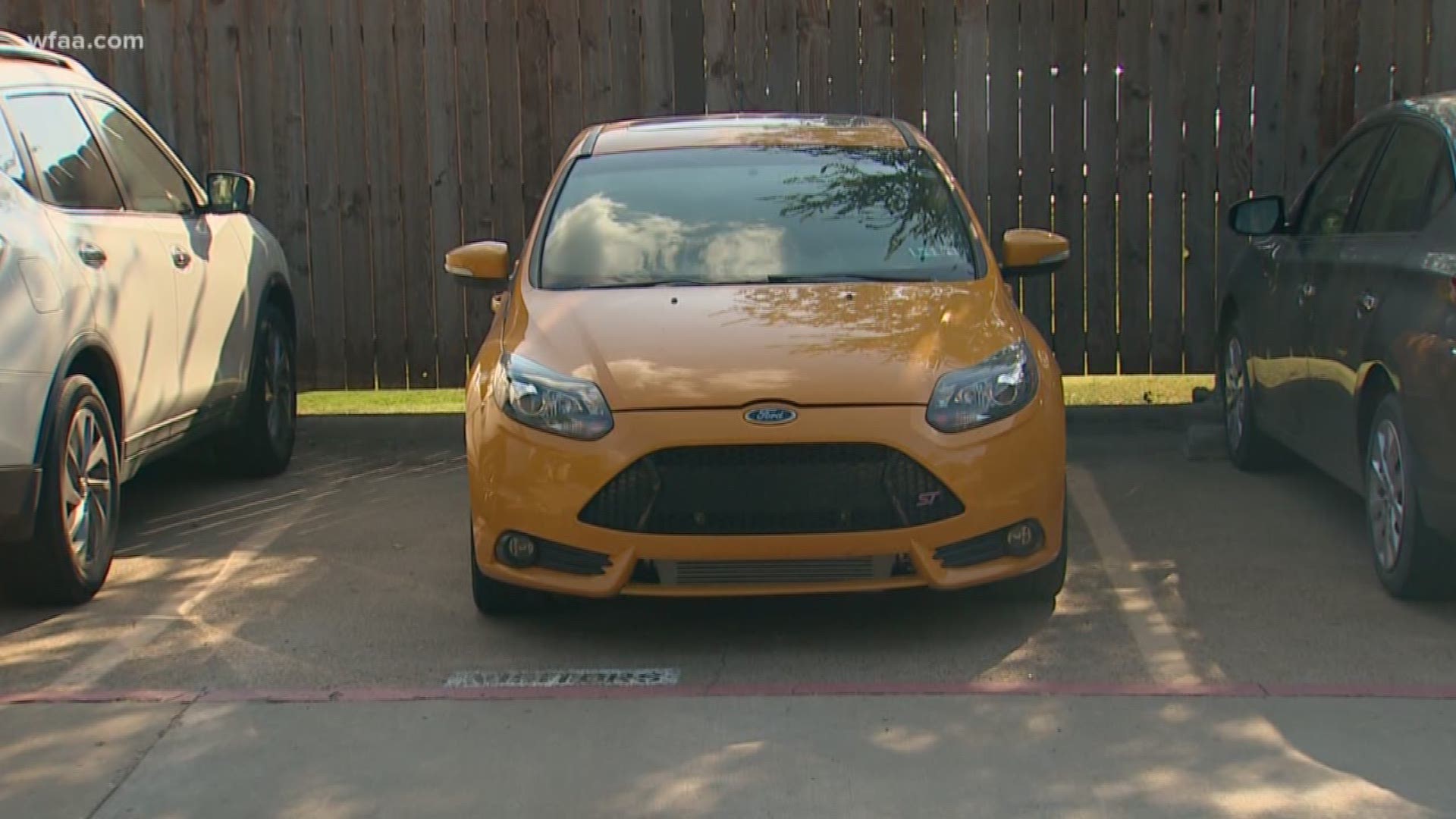 ROCKWALL, Texas — A tow truck driver is now without a job after a Rockwall resident caught him on video taking money from his car while it was being towed.

The owner of the towing company, Allstar Towing, told WFAA on Wednesday that the driver was terminated after the footage was brought to his attention.

On Monday, Jeff Pelley realized that his yellow Ford Focus was missing from his Rockwall apartment complex.

Pelley just moved there, and according to him, you need a special pass to park inside.

He told WFAA that the apartment is still working on getting him one and that he's using a visitor pass in the meantime.

But when all of the designated visitor spots were taken, Pelley had to park somewhere else in the complex and he was ultimately towed.

"There are only around five visitor spaces," Pelley said. "There's not enough, as I discovered."

The apartment complex smoothed everything over with Allstar Towing, which patrols the complex, so Pelley didn't have to pay to get his car back.

But Pelley has a dash camera in his car and noticed that it started recording whenever the tow truck arrived.

Turns out, the driver entered his car for an unexplainable reason and when Pelley watched the footage he noticed something audibly strange.

"After hearing the alarm, I listened closely and you can hear change," Pelley said. "It's an unmistakable sound."

If you listen closely in the video, you can hear the tow truck driver rustling through all of the loose coins in Pelley's center console.

When Pelley went to check his car after watching the video, he noticed all of the money was gone.

He didn't take a big hit, Pelley admits that the cash amounted to only $5. But he said that he does have an issue with someone going through stuff that doesn't belong to them.

"The money is nothing," Pelley said. "It's just the matter of someone breaking into your things and searching through it."

"It's unnerving to know that someone just got into your stuff and looked through it. You gotta know that's wrong."

Pelley reached out to Allstar Towing about the incident.

The owner, Josh Caldwell, told WFAA that the employee was a contractor and that he was let go after learning of the video.

"We don't tolerate that type of business," Caldwell said over the phone. "I'm going to do right by my customers and my business. You don't take something that doesn't belong to you."

Pelley was happy to hear that. His only intention was making the company aware of what happened.