Mary Pat Higgins said she doesn't blame the Carroll ISD administrator who made the comment, and she doesn't believe that person is anti-Semitic. 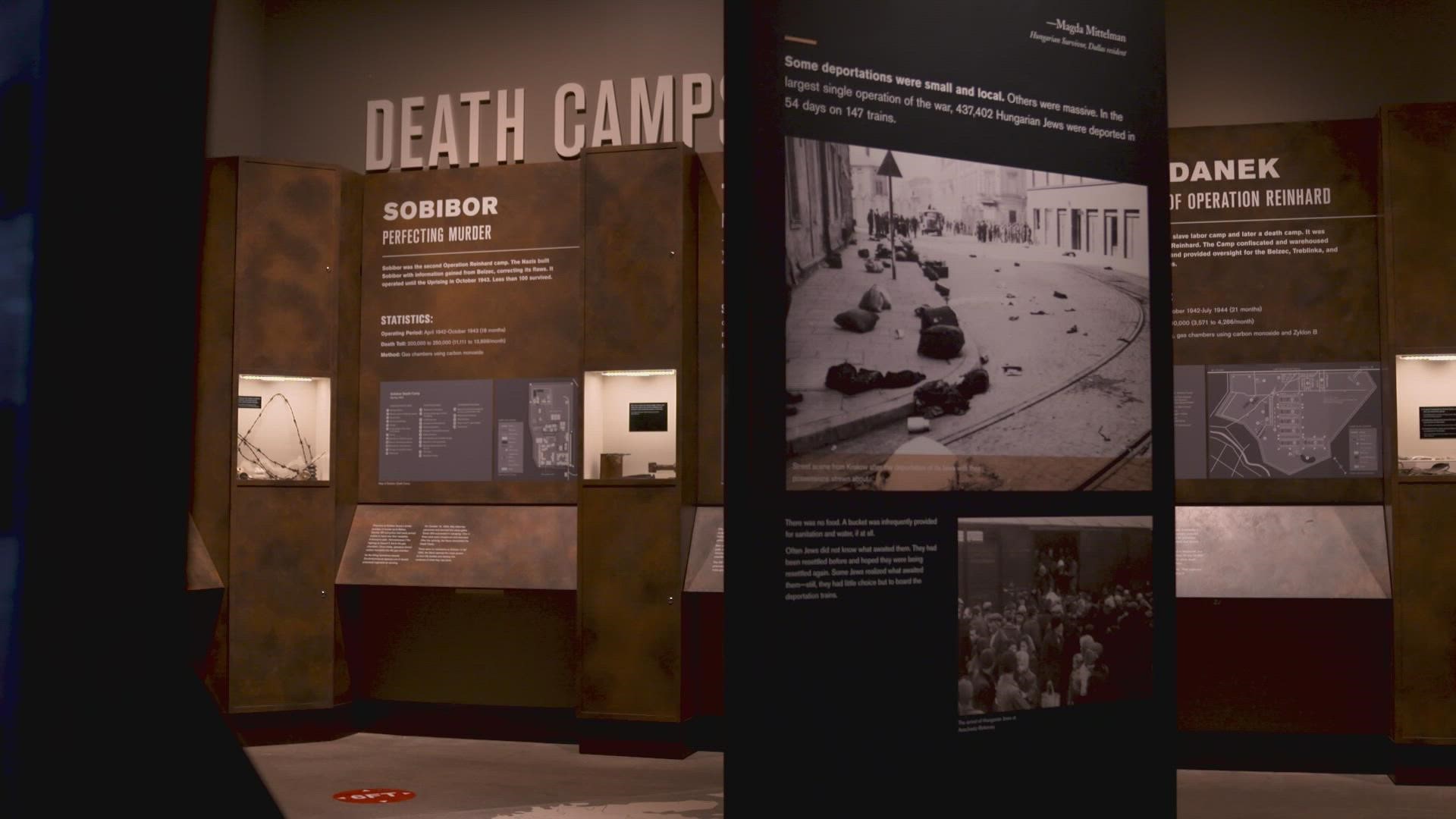 DALLAS — When Dallas Holocaust and Human Rights Museum President and CEO Mary Pat Higgins heard it, she was shocked.

NBC News released a secret recording of a Carroll ISD administrator advising teachers that if they have a book about the Holocaust they should also have a book covering the opposing view.

RELATED: 'There are not two sides': Southlake teachers reportedly told to offer 'opposing' viewpoint of Holocaust

“To have an administrator in such a well-known school district offer that as a controversial topic that might have an opposing view, is very concerning," Higgins said.

In a statement sent to parents and released on social media, Carroll ISD Superintendent Lane Ledbetter apologized "regarding the online article and news story" that stemmed from the recording, though the district has not confirmed the recording itself.

His statement went on to say that the district recognizes there are not two sides to the Holocaust and assures that as the district continues to "work through implementation of HB 3979," that leaders understand that the legislation does not require opposing viewpoints to historical facts.

"I appreciate that he did apologize," Higgins said.

"I bet she believes in the history of the Holocaust," Higgins said.

She believes the comment was made by an educator who, like thousands of others in the state, are trying to navigate HB 3979. The new law, one Carroll ISD's school board fought for, prevents teachers from being required to teach or discuss current events or controversial topics. It also requires teachers to create "diverse and contending" perspectives on current events and topics.

After watching educators in the area be reprimanded over disagreement over so-called Critical Race Theory, Higgins said educators are in a tough spot.

To Higgins, the greatest danger is teaching an untrue version of history to the next generation.

“We view history as a wonderful vehicle to impact behavior today because we can study the consequences," Higgins said. “We believe that history is one of the most important ways to reach children and help them think about and stand up to prejudice and hatred.”

Higgins said the museum's mission is to educate and call people to action to fight hate, so she's encouraged with each person who comes through the doors.

However, she warns about the long-term impact of filtering history to meet any person's agenda.

“I think that’s very dangerous," Higgins said. “If we put our teachers and educators at risk of having to possibly validate something that’s conspiracy or conjecture and teach that alongside historical fact, I think there will be dire consequences for our future."