"There isn't any way to really, truly get rid of them completely." 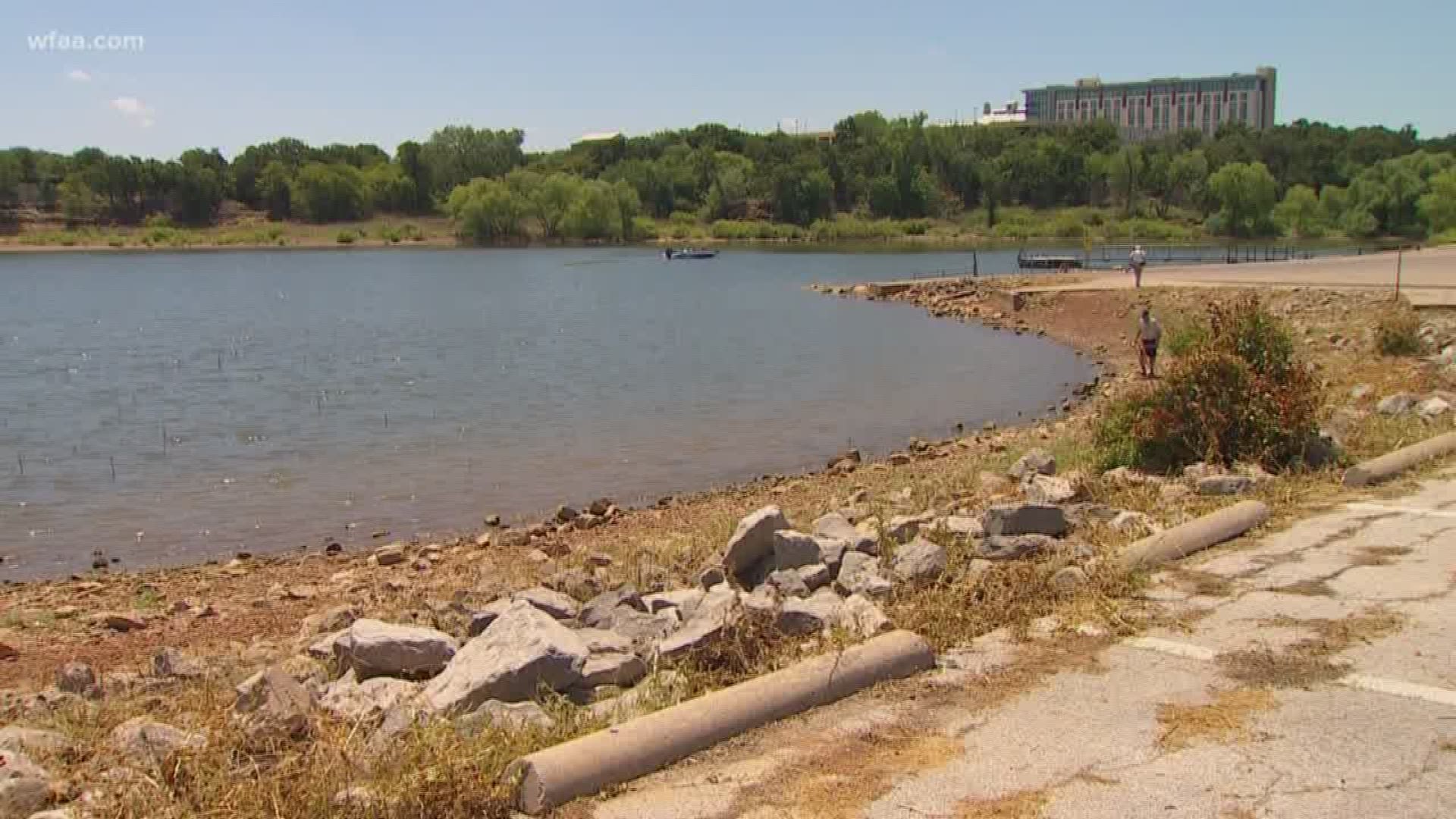 “They're a nuisance,” said Tom Hungerton, a biologist at Texas Parks and Wildlife Fisheries. "They have no natural predators in our ecosystem and they can become very abundant very quickly.”

Hungerton walked part of the shoreline in Grapevine Friday and while he didn’t see any evidence of them on the rocks, a juvenile zebra mussel was found attached to a water sampler in the southern end of the lake on June 22 and microscopic larva were found in May.

Zebra mussels are an exotic, invasive species that first appeared in Texas in Lake Texoma in 2009.

“They’re eating the same things as fish, and the zebra mussels can get to the food before the fish have a chance to,’ Hungerton said. “Their shells are extremely sharp and can cause someone to bleed if they step on them. They’re also a nuisance for water utilities.”

“Cities that have zebra mussel issues have to spend a little extra to keep their infrastructure clean and they pass those costs on to us, so even if we don’t use the lake, we’re still affected by them.”

Texas law requires boaters to clean, drain and dry their boats, motors, kayaks and canoes each time they leave a body of water. Zebra mussels often attach themselves to equipment and can be spread from one lake to another by unsuspecting boaters, Hungerton said.

As the owner of Luck O’ the Irish fishing guide service, Omar Cotter spends a lot of time on area lakes. He said he always plays by the rules.

“As a fishing guide, I feel like I need to set the standard,” he said. “God didn’t give us all this beauty and nature for us to abuse it. He gave it to us to be good stewards of it. That means we take care of it, don’t abuse it.”

“There isn’t any way to really, truly get rid of them completely,” Hungerton added.