More than 1000 walking in Dallas overnight for suicide prevention

There is something about the strength of having so many around you, when you're fighting such an isolating killer. 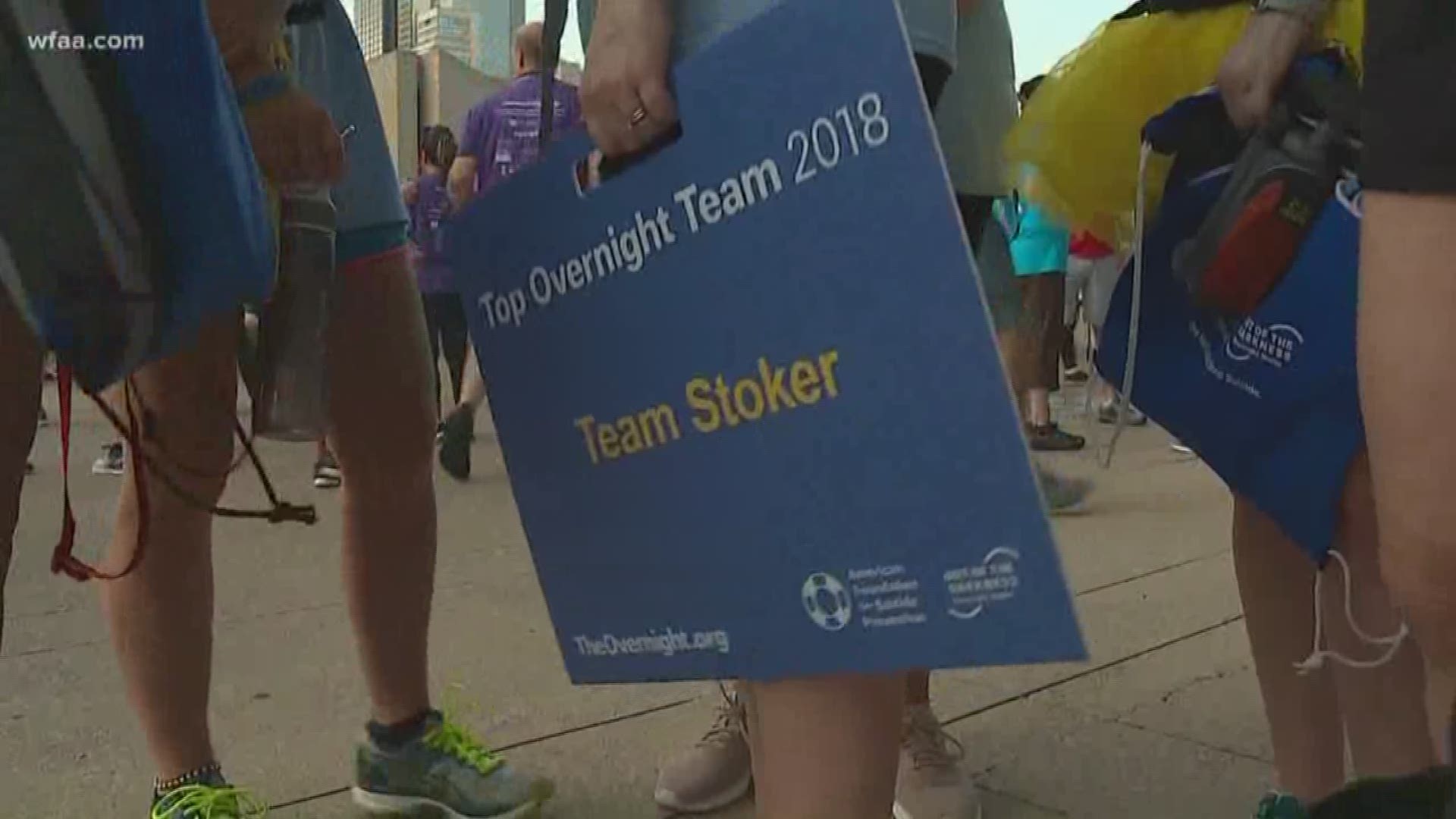 There is something about the strength of having so many around you, when you’re fighting such an isolating killer.

“We’re walking for my husband, Brad Stokes,” she said.

The husband and loving father – who lived to laugh – died by suicide last fall.

“He felt like something was wrong with him and he was the only one – and so he did not talk about it openly,” Stokes said.

And that is why, just nine months after losing him, Sarah is in Dallas this weekend to talk, walk, and give voice to mental health issues that lead to suicide.

More than 1000 packed Dallas’ City Hall plaza ahead of Saturday night’s "Out of the Darkness Overnight Walk, which benefits the American Foundation for Suicide Prevention.

Nearly everyone in attendance say they are directly affected by suicide.

Kaylyn Sisk says she carried the trauma alone for decades.

“I lost my Dad to suicide when I was 7 years old,” Sisk said.

It wasn’t until Sisk found a Fort Worth suicide prevention walk last year that she says the healing began.

“It really helps you to feel that you’re not alone,” Sisk said.

The American Foundation for Suicide Prevention says the stigma around suicide is slowly starting to ease but that more work is needed around talking to teens and young adults grappling with depression.

According to the Centers for Disease Control and Prevention, suicide remains the second leading cause of death for people between the ages of 15 and 34, accounting for more than 44,000 deaths a year in the United States.

The AFSP hosts additional smaller walks throughout the remainder of the year in communities in all 50 states. You can find out more about those events, here.