It's not a building you were likely every excited to walk into in downtown.  Dallas County hopes by 2020, you will be. 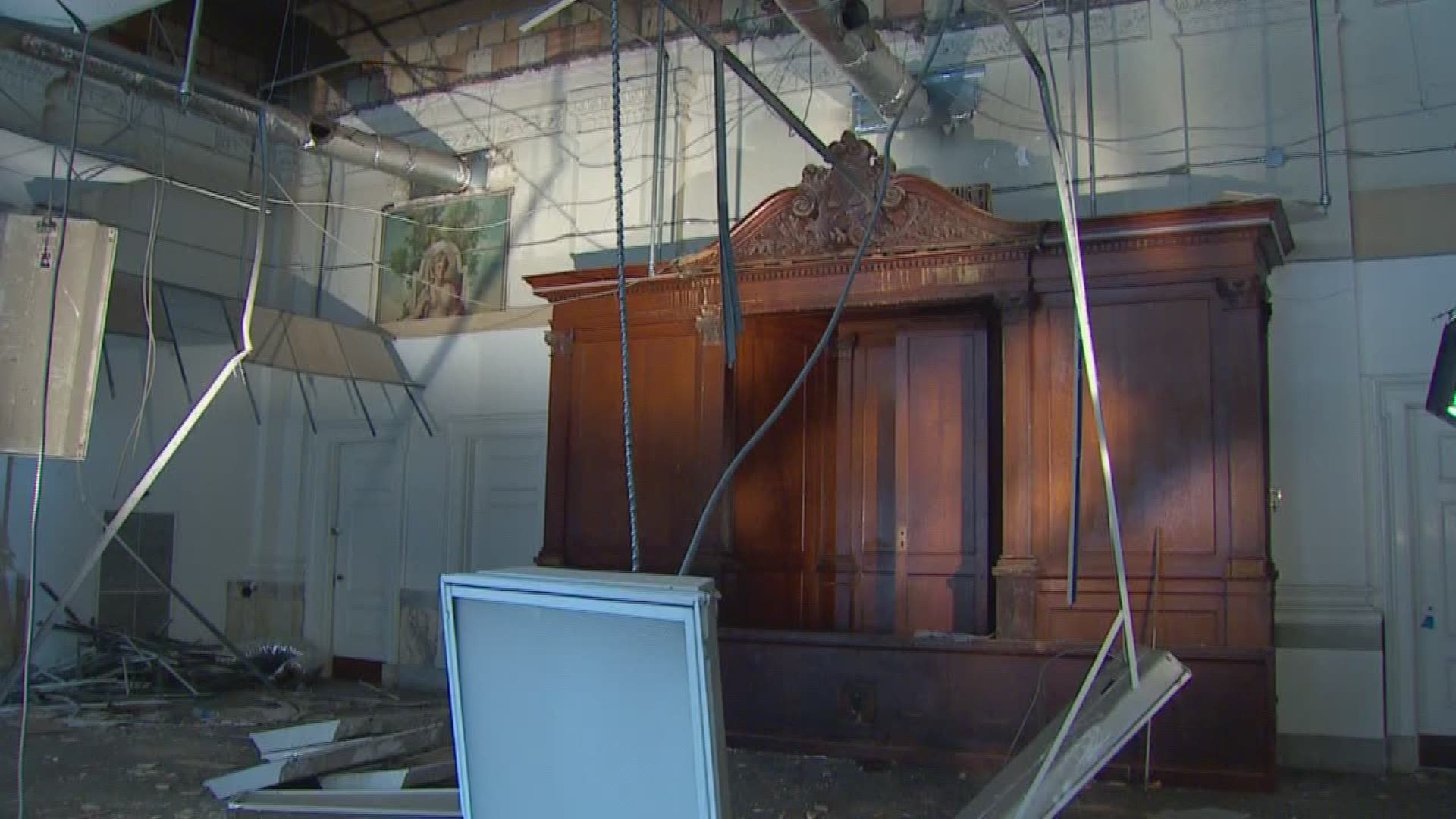 It's not a building you were likely every excited to walk into in downtown. Dallas County hopes by 2020, you will be.

The $138 renovation of the historic Dallas County Records building downtown is already underway and on Monday the precision demolition of the interior will begin.

You will likely not notice the work from the outside because the exterior can not be altered. It is part of the federal historic designation given to the President Kennedy assassination site.

WFAA got a final look inside on Thursday before the work began as county employees and architects have already uncovered some historic treasures, hidden away for decades.

Jonathon Bazan with the county says crews have already uncovered major parts of the courtroom that hosted the murder trial of Jack Ruby in February 1964, that included two murals dating back to 1915.

On the 6th floor of the old courts building, the county has already removed the jail cell that once housed Clyde Barrow before his infamous crime spree with Bonnie Parker.

The renovation will be complete in January 2020 at which time county offices will move from the building that houses the Sixth Floor Museum at Dealey Plaza.