Friend says party "got out of hand" before N. Mesquite student murdered

Daniel Salazar says he just wanted to host a party Friday night.  It ended with one of his best friends dead and Mesquite police still searching for suspects. 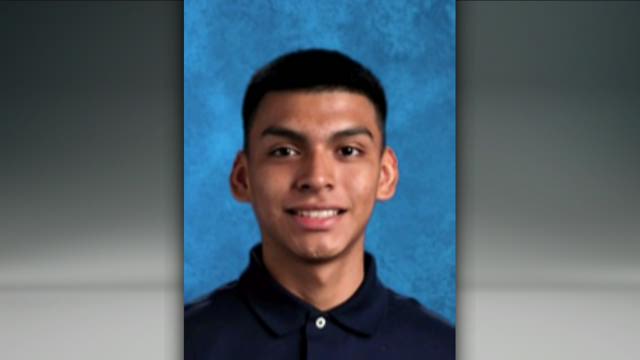 He told News 8 on Monday after the party was posted on social media, he quickly realized people were showing up to the quiet Mesquite subdivision he didn't know.

"Then all of the sudden you hear gunshots and screaming and running,” Salazar said.

Salazar says everyone began running from the house, the suspects included.

His good friend Daniel Pacheco was shot in his backyard. He died Saturday afternoon at the hospital.

Pacheco, 18, was a senior at North Mesquite High School where he was described as a sweet, low key kid who was never in trouble.

"He was real nice, calm and laughed a lot," Salazar said.  "He was just a guy you wanted to be around every day – you wanted to talk to him a lot.”

On Monday, Mesquite ISD had extra grief counselors on hand to help students process the grief of losing a classmate who had been with them all four years of high school.

A fundraising page was started to help pay funeral expenses for Daniel Pacheco.  It had raised a little more than $1200 as of late Monday.