Four Dallas judges work to give teens 'Pipeline to Possibilities'

The so-called school to prison pipeline is a damaging trend. 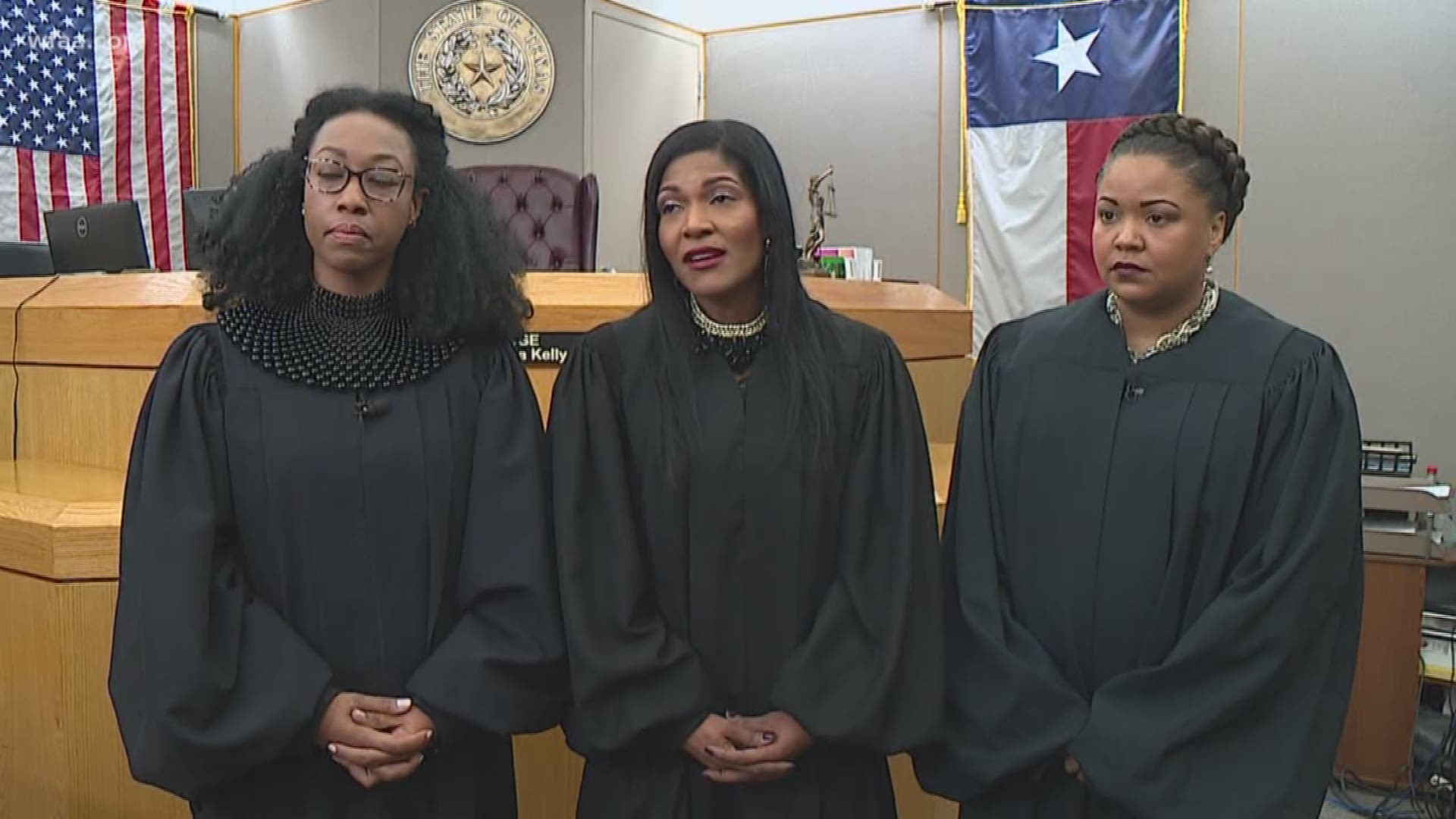 Mentoring programs in Dallas are, once again, making national headlines. A group of Dallas County judges is hosting some unique classes geared at helping to keep teens in school and out of the courtroom. It's trending on social media this week.

In many inner city communities, policies pushing students from the classroom to the criminal justice system are more than a notion.

“You’ve heard about pipeline to prison. That's what they are saying our high schools are," said Judge Stephanie Mitchell.

The so-called "school to prison pipeline" is a damaging trend -- some Dallas County judges said they're facing every day.

"I see a lot of young people come in, between the ages of 17 and 25,” explained Judge Lisa Green. “Most of them are often first time offenders.

Tackling the social issue, by engaging students and working to change the narrative, has been a strategic mission for judges Amber Givens-Davis, Lisa Green, Stephanie Mitchell, and Shequitta Kelly. They have been joining forces on a unique mentoring project called “Pipeline to Possibilities.”

“One of the things we've seen through the program is kids feel comfortable opening up to us," Judge Mitchell said.

The judges have been working on Pipeline to Possibilities for a few years now. They have been impacting hundreds of students across Southern Dallas. They are teaching the teens about the justice system, introducing them to mentors, and exposing them to resources and options.

The judges and their Pipeline to Possibilities program are getting national attention, right now, partly due to their connection to rival sororities. Judge Kelly a member of Delta Sigma Theta. Her colleagues on the bench are sisters of Alpha Kappa Alpha. They say that didn't play into their partnership.

"It just happened," the women laughed.

"We just so happen to all be Greek,” Mitchell said.

The four-week program and its curriculum are all about service and letting students know about options and consequences.

"We've seen an amazing impact,” Mitchell said. “We've seen these kids actually feel like there is hope at the end of the day for them."

The judges said they are trying to help teens explore their possibilities and potential.