Christopher Hess, 42, was found not guilty of aggravated assault by a public servant in the January 2017 shooting death of Genevive Dawes. 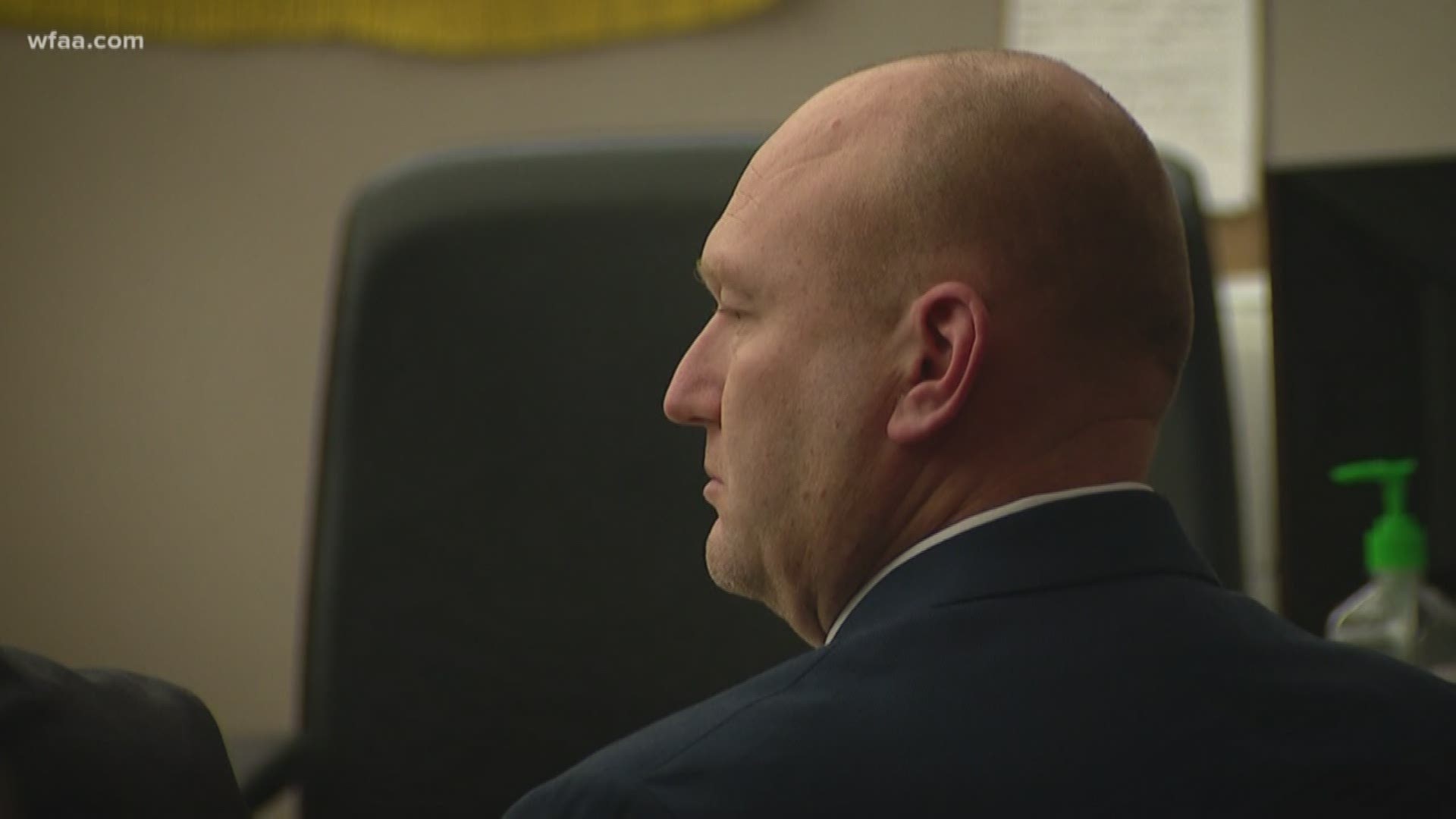 A former Dallas police officer can "breathe again" now that he has been acquitted in the January 2017 shooting death of a 21-year-old woman, his defense attorney said Thursday.

After about 10 hours of deliberation, a Dallas County jury found 42-year-old Christopher Hess not guilty of aggravated assault by a public servant in the death of a Genevive Dawes.

Relatives of Dawes expressed sorrow and frustration after the verdict was delivered Thursday. They said they believe the former cop got away with harming the mother of two.

But defense attorney Messina Madson said she didn't think Hess "is getting away with anything."

"I think that the last three years, he has been under a microscope. People have questioned every decision he made. They have basically torn his life apart based on a decision made in a few seconds. And today he finally gets to breathe again," Madson said.

Hess was one of the officers who responded to a suspicious person call in January 2017 at an apartment complex where Dawes was in a parked Dodge Journey.

Body camera footage showed the Dodge start to reverse, then pull forward and then reverse again while surrounded by police.

Defense attorneys argued that Hess was an "exemplary" officer who shot to "eliminate the threat." Madson said the jury "reached the right verdict."

Prosecutors argued that Hess was unreasonable when he shot into the car, killing Dawes. Prosecutor George Lewis said he respected the jury's verdict.

"However we will continue to evaluate and prosecute these cases," Lewis said.

Relatives of Dawes said they were upset by the verdict.

"We can't let that be justified," her cousin Joseph Vickery said of the number of shots Hess fired into the car.

Dawes' grandmother said the woman's children are now afraid of the police.

“Every time police pass by the house she hides because they think they’re coming for her. And I tell her, ‘No, don’t hide and don’t be scared,'" the woman said in Spanish. “But she says, ‘I’m scared they’re going to kill me like they did to my mom.’ And I don’t know what else to tell her.”

The case largely came down to how the jury interpreted body camera video worn by five of the six officers who responded to the call.

"The power of them (jury) being in control and getting to watch that body camera as many times as they need to find the truth, that’s important," Madson said.

The jury only sent two notes to the judge during the deliberations.

Daryl Washington, who represents Dawes' family in a civil suit against Hess, said one of the questions asked whether Hess had been terminated.

Hess was fired from the Dallas Police Department in July 2017, nearly six months after the shooting and shortly after a Dallas County grand jury handed down its indictment.

"Juries are left to believe that these individuals are still police officers despite their act,” Washington said.

The key question during the trial centered around whether Hess was “reasonable” when he opened fire 12 times on Dawes during a stolen car call.

During the five day trial, multiple officers testified that they too would’ve fired if Hess had not.

The 42-year old never took the stand and he left the courthouse without appearing before cameras.  Madson maintained the shooting was a tragedy that Hess could not avoid.

“I believe he speaks genuine when he tells you he felt he had no other choice that night," Madson said. "And there’s power in truth.”

Hess’ acquittal marks the second officer to receive a not-guilty verdict from a Dallas county jury in the last year. Former Mesquite officer Derick Wiley was found not guilty last year of aggravated assault by a public servant. 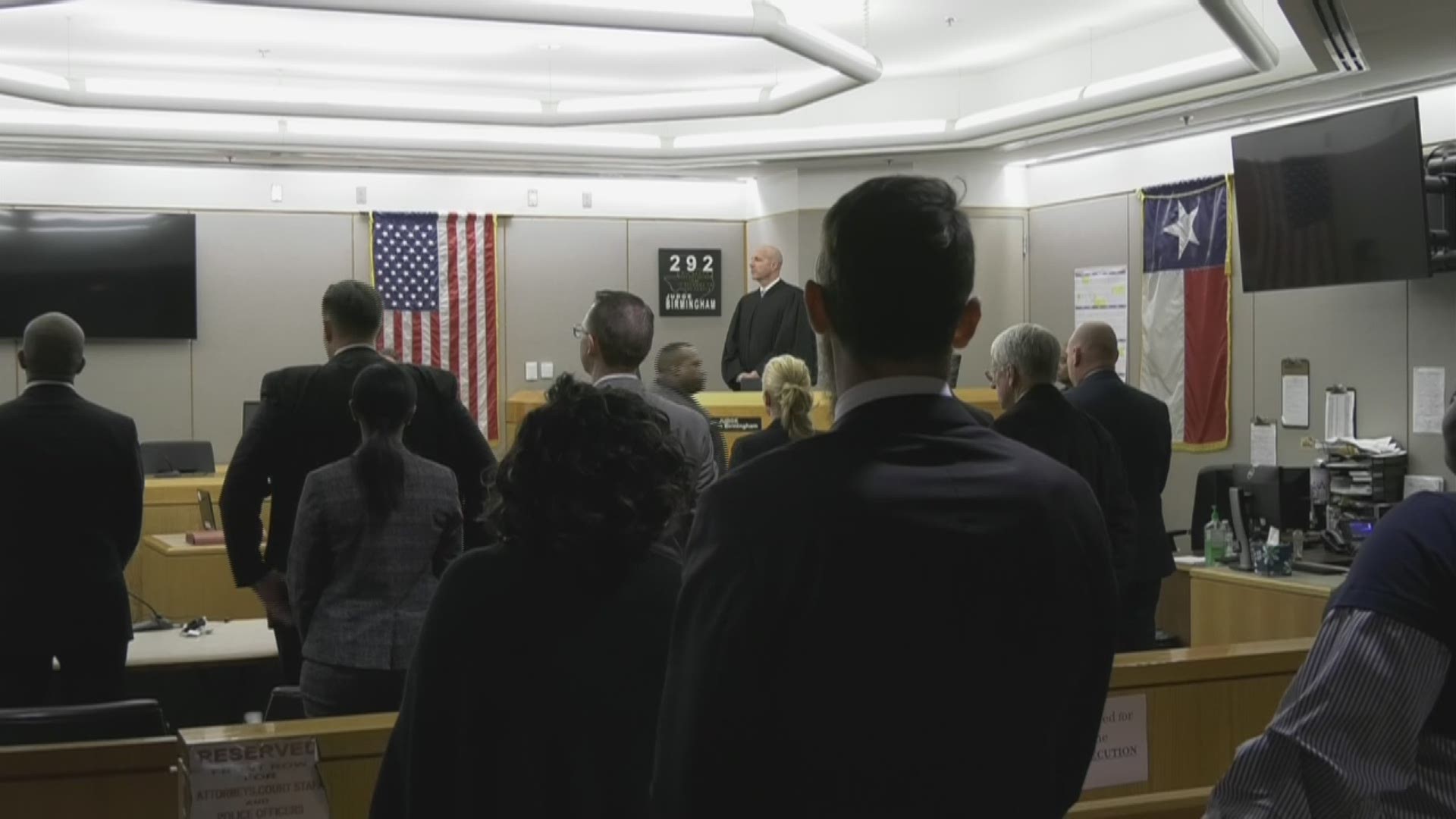 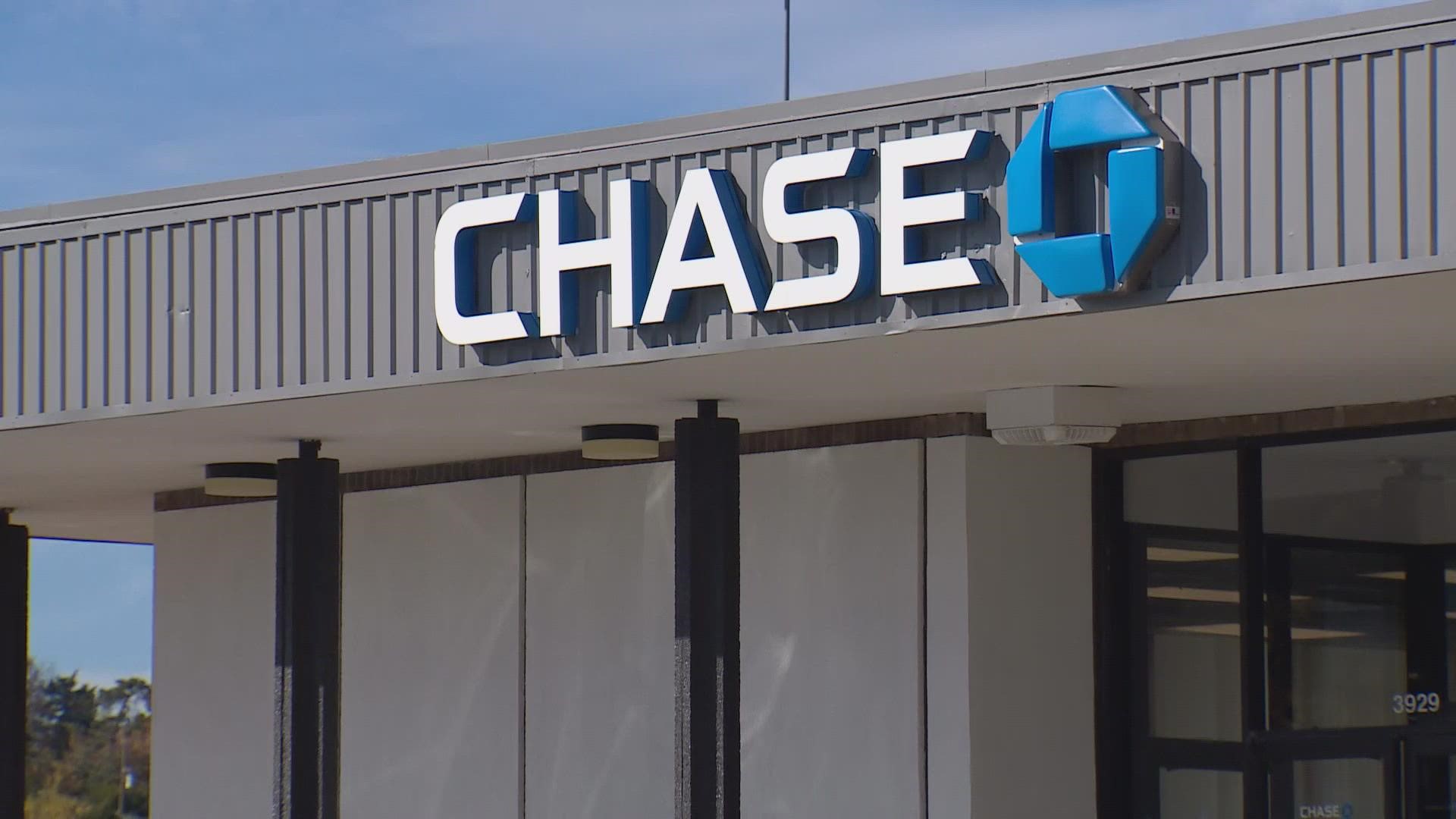