Dozens spend a night on the streets to support homeless youth

DALLAS - When the temperature drops, many of us take our warm beds for granted. 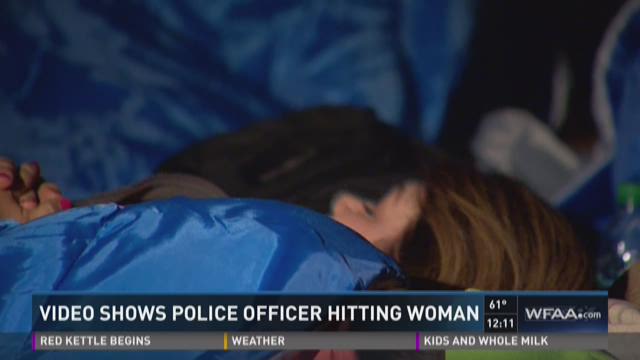 DALLAS - When the temperature drops, many of us take our warm beds for granted.

But thousands of people across North Texas don't have a warm bed to go home to, and that's why dozens of people volunteered to spend the night in their shoes.

More than 30 volunteers spent the night outside Promise House in Dallas, in the rain, with sleeping bags and cardboard boxes.

They raised more than $90,000 to help homeless young people through Promise House, which provides shelter for homeless youth and provides long term programs to help them get back on their feet.

The Sleep Out also aimed to start a larger conversation about the scope of the issue in Dallas.

Promise House estimates 1,200 young people are living on the streets in the Dallas area.

"It's a hidden issue, a lot of people will say, 'It's not in my community at all,'" said Promise House CEO Ashley Lind. "You can't see it. The children do hide, they're afraid."

Many are children who come from troubled homes. For some, their parents are in jail. Others come from situations that involved abuse. Each child has their own story. but each, Lind says , deserves a second chance.

Promise House has 100 beds, and they stay packed.

The experience was eye-opening for people like Kimberly Jenkins.

"It was just one of those moments that make you really appreciate being able to go home. It was really heartfelt and you kind of got that feeling of tossing and turning and it was like, wow," said Jenkins, who volunteered to sleep out.

Friday, the Promise House will roam the streets in a van, as usual, reaching out to young people on the streets, to provide food, supplies, and see if they need shelter.

It's even more crucial on nights when the temperature dips to near-freezing, which is expected this weekend.

A recent Housing and Urban Development study shows the homeless population is declining nationwide and in Texas, but there is still a lot of work to do.

To find out more about how you can help, go to promisehouse.org.