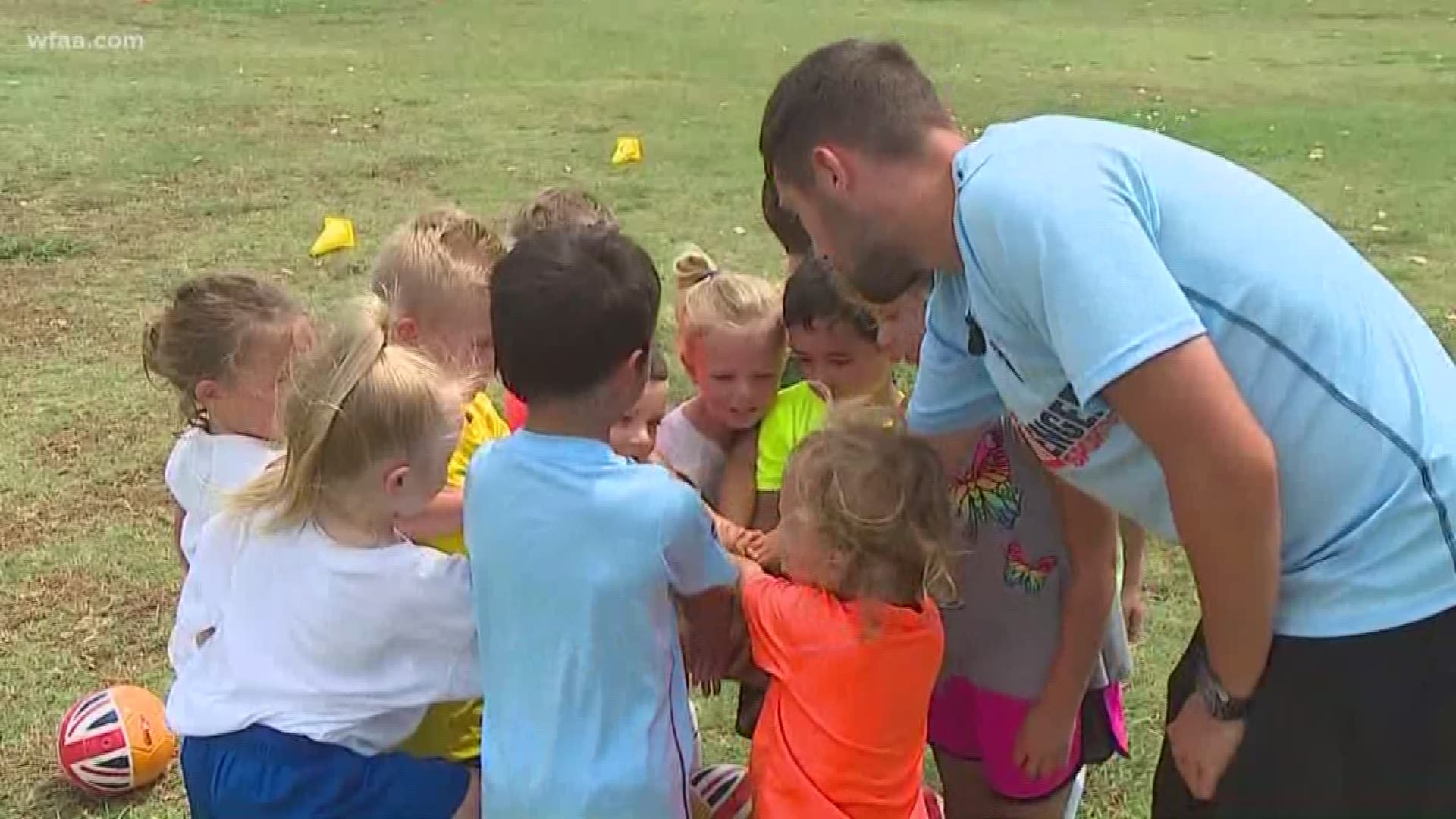 DALLAS – School is out for summer. So, that means soccer lessons are in full speed with Challenger Sports Soccer Camps across North Texas.

On a field in Flower Mound, there is an extra air of excitement as young athletes and coaches learn it’s possible North Texas could host some of the 2026 World Cup soccer games.

”I think it’s definitely growing over here,” said soccer coach Bradley Keegan. “It seems to be getting really, really, important out here. Especially with the younger guys like we’re coaching today.”

”This is a gigantic step for this city to really, sort of, put their best foot forward,” said Dan Hunt, President of FC Dallas. He is also Chairman of the Dallas host city bid.

Hunt says the Dallas-Fort Worth area has facilities already in place to sponsor some of the 80 soccer matches, including the AT& Center.

The last time Dallas saw a World Cup was back in 1994. The games were held at the Cotton Bowl. Hunt believes bringing some of the 2026 soccer games to North Texas could mean 3,000 jobs and at least $400-million in economic impact.

"I think it’s going to be awesome,” said Amy Clark. She is a soccer mom, former athlete and soccer coach.

“I hope the tickets are affordable, so that we can all go,” Clark mentioned. “My daughter will be 16 at that point, so hopefully she will have a job and she can pay for her ticket as well.”

The Dallas host city bid team say the North American cities may not be announced until 2021.