On the streets of Dallas, a Gang Unit officer is a rare sight to behold these days. 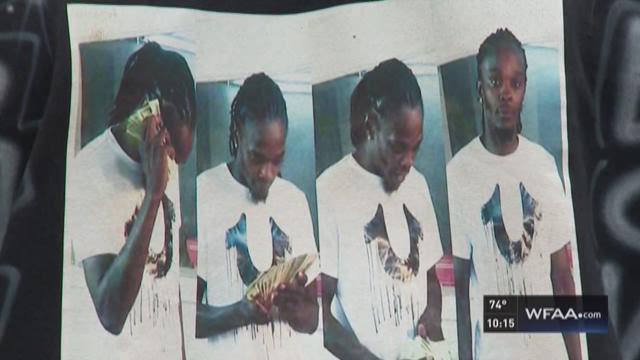 On the streets of Dallas, a Gang Unit officer is a rare sight to behold these days.

The unit once numbered closer to 30 gang enforcement officers and detectives. These days, there's just nine. Five were recently assigned to help out the unit.

"To me, it's unexplainable. They can't do their job. They can't," said Wes Melton, who recently left the department and now owns a karate dojo.

Fort Worth, by comparison, has three sergeants and 28 officers assigned to its unit.

News 8 spoke with numerous Dallas police officials knowledgeable about the city’s gang situation. They could not be named because they feared retribution, but they back up Melton's assessment that DPD doesn't have enough manpower dedicated to tackling the gang issue.

"They don't have enough people," says one police official. "You can't do it without people."

Earlier this year, Melton set out to prove that many of Dallas' murders were connected to gangs. Melton spent hundreds of his own time on the project.

His findings showed that at least 40 percent involved gang members -- either victims, suspects or both. He and others were trying to convince commanders to beef up the gang unit.

When Melton finished his project, commanders looked at Melton's findings.

"I was told that information was no longer needed to be kept up with, thank you for your hard work," Melton said.

Commanders also suggested that there's no need for him to keep documenting the connections between gang membership and murders. He was stunned by the command staff's response.

"It meant that they we're taking information we could use to prove and just throw it away and to me it was a disservice," he said. "I was told there is not a gang issue in the city of Dallas which I knew that wasn't true."

Melton was not in the gang unit but he worked closely with them on a violent crimes task force.

Those familiar with the situation say Dallas is drastically undercounting its gang population, largely because there's not enough gang officers to properly document gang members.

So why would Dallas undercount its gang population?

A rivalry heated up in Dallas this year.

Police pointed us to music videos posted on YouTube by rap groups calling themselves the Ben Frank Gang, or BFG, and YNB. Authorities are still in the process of documenting the potential gang membership of the people in the videos.

In one video made by BFG, the video starts with what appears to be the kidnapping of a rival gang member's sister.

Another is a tribute to two documented gang members – Damontre Sweeney and Jabri Jones -- shot to death in a car this past March on North Masters Drive in Pleasant Grove. The case is unsolved.

The name Osama is also referenced in this video from YNB. It depicts the killing of a drug dealer named "Osama."

"Make his body quiver, put his body in a river," the YNB rapper says. "Put Osama's body in a swisher."

They rap about "Smoking Ben Frank."

"Smoking" is a reference to murder in gang culture.

Melton and police sources say the killings of Sweeney and Jones sparked a deadly rivalry.

"In gang culture, it's an eye for an eye," Melton says.

Authorities say the rivalry is still ongoing with drive-by shootings and even a fatal fire bombing that claimed the life of a woman in a wheelchair.

A person identifying himself as "Nuski" wouldn't tell us his real name, but claimed to be a rapper in BFG.

He says Sweeney is his cousin and the rap videos are a tribute. He says BFG isn't involved in gang activity.

He also seemed fully aware of the rules of what it takes to be considered a gang.

By law, a gang is three or more people who, among other things, identify as a group to engage in criminal activity and use violence and intimidation. If either group were designated as a gang, then their members would be subject to significantly enhanced criminal penalties.

News 8 was unsuccessful in reaching YNB.

His name was Senior Cpl. Norm Smith. He was killed in 2009 while running a robbery warrant at an apartment complex.

"Back in the days, especially if you see Big Russian coming, you know to get gone," says Damu, a member of one of the Bloods gangs.

He's been in gangs since he was eight.

"I haven't been introduced to no gang unit or nothing," B-Dog says. "I see Dallas police every day, but I don't ever see no Gang Unit officers."

Lamont Levels is a founding member of one of the first Bloods gangs in Dallas. He was blinded in a drug deal gone bad 15 years ago. He now tries to keep kids out of gangs.

"Our politicians are ignoring that we got a gang problem,” he says.

Gang members in the Forest Lane and Audelia Road area of Northeast Dallas have taken to calling it "Northghanistan."

"When a gang unit is not present, who are the gang members going to be scared of?" he says. "They're not scared of the regular officers. That's why you have the random shootings -- so many random shootings that you're having now."

Richard Morris, a former Fort Worth Gang Unit sergeant, says ignoring a gang problem is a bit like ignoring a cancer diagnosis.

"If you have evidence of cancer, you better treat it... and the gangs are like a cancer in our society," he says.

Recently, city council members on the public safety committee asked police commanders why the number of gang offenses in their districts drastically dropped.

Council member Sandy Greyson noted that her number of gang-related offenses in her district had decreased from about 200 in 2013 to four in 2015.

"It seems spectacularly good," she said. "How was that dramatic reduction achieved?"

"There's many times when officers go out there and the offense may involve a gang member, but it has nothing to do with gang activity," Pughes said. "I think we've done a better job of accurately reporting offenses that truly involve gang activity as opposed to just a gang member involved in an offense."

Melton had one word for that assessment.

"That's baloney,” he said. “If it's a gang member involved in any crime, it's a gang crime and should be treated that way," Melton said. "It's a lifestyle. It's a culture."

Earlier this year, DPD deployed its violent crimes task forces to the Forest-Audelia area. Melton and other members of the task force were parked outside of an apartment complex this past March.

Two young gang members were shot and killed inside an apartment.

"There was a big sign right there at the intersection that said 'Beware the violent crimes task force is present,'" Melton said. "The individual had to drive by all those Dallas police officers, drive into that apartment complex, commit a murder against two individuals, get back in a car and drive right back by those same officers. Sitting in an area is not going to deter gang members."

Last month, two men were shot and killed on Lancaster Avenue in the shadow of downtown Dallas. The killing happened in broad daylight.

In recent weeks there was a gang-related drive-by that resulted in an innocent 6-year-old girl being grazed by a bullet outside the TMA convenience store at Second Avenue and Metropolitan.

Two days later, another documented gang member was shot and killed outside the same store.

It's clear that DPD's tiny Gang Unit has its work cut out for it.