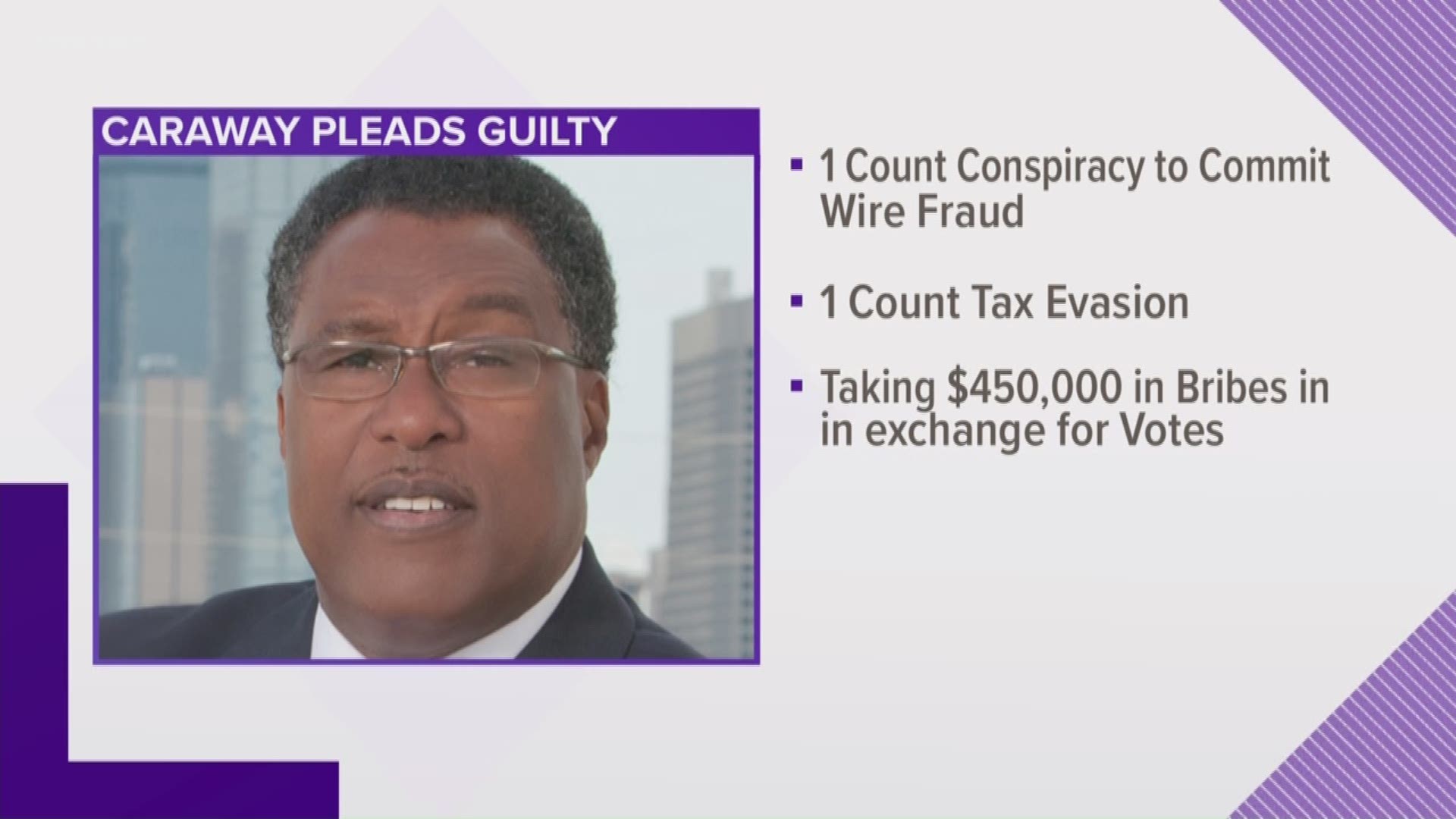 According to documents, Caraway admitted to taking more than $450,000 in bribes and kickbacks in exchange for votes in favor of a camera company, Force Multiplier Solutions (FXS), which sought contract work with Dallas County Schools as part of the stop-arm-camera program.

The bribes and kickbacks date back to 2011, documents say. Dallas County Schools was closed after voters elected to shut down the troubled agency in the November 2017 elections.

RELATED: Explainer: These are the complex bribes that gutted Dallas County Schools

The documents also allege that Caraway pleaded guilty to not reporting "a substantial portion of the bribe and kickback" to the IRS from 2012 to 2014.

"Today is a day of both reckoning and reconciliation for the city of Dallas and its citizens," said Erin Nealy Cox, the United States attorney for the Northern District of Texas, during a morning news conference on the case.

Cox said Caraway and Robert Leonard, president and owner of FXS, both pleaded guilty to one count each of conspiracy to commit honest services wire fraud.

“Honest services fraud is when someone uses deceit to deprive the public of their right to honest and fair representation by public officials,” Nealy Cox said.

Sentencing will take place on Dec. 14. According to the plea agreement, Caraway faces up to seven years. He could also face up to a $500,000 fine, according to law. 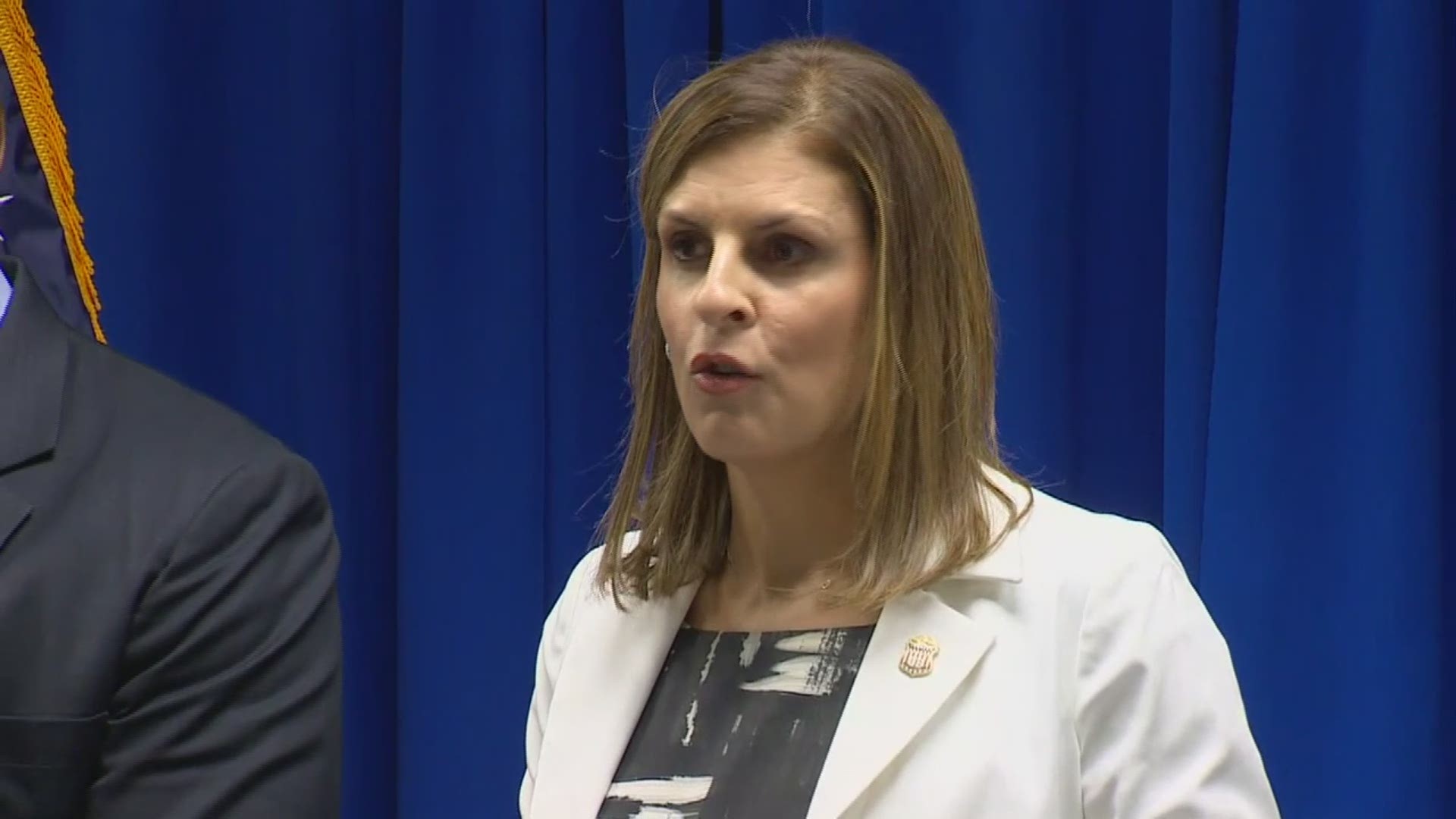 Among those agreements, Sorrells approved hundreds of purchase orders for camera equipment that cost the agency millions, the U.S. attorney said.

"Most of which wasn't installed and sat unused in a warehouse," Cox said of the equipment.

My statement regarding Dwaine Caraway. pic.twitter.com/Aixpczjk3Z

Born and raised in Dallas, 66-year-old Caraway, served as a democratic council member for District Four from 2007 to 2015, until he reached his term limit. Two years after the required break, Caraway returned and won his old seat in 2017.

In February 2011, he became the city's the interim mayor when Tom Leppert resigned. He was succeeded by Mayor Mike Rawlings in June 2011.

"Over the past several weeks, through a lot of prayer and soul searching, I have decided that I must take responsibility for my actions," Caraway said in his letter of resignation to the Dallas City Council. "I have dedicated much of my life to serving others, but have never claimed to be without sin. I'm truly sorry that I must end my career as an elected official because I betrayed the public's trust that I worked so very hard to earn."