The 55,000-square-foot museum on Houston Street in downtown Dallas expects to see more than 200,000 visitors each year. 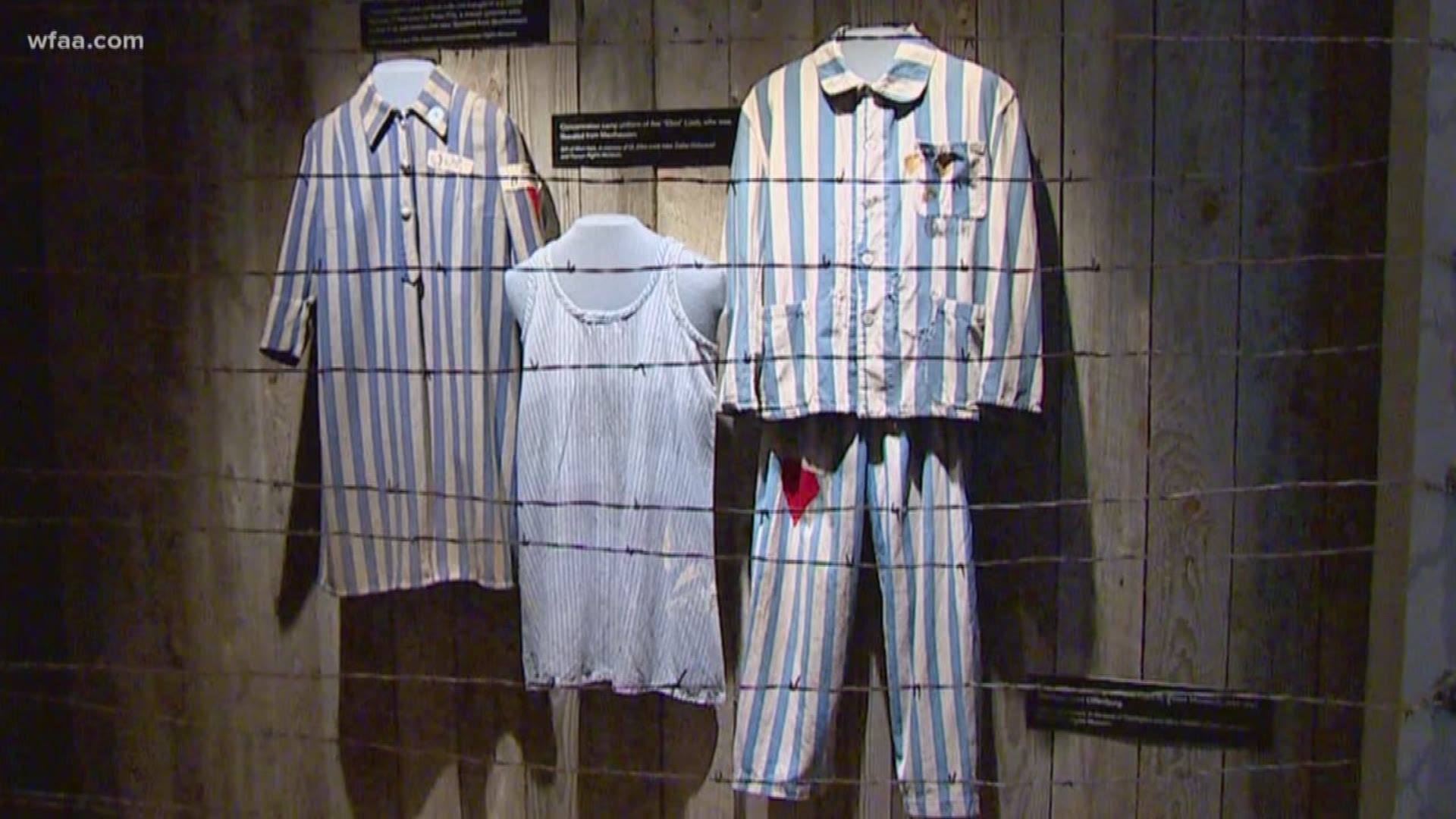 DALLAS — The Dallas Holocaust and Human Rights Museum opens to the public Wednesday.

Construction for the museum started in October 2017.

On Monday, WFAA toured all three floors of the museum. There will be a ribbon-cutting ceremony Tuesday.

“In the times that we’re living in right now, I can’t think of a more important thing for me to do as one of my first acts than to be part of the opening of a museum where people are going to come and learn about hatred and what it means to be an upstander, someone who actually, when they see something that’s not right, will stand up and help,” said Dallas Mayor Eric Johnson.

A total of $84 million was raised for the 55,000-square-foot museum, which includes The Holocaust/Shoah Wing, the Human Rights Wing and the Pivot to America Wing.

Visitors can listen to 68 video testimonies from Dallas-area Holocaust survivors, explore a fully restored Nazi-era boxcar and honor the lives of the six million Jews killed in the Memorial and Reflection Room.

The Dallas Holocaust and Human Rights Museum is one of only two in the world that has a permanent Dimensions in Testimony Theater, which uses voice activation and holographic imagery. It allows visitors to interact with the hologram of a Holocaust survivor and ask him or her questions.

One of the recorded Holocaust survivors is Dallas resident Max Glauben, 91.

“I can close my eyes, and I can tell you what I described, and tell you the shape of the people,” Glauben said. “No faces, but the action I can describe.”

Glauben still has the mark “KL” tattooed on his wrist, which stands for konzentrationslager, designating him as a concentration camp prisoner.

Admission is $16 for adults and $12 for students. Admission for seniors, educators and members of the military is $14 with identification.