The man was walking near Live Oak just days before January and took a nasty spill over a LimeBike that was left in the middle of the sidewalk. 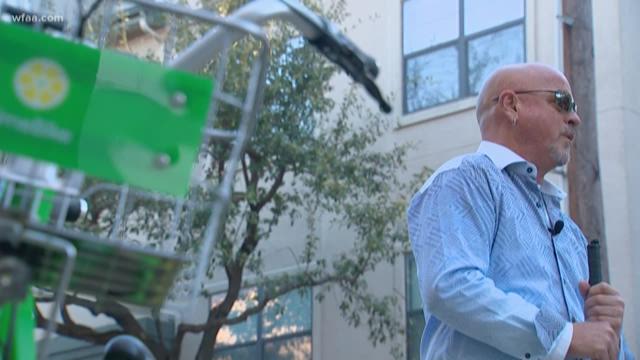 A Dallas man suffering from a degenerative eye disease says he partially tore his ACL after falling over a rental bike weeks ago.

If you live in Dallas, by now you’ve probably seen the thousands of rental bikes that pedestrians must tiptoe around.

For months, complaints have been flooding into the city’s 311 call center.

The biggest gripe? Bikes are being dumped in the middle of the right of ways, sidewalks, trails, and trailheads.

Eric Burton had to learn that the hard way.

Burton lives near downtown Dallas and suffers from Retinitis Pigmentosa, which has taken his sight. He can’t drive and must walk with a cane.

The 56-year-old was walking near Live Oak just days before January and took a nasty spill over a LimeBike that was left in the middle of the sidewalk.

“Someone had just ridden it and dropped it. I hit it, and then just face first you know,” Burton said. “I tore up my knee pretty bad and my ankle.”

Burton says his doctor told him that he partially tore his right ACL, and could need surgery.

Not only that, a few weeks ago—Burton says he also took a tumble over a bike near his home.

He can still walk and says he doesn’t want to take legal action. All he wants is for patrons of rental bikes to stop parking their wheels in the middle of walkways.

“It’s a sidewalk. It’s where people walk. I can’t drive, I can’t ride a bike—this sidewalk is my freedom,” he said.

Burton lives in District 14, which is represented by Councilman Philip Kingston.

WFAA spoke with Kingston, who said that bike companies need to be doing a better job educating riders on how to properly park bikes.

“We’ve got to do something to make sure that people who are leaving bikes in different places are remembering that not everyone gets around as well as we all do,” Kingston said.

Even so, the City of Dallas has yet to pass any sort of regulations regarding rental bikes.

Those regulations were expected to be voted on recently, but council members decided to push back that decision until later this year.

This decision was primarily done, so the city could collect ridership data from bike share companies through the summer.

Kingston hopes that regulations get passed by September. He wants to see some sort of fine imposed against bike share companies each time one of their bikes blocks a right of way.

LimeBike, the company that owns the bike Burton said he tripped over, told WFAA that, “the LimeBike app instructs riders how and where to responsibly park, between the pedestrian-designated sidewalk and the street curb, or next to a bike rack.” 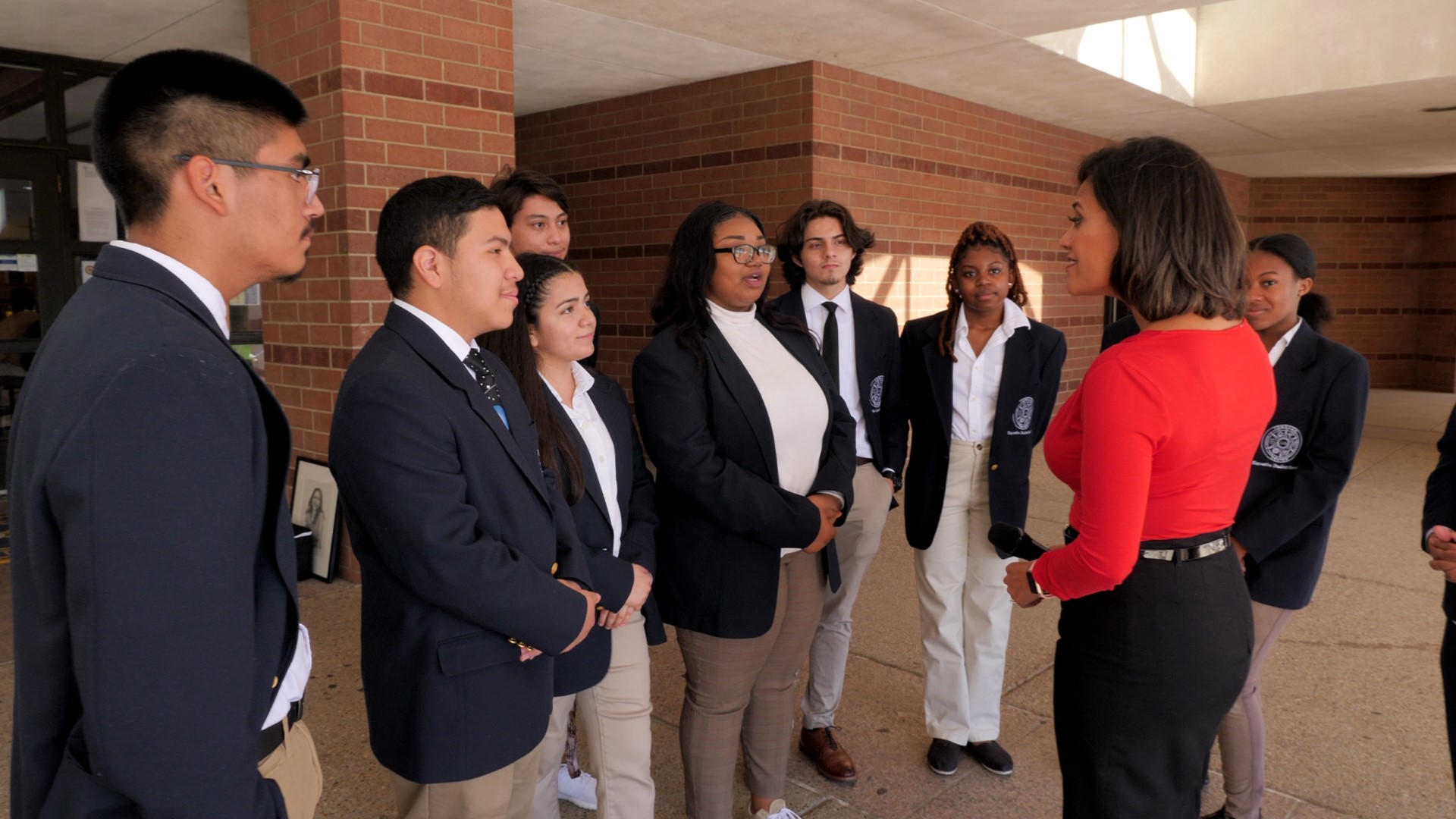