Baby switched at birth in El Salvador back home

It's been a journey for Rich Cushworth and his wife, Mercy. The young couple is now back on U.S. soil after a long battle to find and bring home their son, Moses. The 1-year-old was mistakenly swapped at birth in El Salvador. 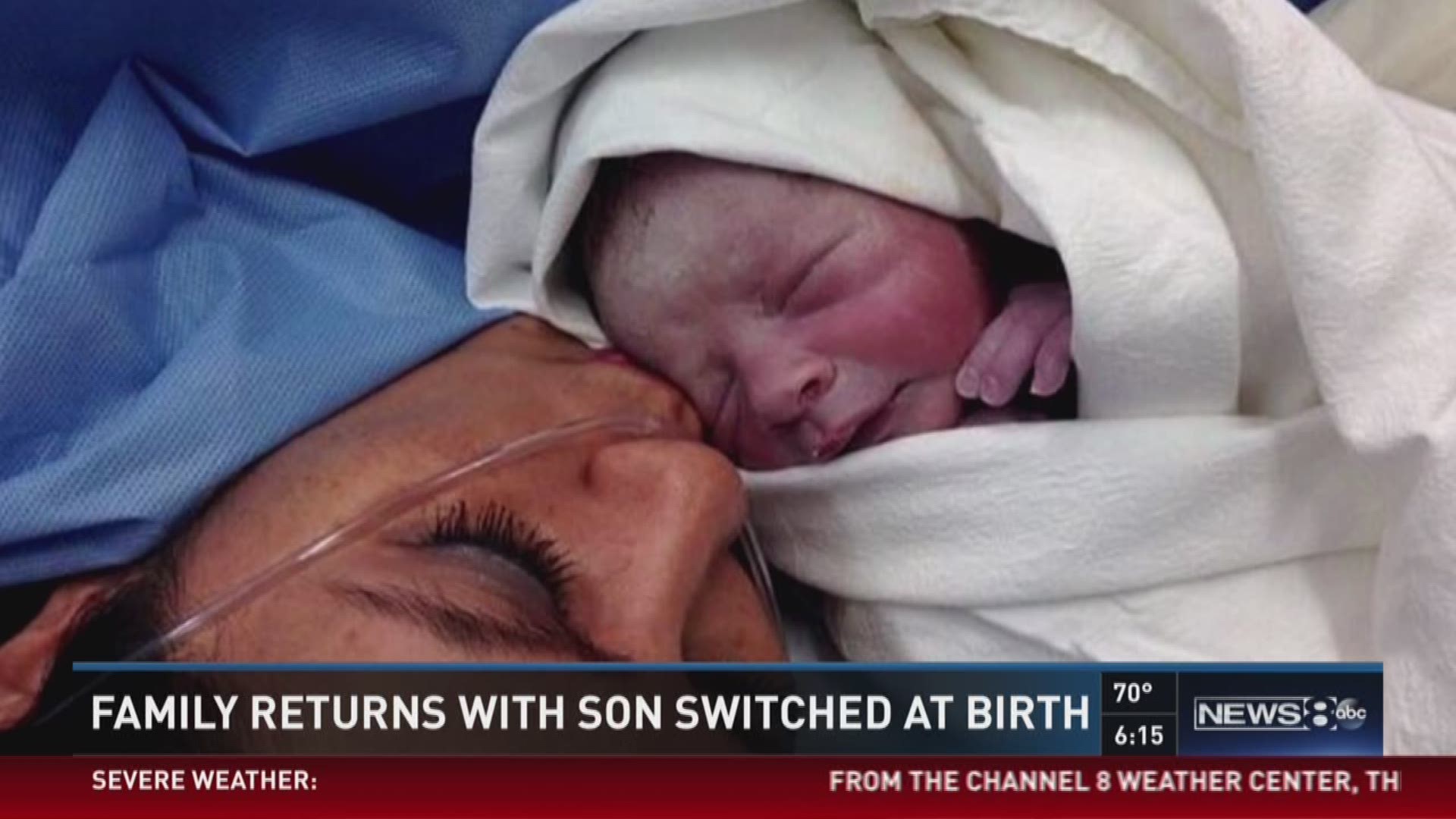 DALLAS -- It's been a journey for Rich Cushworth and his wife, Mercy.

The young couple is now back on U.S. soil after a long battle to find and bring home their 1-year-old son, Moses.

"It's been a long and painful process, and I can't believe we have this beautiful miracle boy here in Dallas," Mr. Cushworth said.

Their ordeal started a year ago, when Mercy, who is from El Salvador, went back home to have her baby.

Rich Cushworth and his wife, Mercy Casanalles, and their son, 1-year-old Moses arrive in North Texas.

She and her husband were married in the U.S. after meeting at Christ for the Nations missionary school in Dallas.

But Mercy was on a temporary visa, so she had to go back home. Her husband stayed in the U.S.

After giving birth in El Salvador, the couple was given the wrong baby.

"When I got him, I said, 'This is not my baby,'" Mercy Casanalles said.

After a couple of months, Mercy had a DNA test and became certain the baby, who they had named Jacob, was not her child.

The couple had only one hour to say goodbye to Jacob before he was taken away.

"I think that was the most difficult part -- we raised him like ours," Casanalles said.

They found their biological son, Moses, but then had to battle with the government in El Salvador, who wouldn't give Moses a birth certificate or a passport to travel to the U.S. until last week.

That cleared the way to come home.

The family attorney is hopeful they will all be able to stay in the U.S.

Their attorney, Shaun Naidoo, says baby Moses only has a three-week visa, but he has faith they family can get permanent status to stay here.

"The story is, if you stick to it, there is a good ending to it," Naidoo said.

The family says God is guiding their journey, and they believe Dallas is their destiny. They have faith they will win their battle to stay here for good.