Three young men are dead after a driver hit them while they were changing a tire Sunday morning in Dallas. 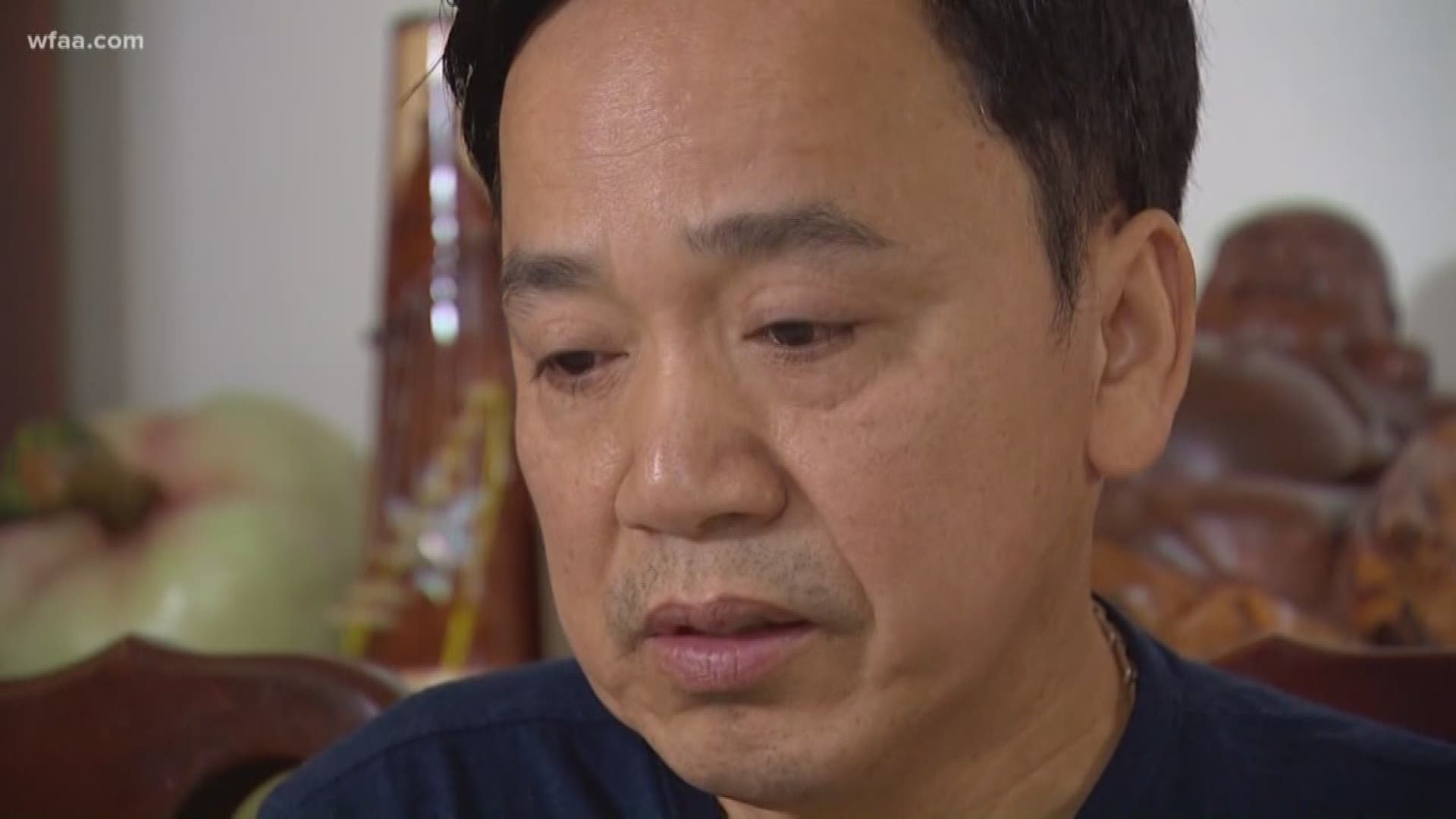 GARLAND, Texas — When Steven Pham woke up Sunday morning, he looked in his garage and saw that his son never made it home.

Christopher Pham, 23, told his parents he would be home late after going to a concert in Dallas with friends.

Instead, police showed up at the Pham home in Garland to let Steven and his wife know Christopher died in hit-and-run crash.

"I keep thinking about him. My heart stops," said Steven. He cried as he thought about what happened.

Around 3:30 a.m. on Sunday, Christopher was in the car with four other friends when they got a flat tire. They pulled over to the side of LBJ Freeway to change it out. Three of them, including Pham, got out to help change the tire. The other two stayed inside.

At that point, police say 32-year-old Jesus Chavarria-Vazquez crashed into Pham, Hieu Minh Doan and David Nguyen. The impact killed all three of them.

The two friends inside the car were hurt, but survived.

Police say Chavarria-Vazquez's truck was disabled and he fled on foot, leaving his injured 12-year-old son at the scene. Detectives are still searching for him.

Steven Pham said his wife is Buddhist, and said she hears her son calling for him. His death was sudden, and they need to pray for his soul to come home.

"We believe he is still on the highway. His soul is still there," Steven said.

Dallas Police are asking anyone with information to contact Vehicle Crime Detective Jackson at (214) 671-0009.