J.J. Koch cited Abbott's order, but it says that individuals are encouraged to wear face coverings when in areas of high transmission 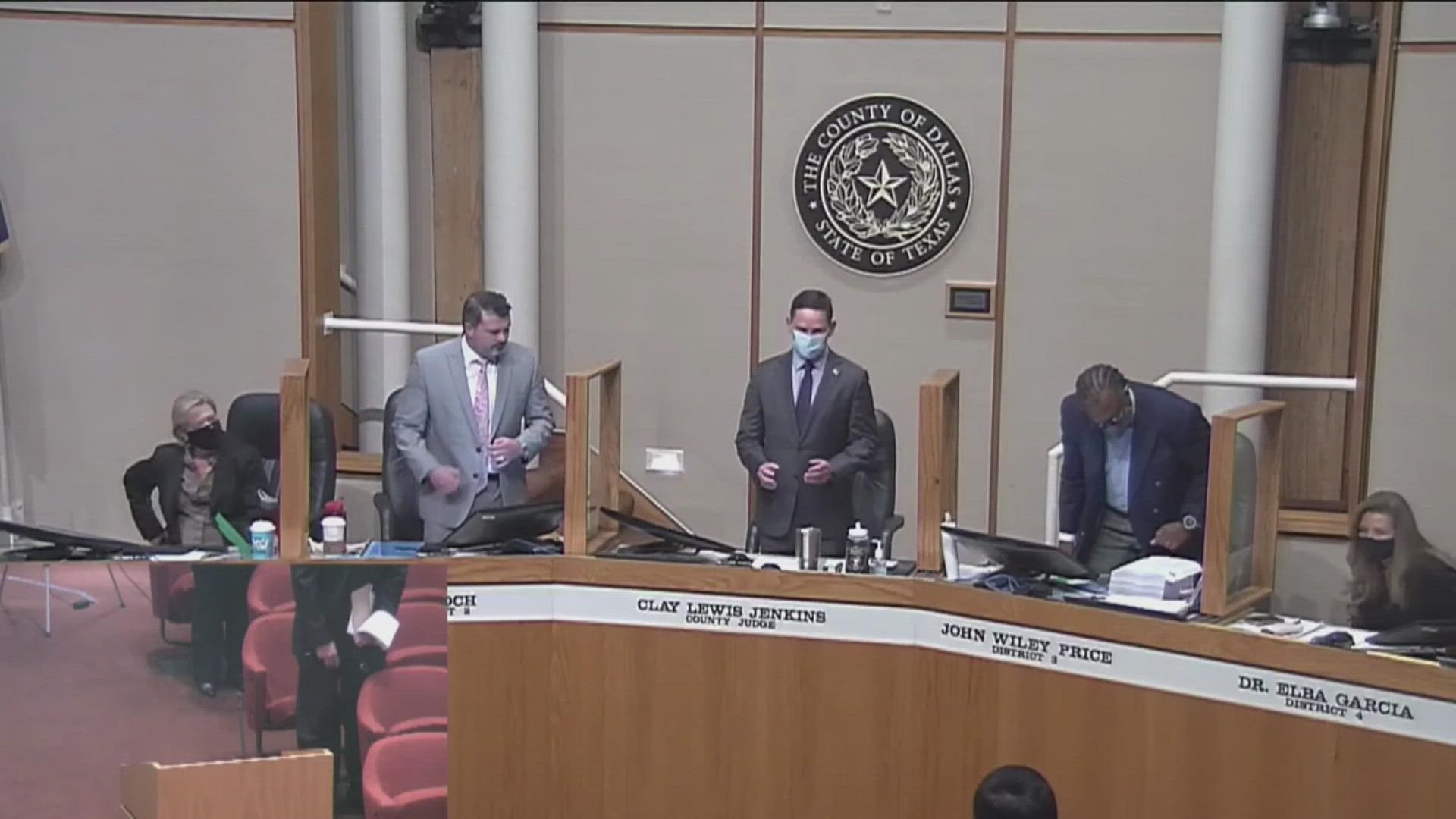 DALLAS COUNTY, Texas — Dallas County Commissioner J.J. Koch was escorted out of the commissioner's meeting Tuesday after refusing to wear a face mask.

Following the opening prayer, Dallas County Judge Clay Jenkins advised the courtroom that he required face masks in the courtroom.

On Friday, Administrative District Judge Maricela Moore ordered that anyone entering a Dallas County courthouse must wear a mask.

Koch, who serves District 2, told WFAA after the incident he isn't against wearing a mask, but said Jenkins was going against Gov. Greg Abbott's latest order.

"At the end of the day, no one should be told to do that in such a manner like clay Jenkins did, and he does not have the authority," Koch said.

However, Moore's order cites as its authority, a Texas Supreme Court order "that confirms the judiciary's authority to take reasonable actions to avoid exposing court proceedings and participants to the threat of COVID-19."

Abbott's order also says that individuals are encouraged to wear face coverings when in areas of high transmission when social distancing isn't possible. Dallas County is considered a high transmission area, as are all North Texas counties.

Jenkins also said that he would enforce it, after speaking with UT Southwestern on the evolving situation with the COVID delta variant.

"Certainly don't want to exclude any court members from our session, but we have a court member, staff member who feels strongly that they just should not wear a mask," Jenkins said. "We have a virtual option for them. We will ask them to use that virtual option."

The bailiff then escorted Koch as he gathered his items and left the courtroom.

Koch told WFAA he is now plans to sue Jenkins to get a judge to determine if Jenkins has the authority to require the masks in commissioners court. Jenkins said this is not about politics, but safety.

"We are stronger when we work together let’s follow the local doctors advise and mask indoors," he said.

Jenkins also said that the county should return to red on their color advisory chart, but that doctors are meeting to produce a new guideline for vaccinated and non-vaccinated people on masks since Dallas infections rates are rising.