Steve and Elizabeth Jones said it was fate that the Ambassador hosted their wedding reception. 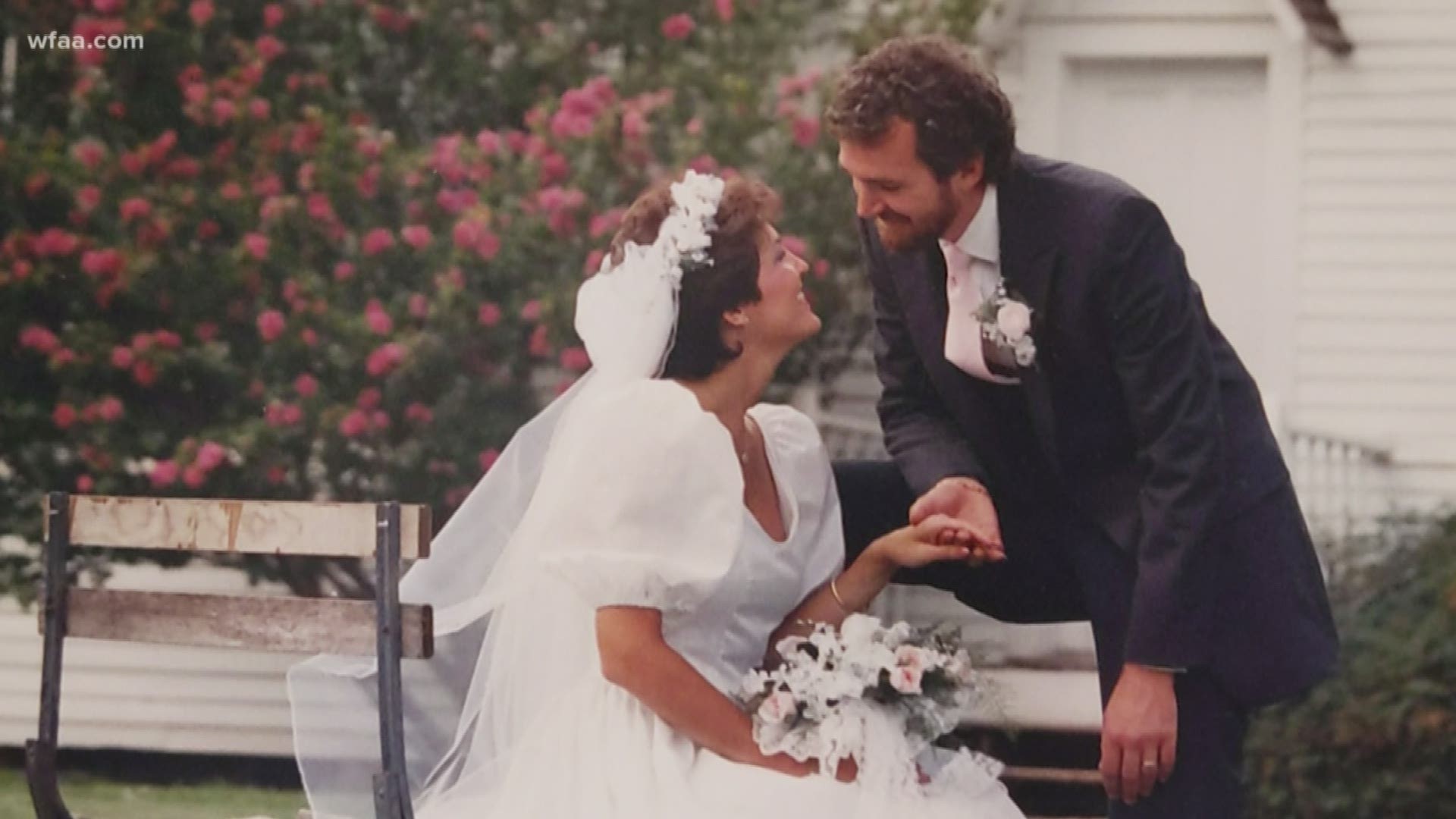 DALLAS — As crews knocked down the historic Ambassador Hotel in Dallas with a wrecking ball Tuesday night, those who once made a personal connection inside its four walls are taking a bittersweet trip down memory lane.

The 115-year-old hotel caught fire early Tuesday morning, and by the end of the day, it was being demolished brick by brick.

The cause of the fire is still being investigated.

For Steve and Elizabeth Jones, the charred images of what was once a luxurious hotel were sobering. "To think, 'Oh gosh, that's where we had our wedding reception,' and it's gone now," Steve said.

In 1986, the Jones' selected the Ambassador to host their wedding reception.

Steve is originally from Oklahoma, and Elizabeth is from Massachusetts. They found each other in Dallas in the '80s when they landed in Texas for work.

After hitting it off at a dance club, Steve said that he non-traditionally asked Elizabeth to be his wife at a sandwich shop in town, and their wedding adventure began.

"We planned every ounce of it before we told anyone that we were getting married," Elizabeth said. "And the elegance of the Ambassador was just amazing."

The hotel that once hosted three U.S. presidents as guests seemingly fell into the Jones' lap.

The two had already settled on a chapel, and the Ambassador was right down the street.  "You know, it was a block away from the chapel over to the Ambassador, so it was really close," Steve said.

"So it all just worked together, and it was really wonderful," Elizabeth added.

From their home in Allen, the couple thumbed through a wedding scrapbook that they've kept pristine for decades.

"When there's a tornado warning, this book is one of the first things we grab before going somewhere safe," Steve said.

Both laughed and reminisced about family members who attended their special day, how they had to secure a cake last minute, the type of dance floor that was in the ballroom, and which picture was their favorite taken that day.

They both agreed it was a shot of their niece who adorably hijacked Elizabeth's veil for a picture.

"She said she didn't want to get in trouble and wanted to keep it safe so she wore it," Elizabeth said with a laugh.

Most of the couple's photos were taken by a picturesque staircase and fireplace in the hotel's lobby.

The Jones' still have their wedding video, too. It's preserved on VHS and also shows a number of shots inside the Ambassador as the two greeted guests and shared their first piece of cake.

It ends with them driving away from the hotel in a car decorated by family members. That entrance looks very different as of Tuesday.

But even with the four walls of the hotel gone, the memories the Jones' made that night will live forever.  "It's very sad that it's completely gone, I mean it just breaks my heart," Elizabeth said.

"When you plan something, you never know how it's going to turn out but we both really enjoyed it," Steve said. 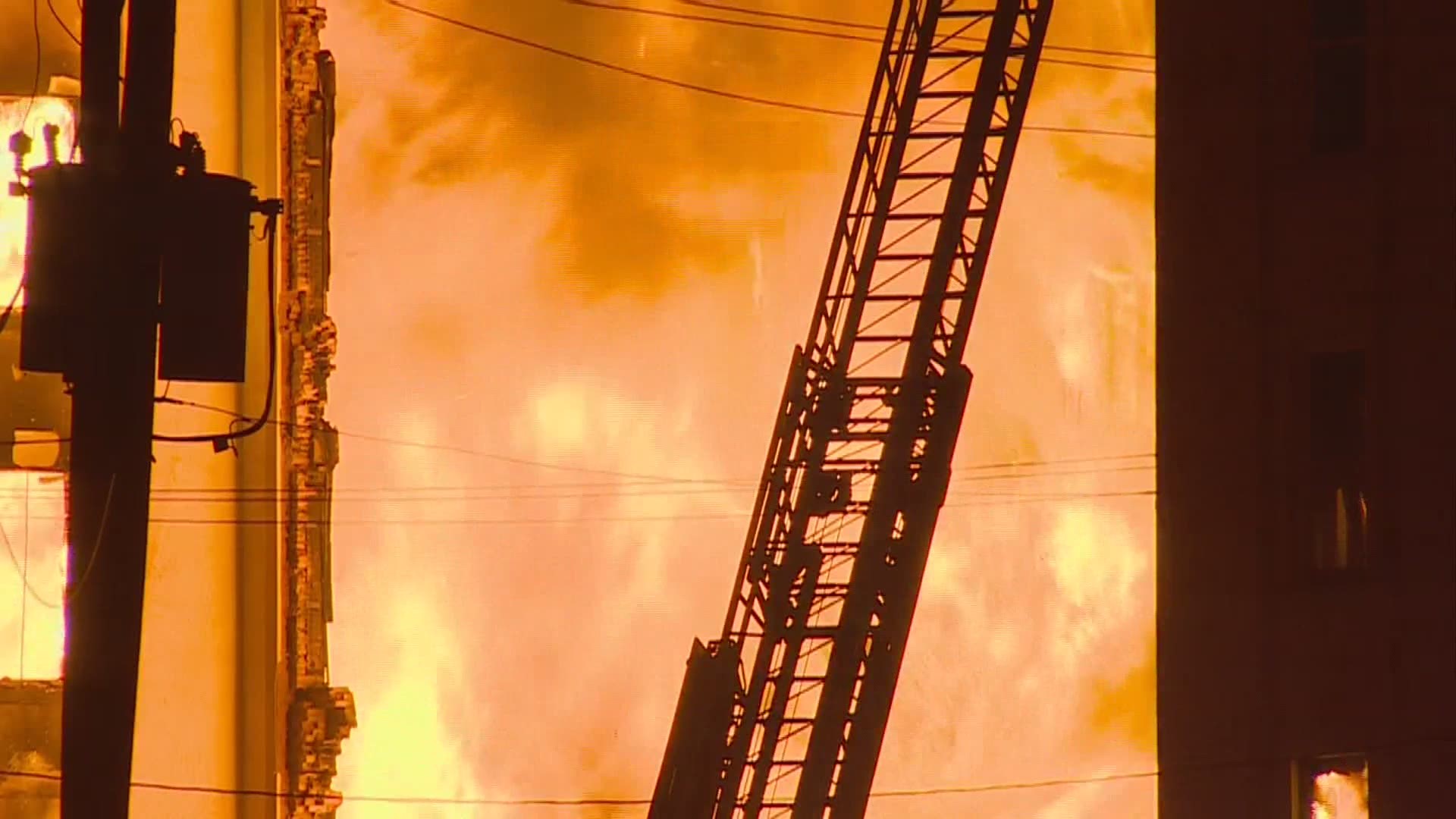