With the help of anonymous donors Howdy Homemade can continue to serve its special needs employees and ice cream. It raised more than $120,000 in 10 days. 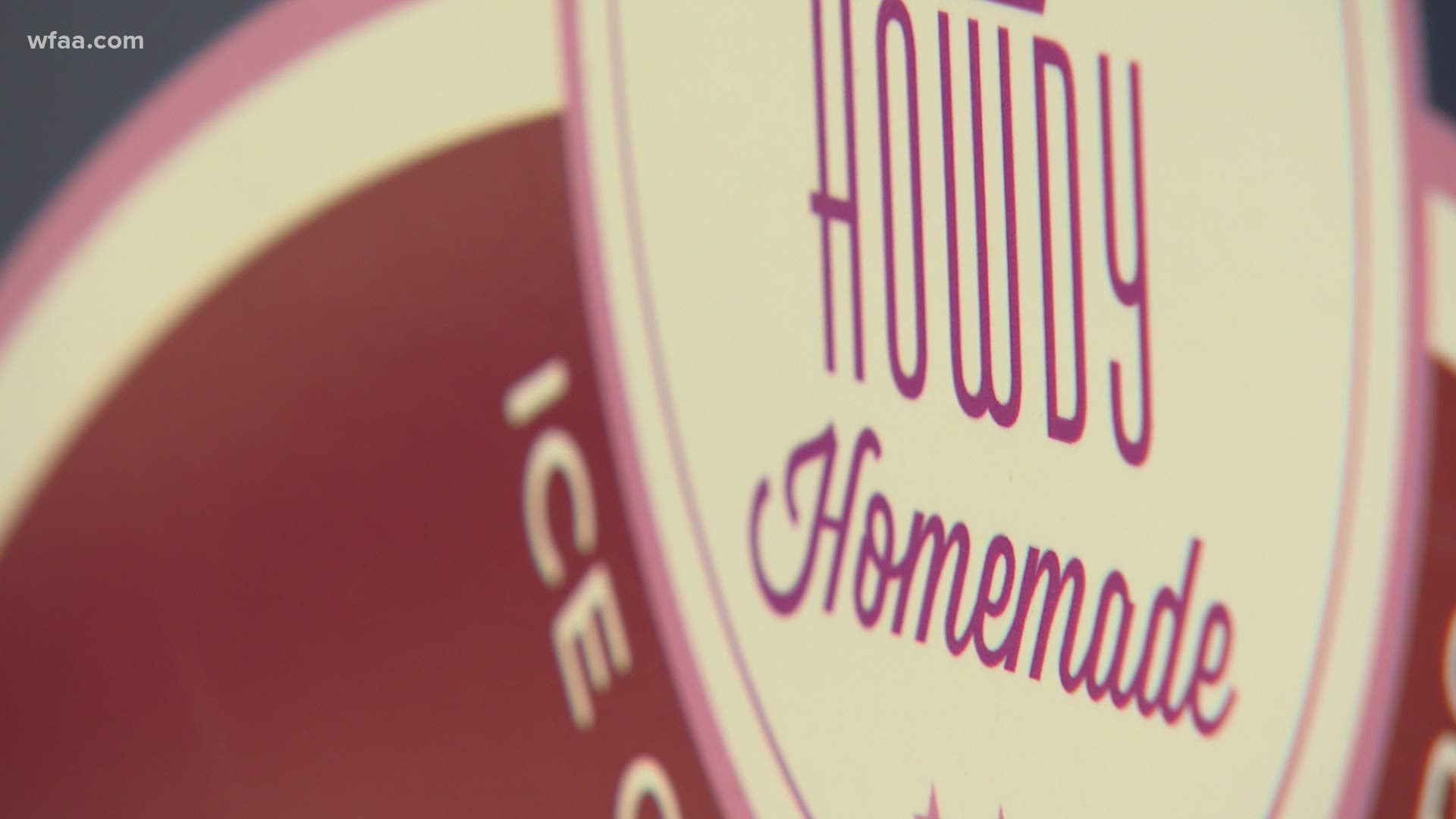 DALLAS — Tom Landis was nearly at the end of his rope with an ice cream shop he had invested in for five long years. He said he mortgaged his house and depleted his savings for Howdy Homemade Ice Cream.

Howdy Homemade Ice Cream is not just any ice cream shop. It employs people with special needs. Landis, a former youth pastor, told WFAA that giving the special needs community opportunities to earn a living is worth more than any pride or fame.

"Give me the underdog. Give me the nation of people nobody wants to pay attention to and only family and friends who know they can do it," said Landis.

Landis is set to open up a new location off Inwood Road across from Jesuit High School on Thursday. He said the pandemic forced him to close his shop for two months and a good number of employees stayed home because of compromised immune systems.

RELATED: Small businesses make up 45% of Texas jobs. How is COVID-19 affecting them?

"Some of my best employees have been home since March. That stinks, right?" he said.

Howdy Homemade employs roughly 11 people with special needs. WFAA met with Kailin O'Brien who was scrambling to clean the chairs at the front of the shop.

But Thursday's re-opening would not be possible if not for the donations of people who raised more than $120,000 in 10 days to save the shop that serves more than scoops.

"We should be in the graveyard. And man...Dallas saved us," he said.

RELATED: Texas teachers want to get back in the classroom, but these are their concerns

On Wednesday evening Steve Stone brought his daughter Anna to the shop to get a strawberry flavored ice cream. Landis was kind enough to let people in even if he wasn't officially open. Anna also has special needs and Steve says he is thankful for the school programs and businesses that give the special needs community and his daughter a chance.

"We will always support any type of business that supports special needs," said Stone.

Howdy Homemade officially opens on Thursday from 1 p.m. to 9 p.m. The following funding page has been created to help the shop with expenses.