Complaints are pouring in about a strong smell of chlorine in the water in Collin County. 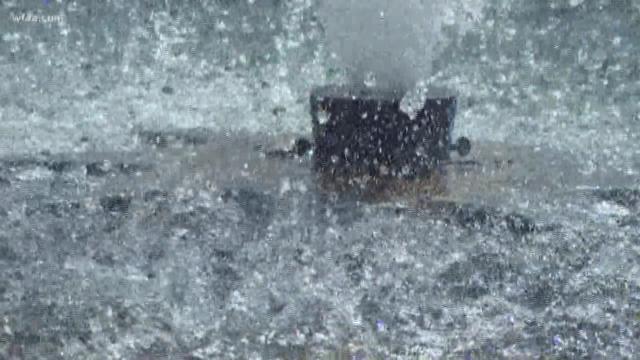 PLANO, Texas -- Complaints are pouring in about a strong smell of chlorine in the water in Collin County.

The North Texas Municipal Water District acknowledges a chlorine maintenance program approved by the state and the EPA is causing a smell, but the district maintains that the water is safe.

Families from Frisco to Plano to McKinney are not convinced.

“It’s very strong. It almost smells like a swimming pool,” said Leigh Wilcox, holding her seven-month-old daughter Kaia in her arms. “We’re very concerned, especially having a little one. We’re super cautious about what goes on her body and in her body, because her little brain and organs are still developing. It’s a big deal.”

Wilcox and friend Jamie Smith-Stephens, a fellow Frisco mother who has also experienced a chlorine smell in the water, are closely following a new Facebook post from environmental activist Erin Brockovich, warning residents who get their water from the North Texas Municipal Water District not to trust the district’s claims. Julia Roberts played Brockovich in a feature film in 2000. Without a law degree, Brockovich successfully sued a California power company for water contamination.

“When people have water problems, they call Erin Brockovich,” she said in a phone call with WFAA Thursday afternoon. “So, when I wake up in the morning, and there’s about 40 emails all from Plano, Texas, it’s easy to begin to figure out what is happening. I think for a long time we’ve taken it for granted that we turn on the tap and everything is hunky dory, and that’s not the way it is.”

“She really kind of brings the spotlight and elevates the seriousness of the matter,” Brockovich said. “We’ve all been talking about it as moms in the area that we’re concerned. I’m excited she’s bringing it to the limelight.”

In a news release, the North Texas Municipal Water District’s Mick Rickman, Deputy Director of Operations and Maintenance, said, “Water quality and safety is a top priority, and we work closely with officials in member and customer cities, federal and state agencies to fulfill our mission.”

“This is a safe and scientifically proven method to ensure that treated water remains safe as it moves throughout the distribution system,” Rickman added.