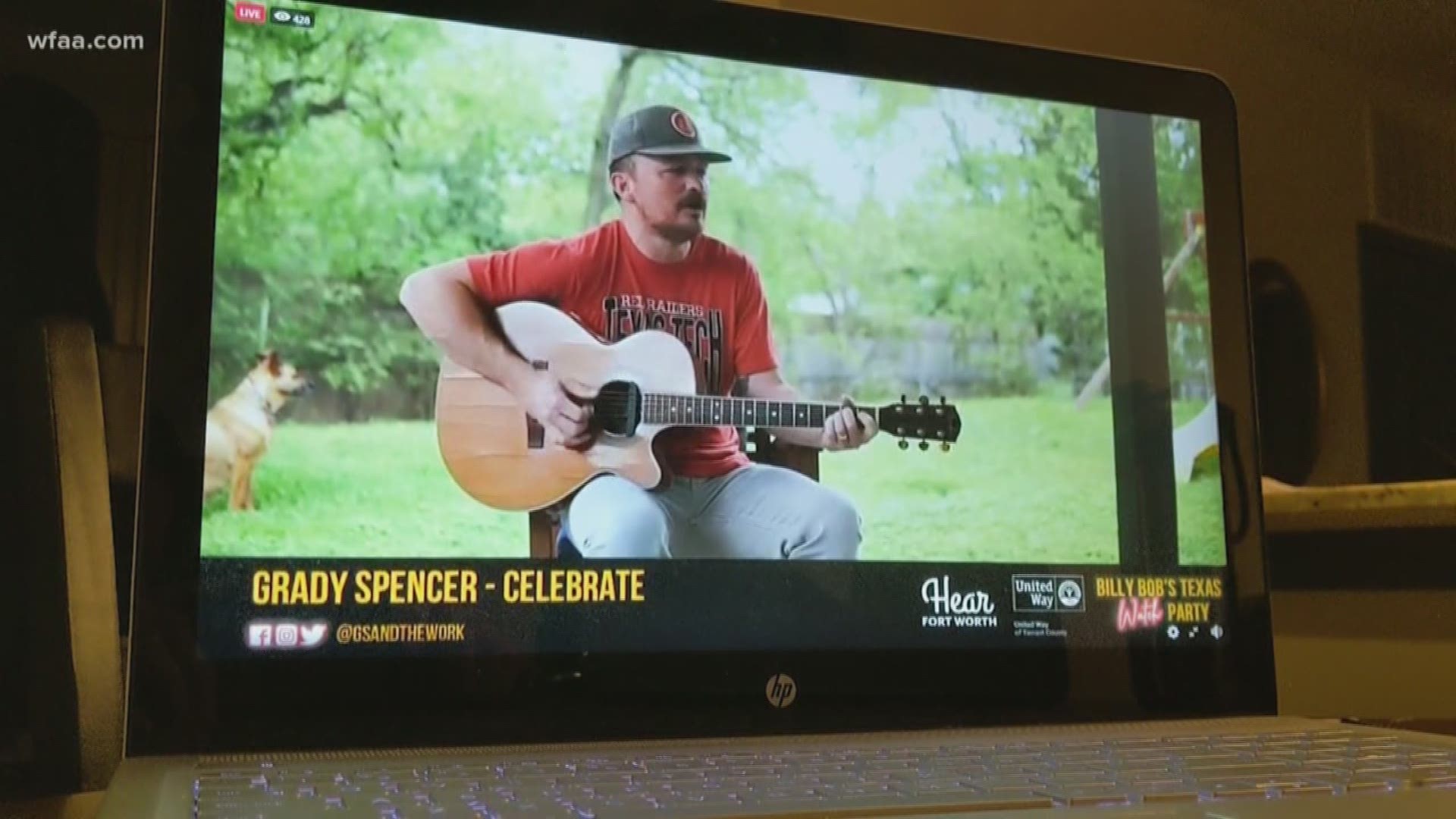 FORT WORTH, Texas — Fort Worth staple Billy Bob’s is not immune from the struggle of live music venues across the country that have closed because of the novel coronavirus pandemic.

Still, Wednesday was a milestone, its 39th anniversary, and the venue was going to find a way to celebrate.

General Manager Marty Travis decided they’d have a concert, but online and dedicated to local artists.

“One thing led to another, and said let’s do this,” Travis said. “We just decided this was the way we’re going to help our people.”

Kris Williams of "Danni and Kris" has gone from doing five to seven shows a week to not seeing another person some days.

“I felt like I was living in a dream for like the first week or so,” she said. "For me, watching these live streams, it’s really helping me get through what’s going on.”

With bars and venues shut down, the phrase struggling artist has become very real for many.

“Right now, for me, every penny helps. Everything is a blessing for me,” Williams said. “I completely wholeheartedly appreciate any kind of donation because everyone is in a tight spot right now.”

“It’s the exact same thing as if you were to go to a show and there was a tip jar,” Williams said. “It’s just like a digital tip jar.”

Travis knows it could be a while before venues like Billy Bob’s have their lights shining again.

“It’s going to be a slow growth because even as big of a music lover as I am, I don’t want to be around 6,00 people in a confined space,” he said.

“I can’t wait. I don’t know when it’s going to happen,” Williams said. “The smallest things that we take for granted. I’m looking forward to doing those things again.”

Billy Bob’s may be closed on its birthday, but Wednesday’s concert gave a little help and hope to those hurting now, and that’s still something to celebrate.