Bell Co Justice of the Peace: 'I am fighting to keep my job'

Bell County Justice of the Peace, Claudia Brown, reacted publically for the first time Wednesday to efforts to have her removed from office. 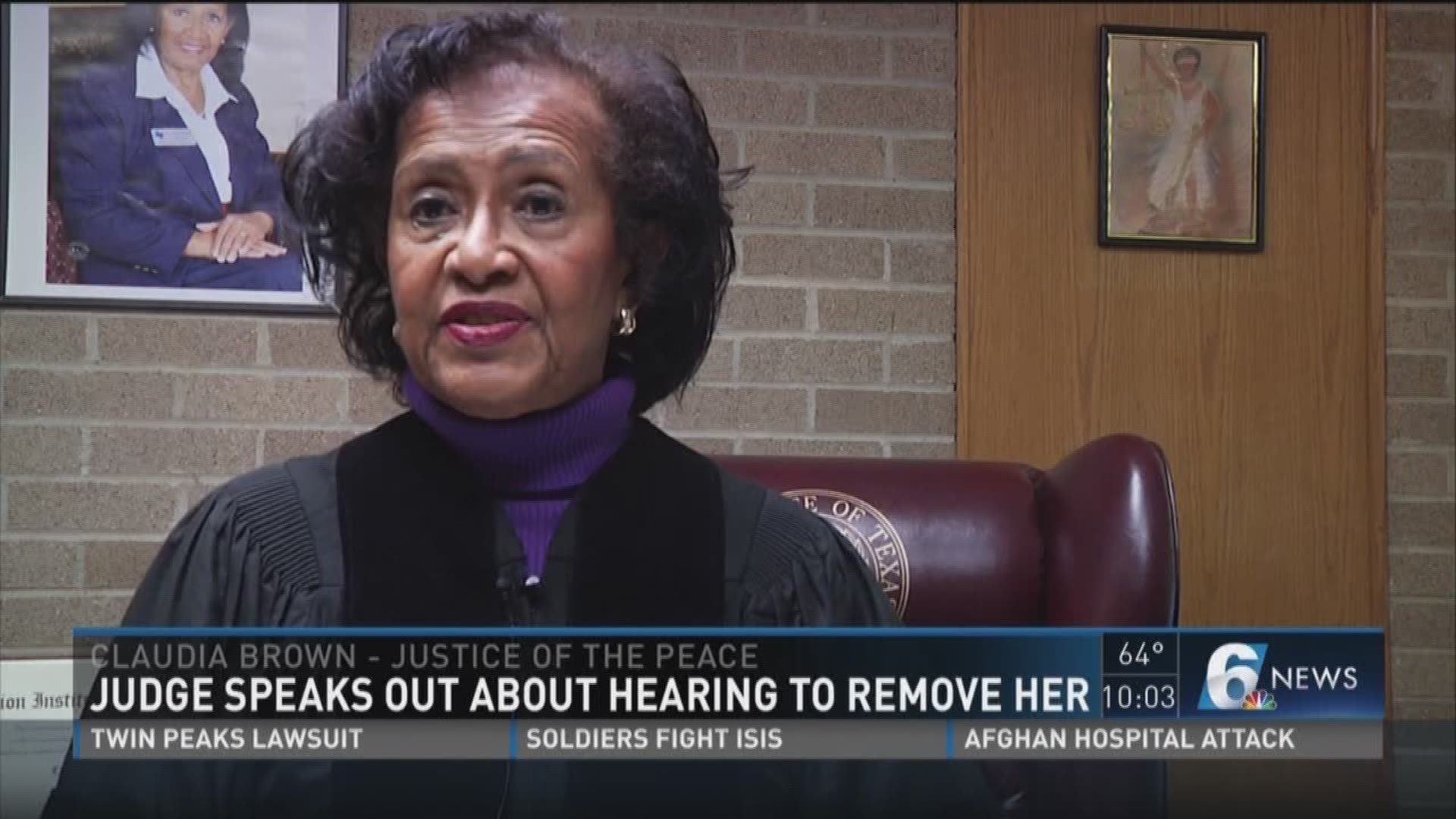 Bell County Justice of the Peace, Claudia Brown, reacted publically for the first time Wednesday to efforts to have her removed from office.

Judge Brown made national headlines when she set a $4-Billion bond for murder suspect, Antonio Willis, on February 7th. It was the largest bond set in U.S. history.

Judge Brown said she wanted to illustrate that bond amounts are already set much too high for Americans struggling to make ends meet.

The bond was lowered to $150,000 after Bell County District Attorney filed a joint motion arguing the bond amount was unconstitutional.

Since then, Judge Brown set unusually low bond amounts for suspects. She set bond at $1,000 for sexual assault suspect, Chance Pearson. A charge that normally comes with a $125,000 bond.

Local attorney, Jeffery Parker, filed a complaint against Brown with the Texas Judicial Commission in Austin, claiming her actions violated the 8th Amendment to the Constitution.

If the commission finds she knowingly violated the Constitution they could remove her from the bench.

Brown also posted a letter she wrote to her Facebook page defending her actions.

She specifically addresses a different petition to have her removed, filed by attorney Brett Pritchard.

A hearing will be held Thursday at 1 p.m. at the Bell County Justice Center to address Pritchard's petition and possibly remove her from office.