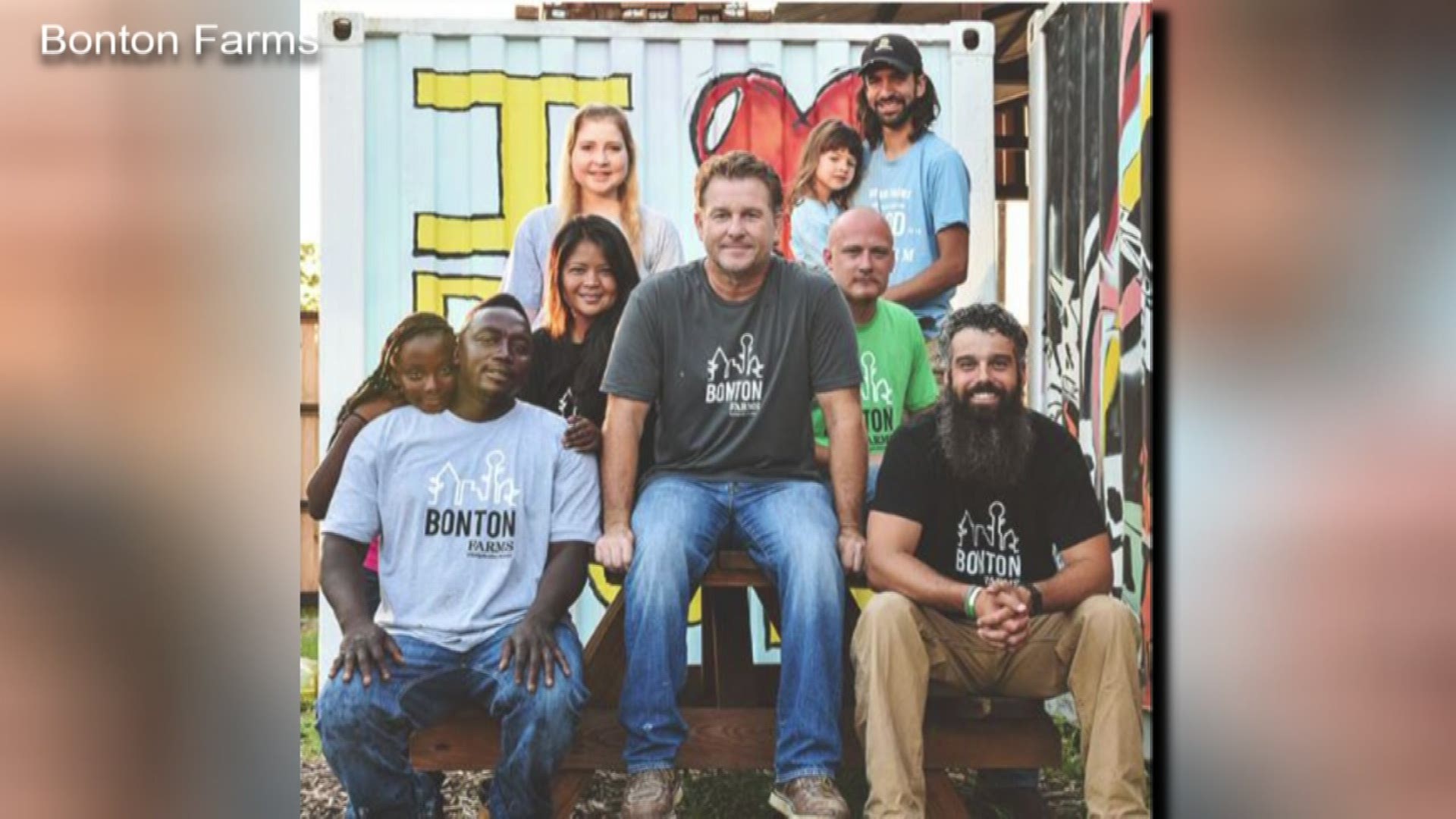 DALLAS -- In Southern Dallas the temperature is just warm enough to get the honey bees moving.

"We didn't grow up with none of this stuff around," said Clifton Resse, a lifelong Dallas resident and the head bee keeper at Bonton Farms.

"I promise I'd never seen a black bee keeper until I was asked," Reese said.

He described himself as an unlikely bee keeper -- but then again, Bonton Farms is an unlikely farm. It was started by Daron Babcock and the nonprofit is their answer to the food desert that the Bonton neighborhood of Southern Dallas has become.

Food deserts is a USDA term for urban areas where it's difficult to obtain fresh good quality food.

"I grew up around a lot of drugs and violence, I was not part of the solution," Reese said.

At one point, Reese was homeless for a year and a half. That's when he turned to a men's ministry and the ministry got him a job with of all places. a local honey manufacturer.

"When they asked would I do it. My answer was, 'I've seen people get shot, seen guns and fights, and knives, what's a bee going to do but sting you," Reese said. "I wasn't allergic to them, so I wasn't going to die from them."

The bee's didn't kill him, but they did help turn his new found passion into a business.

Bonton Honey is now a stand alone business of it's own going on it's third year.