When the delivery nurse asked Jadie Phelps and Jordan Houston if they had a playlist for Jadie's delivery, they had something else in mind. 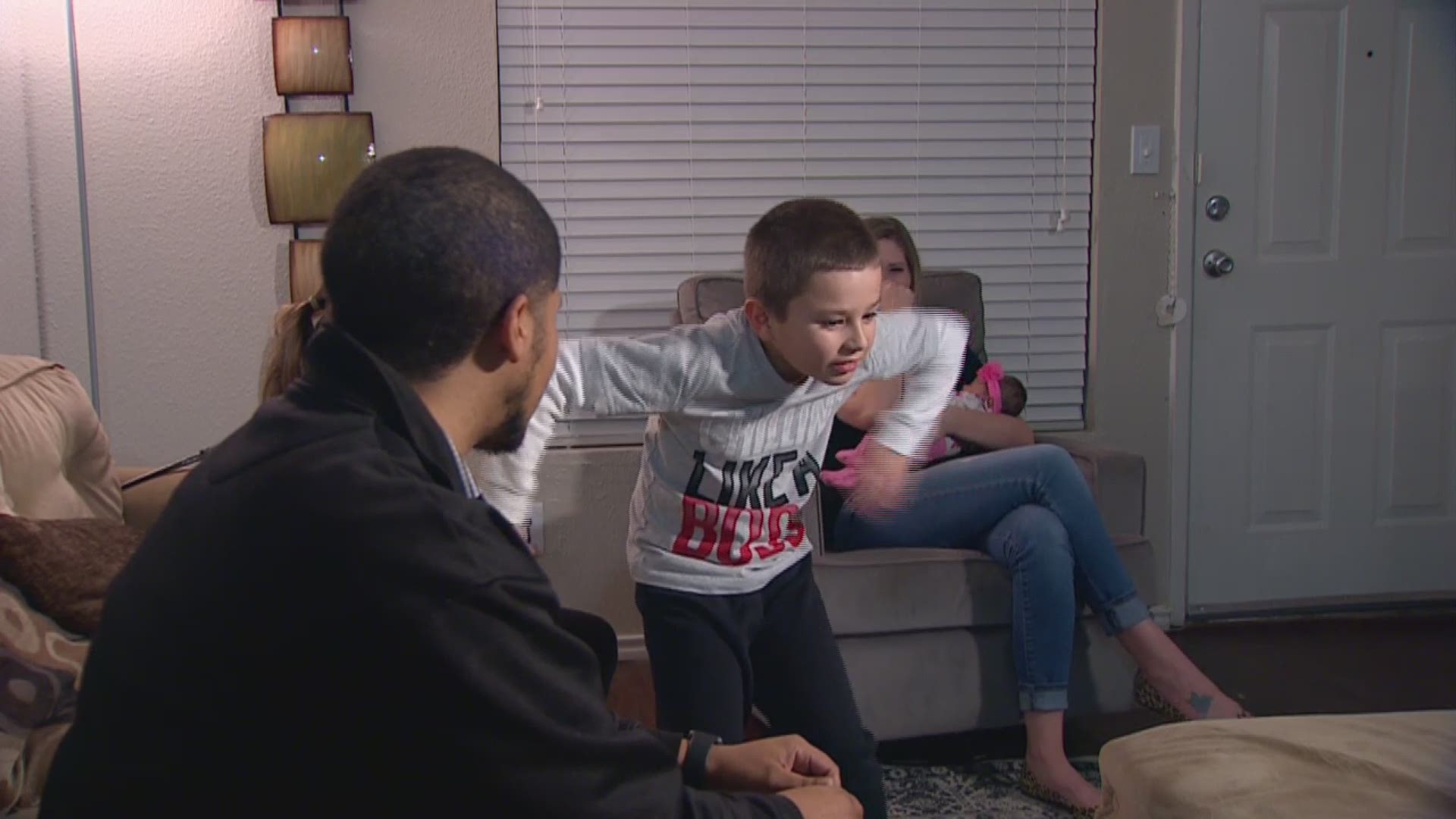 It's not unusual for Jordan Houston, Jadie Phelps and their family to spontaneously break into song and dance. The parents are performers, after all; they fell in love on the stage.

"First and foremost, we love to perform together," Houston said Wednesday.

But they never could have imagined a performance of theirs getting this much attention.

You see, two weeks ago, they were at Baylor All Saints Hospital in Fort Worth, getting ready for Phelps to deliver their baby, when a nurse asked if they had any music they wanted to play. The family had another idea.

"And my sister's like, 'Come on, like—push it!' And we're like yeah, okay," Phelps recalled. "And his brother automatically just drops the beat."

With Phelps on the labor bed, they broke into an a cappella version of Salt-N-Pepa's 80s classic hit 'Push It.' It was completely spontaneous, they say. Phelps' sister recorded the whole thing.

"The nurses are like you have to do that for the doctors," the couple said, laughing. "We ended up performing it like three times."

Within minutes, Jadie did exactly what the song said.

"She came out in two pushes, which was amazing," she said, welcoming a sweet baby girl named Alaya on December 13th.

"We had no idea what was coming. We just posted that for our friends just to enjoy. 'Hey, look at us, we're funny from time to time,'" Houston said.

132,000 shares and 8.2 million views later, everyone is singing along with them.

Thanks to her parents, she made a big entry into the world.