"We want to make the American dream. To make America beautiful," Jan Xie said. "And we are not the enemy. We are not the ones to blame." 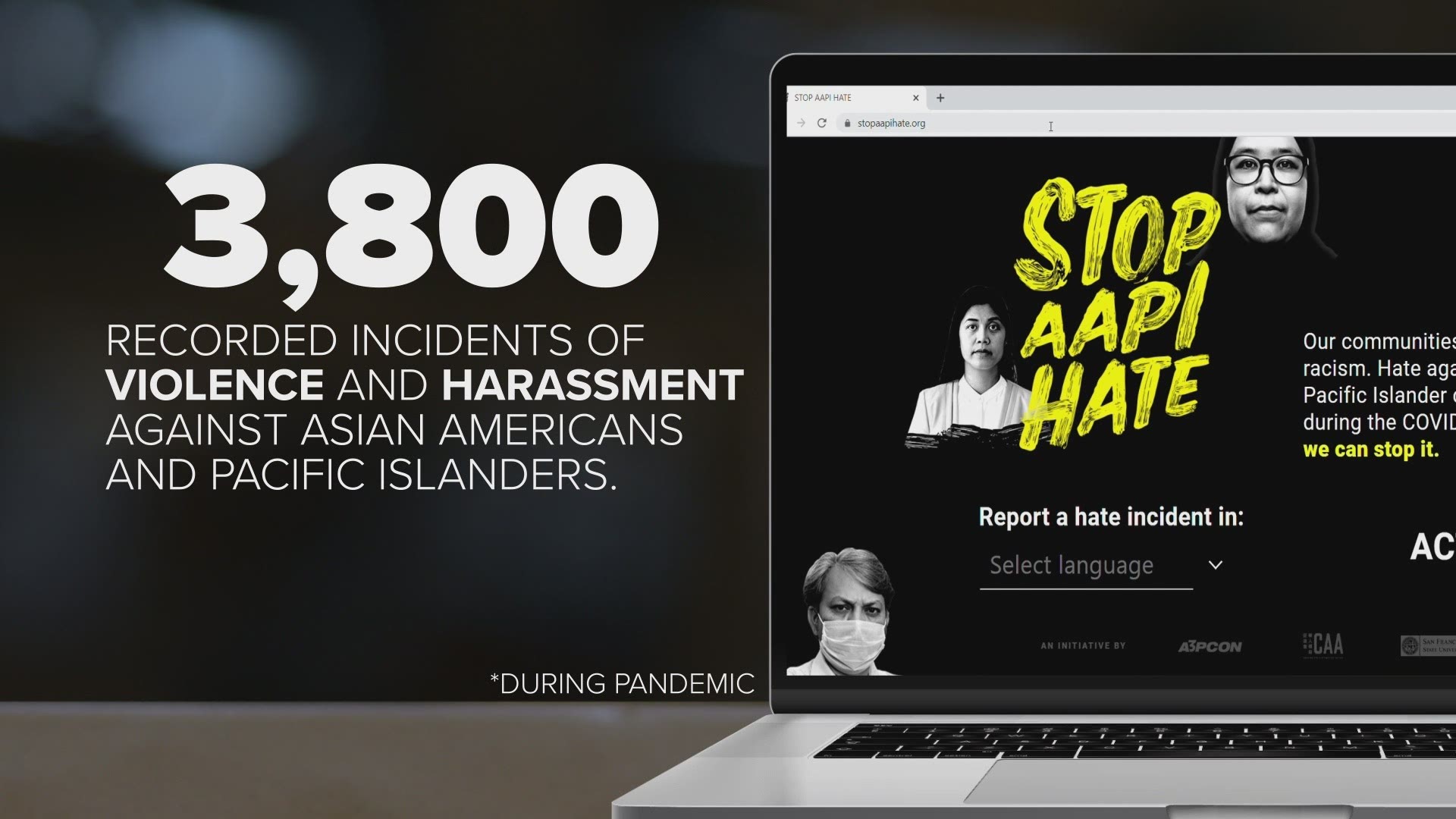 DALLAS — Regardless of the stated motive of the attacker who killed eight people in Atlanta on Tuesday the attacks at three massage parlors and spas sent shockwaves through the Asian American community in the U.S., which is already painfully aware of a rise in hate-inspired attacks and harassment during the pandemic.

"What kind of motive would drive you to do such a thing," asked Atlanta resident Andrew Weiss in an interview near one of the shooting locations.

But Jan Xie, who says she was in Atlanta just this past week, believes she already knows.

"Yes," she said when asked if the attacks scare her. "Yes, exactly."

Xie is president of the Asian Culture and Education Society in North Texas. And she is well aware of the latest startling statistics.

According to the group Stop AAPI Hate, more than 3,800 incidents of violence and harassment have been reported during the pandemic against Asian Americans and Pacific Islanders.

The Denton Police Chief added his voice Wednesday to the chorus denouncing such attacks.

"Discrimination, hate and xenophobia against Asian Americans and Pacific Islanders has no place in America," he wrote on Twitter adding a quote from poet Maya Angelou: "hate - it has caused a lot of problems in this world, but it has not solved one yet."

Georgia politician Stacey Abrams on Twitter said "hatred is infectious and cumulative - it begins with pejoratives about race and evolves into acts of unspeakable violence."

"We want to make the American dream. To make America beautiful," Jan Xie said. "And we are not the enemy. We are not the ones to blame."

But by Tuesday morning, officials in Georgia revealed that the suspect, a white male, said he was not specifically targeting Asian Americans. He told investigators he wanted to target businesses that he blames for feeding an alleged sex addiction.

"And (he) sees these locations as something that allows him to go to these places and it's a temptation for him that he wanted to eliminate," said Cherokee County Sheriff's Captain Jay Baker.

Prosecutors will decide if this is an initial attempt at an insanity defense or a hate crime - which many in the Asian community are already convinced it is.

"The hate crime, the person has to be the victim because of their status of being an Asian American. That's not necessarily what we have here. By what he's saying that he believes they were sex workers," said Dallas-area criminal defense attorney Pete Schulte. "That's an interesting idea if a prosecutor is going to be able to bring that to a trial as a hate crime based on the facts that are kind of emerging as this investigation goes on."

"But it still doesn't change the fact that this individual took eight lives. It looks like eight innocent lives."

And whatever the crazed motivation might be, eight lives taken has clearly spread more fear nationwide.

"I am very shocked and so sad," added Xie. "Please stop hating (the) Asian community."