As seen in other cities, 'Black Lives Matter' now being painted in front of Dallas City Hall

The mural is being done with washable paint but will remain as it is for the foreseeable future. 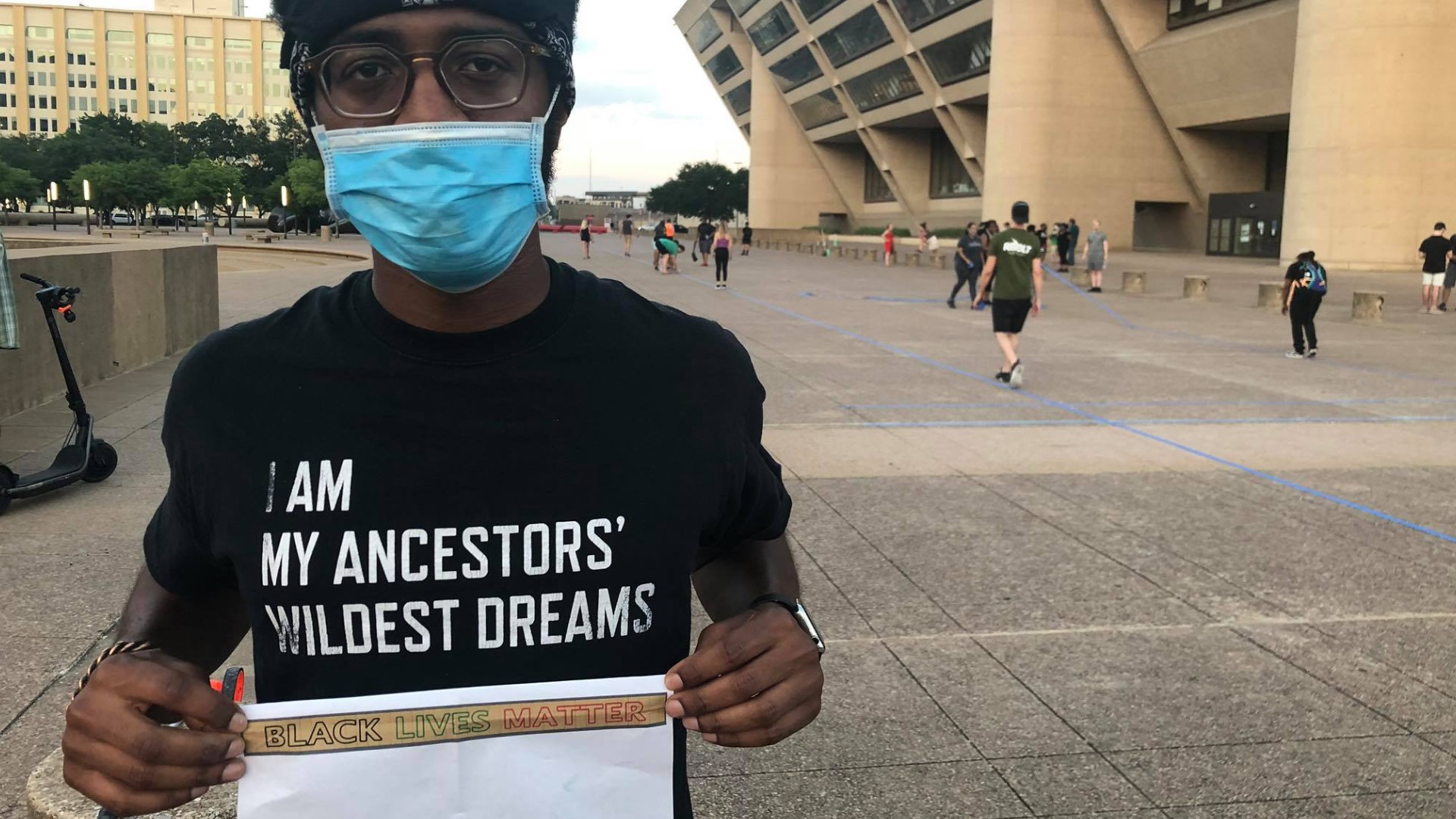 The project, which was approved by the city, involved dozens of volunteers and followed two different protests that were held downtown just hours before George Floyd's funeral service in Houston.

Floyd, who has become a worldwide symbol in the fight against police brutality and racial injustice, was killed two weeks ago in Minneapolis, Minn. while in police custody.

The tragic in-custody death of Floyd has become a watershed moment for 2020 and has fueled much of the country to walk in unison with the Black Lives Matter movement, which has been alive for several years.

In Washington, D.C., Oakland and Sacramento in California and in Raleigh, N.C, "Black Lives Matter" has been written in giant letters with paint on some of the most recognizable streets.

The slogan was first seen in massive lettering along 16th Street NW in Washington, D.C. directly north of the White House.

In Dallas Monday night, artist JD Moore was working to make his contribution.

Moore, with help of several other activists and volunteers in the area, was given the green light to paint "Black Lives Matter" in front of Dallas City Hall.

The act was approved by the city. However, it will be done in washable paint.

The goal is to let the phrase stay in front of City Hall as long as possible, which will ultimately be determined by the weather.

Moore told WFAA that the statement "Black Lives Matter" will face toward City Hall to let local leaders know that so many are demanding reform of current policing and criminal justice policies.

Specifically, Moore hopes the art reminds leaders that more should be done to hold the Dallas Police Department accountable for misconduct.