A U.C. Berkeley study found earlier this year that eight out of 10 restaurant workers have faced hostility, primarily due to COVID-19 protocols. 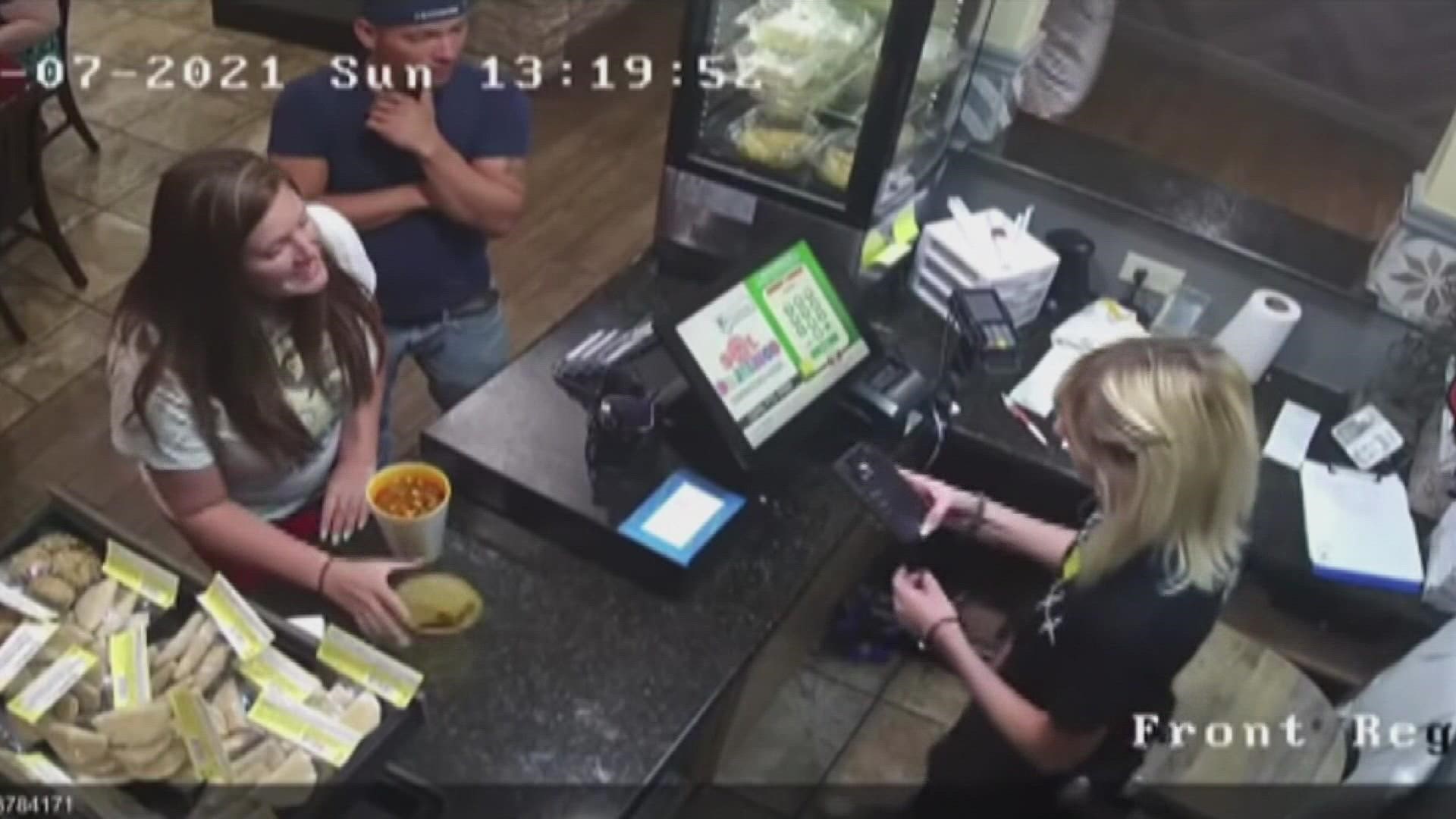 The viral incident was caught on surveillance footage at a Sol De Jalisco as the restaurant industry nationwide and others see record quits from employees.

In the video, you can see the woman arguing with an employee near a cash register on Nov. 7.

Temple police told KCEN that the woman was complaining to the employee that the soup was so hot that it melted the plastic lid of its container.

You then see the woman throw the entire container in the employee's face and then leave. The woman has been banned from the restaurant, and the employee, identified as Jannelle Broland, is doing okay.

Broland told KCEN this isn't the first time she's been disrespected in her six years of employment in the service industry.

"I hope this brings a lot of attention to the way that not just servers in my area, but servers everywhere are treated and short-staffed or not," Broland said.

"We don't just put on an apron and a name tag, and we're just robots -- we are still human beings."

Broland's thoughts aren't alone on an island either.

A U.C. Berkeley study found earlier this year that eight out of 10 restaurant workers have faced hostility recently, primarily due to COVID-19 protocols.

This survey also found that more than two-thirds of more than 4,000 restaurant workers felt like disrespect was a reason for labor shortages combined with low pay.

The U.S. Bureau of Labor Statistics found in August alone found that a record 4.3 million Americans quit their jobs.

Restaurant and hotel workers were found to be quitting more than twice the record national average.

It's not hard to fathom; it feels like there's a viral public outburst video on social media every day, like a passenger on a plane fighting with an attendant or someone being unkind to a grocery store worker or server.

It all leads to one question for Lisa Miller, who has been a consumer researcher for major corporations for the last 30 years: is rudeness a reason for people quitting their jobs?

"There's so much bad behavior that's going on," Miller said. "It's because tensions are so high and patience is so low."

Miller has been working on her own study called "The Journey Back to Joy" where she found that 74% of more than 39,000 people she polled feel like frontline workers/servers should be treated better and that too much bad customer behavior is happening.

"It's like we've lost that basic humanity of treating people with respect and kindness," Miller said. "We all just need to plan to be patient."