American Airlines among 6 carriers enlisted to help with Afghanistan evacuation

Southwest Airlines will separately assist with domestic charter flights for people arriving in the U.S. from Afghanistan. 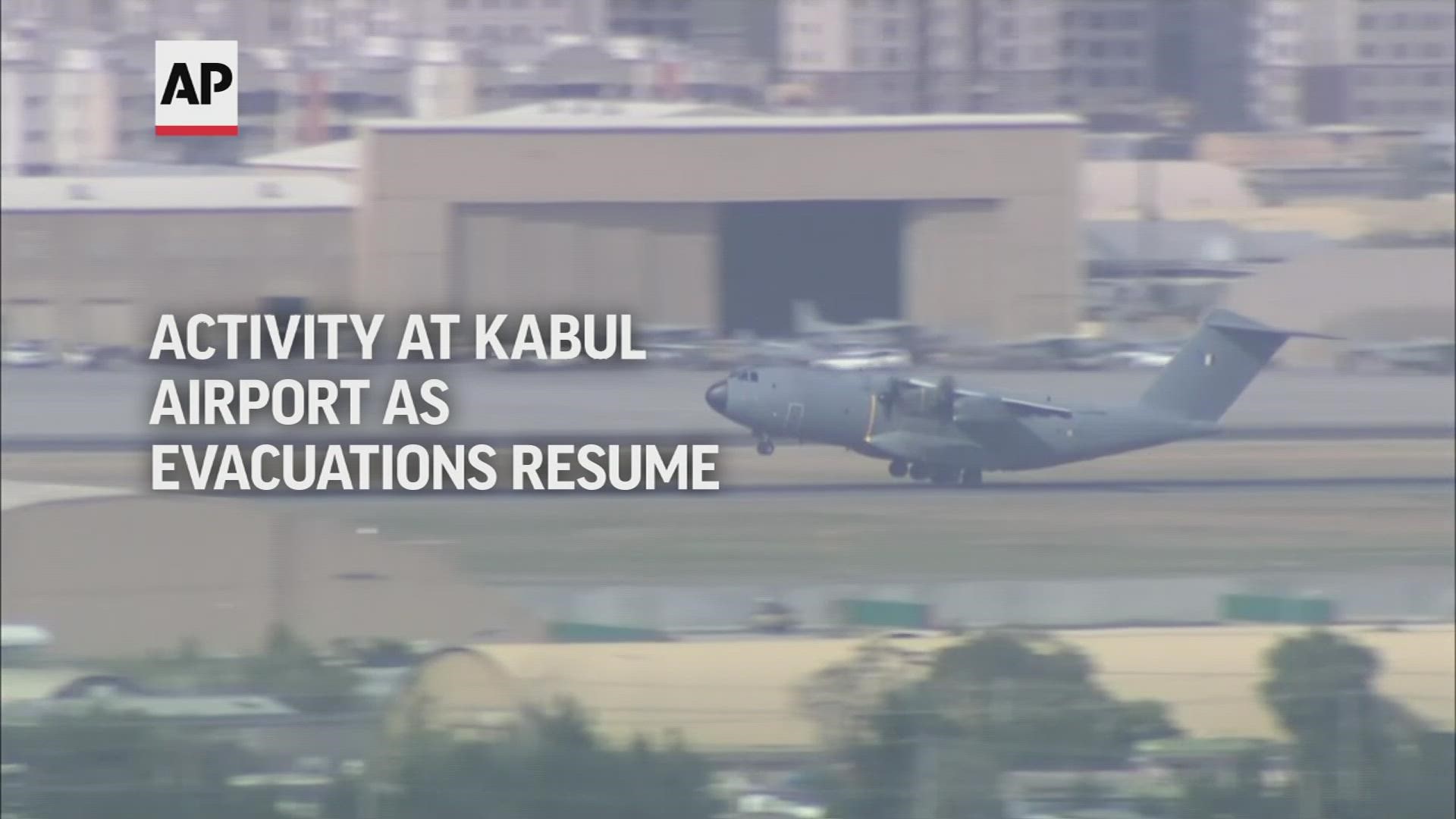 DALLAS — Updated at 8:52 p.m. with a statement from Southwest Airlines.

Fort Worth-based American Airlines is among the six commercial carriers being enlisted to help with the evacuation of Afghanistan refugees.

In a statement on Sunday, American said it would be ready within 24 hours to send three widebody aircraft to military bases and "other secure transit points" on the Arabian Peninsula and in Europe.

"The images from Afghanistan are heartbreaking," American said in a statement. "The airline is proud and grateful of our pilots and flight attendants, who will be operating these trips to be a part of this life-saving effort."

American said it will work to "minimize the impact to customers" that the program will have on its normal operations.

Secretary of Defense Lloyd J. Austin on Sunday morning activated Stage I of the Civil Reserve Air Fleet (CRAF), calling for 18 commercial aircraft to help transport the refugees after they leave Afghanistan.

Dallas-based Southwest Airlines is not part of the long-range international program because its aircraft, Boeing 737s, don't have the range needed for these evacuation efforts.

However, Southwest released a statement late Sunday night saying the airline will charter four domestic flights on Monday, separate from the international CRAF, that will help transport people arriving into the U.S.from Afghanistan. A Southwest spokesperson said the airline anticipates operating the same amount of flights on Tuesday and Wednesday of this week as well.

"We are proud to support our military's critical humanitarian airlift mission, and we are grateful to our Employees for demonstrating an eagerness to support these military efforts, once again displaying their true Southwest Heart," the Southwest statement said. "Of course, the Southwest Team stands ready to provide additional support to the Department of Defense, if needed. Since these are Department of Defense charter flights, we are unable to discuss the specific origin or destination cities.

The charter flights should not impact other commercial flights for Southwest customers, the airline said.

None of the U.S. commercial carriers will fly directly into Hamid Karzai International Airport in Kabul, Afghanistan. The U.S. military will continue ferrying out individuals from there to a neutral location in another country. If activated, American and the other commercial carriers will pick up refugees that the military has flown out of Afghanistan.

The commercial airliners will then fly the evacuees to pre-determined locations, such as the U.S. or other countries that will accept them.

Austin's order was just the third time in history that the Civil Reserve Air Fleet has been activated. The other two times from during Operations Desert Shield/Storm in 1990-1991 and Operation Iraqi Freedom in 2002-2003.

RELATED: Defense Secretary Austin seeks 'creative' ways to get Americans out of Kabul