American Airlines cancels all US flights to China

Three U.S. carriers announced Friday the suspension of all flights to and from China. 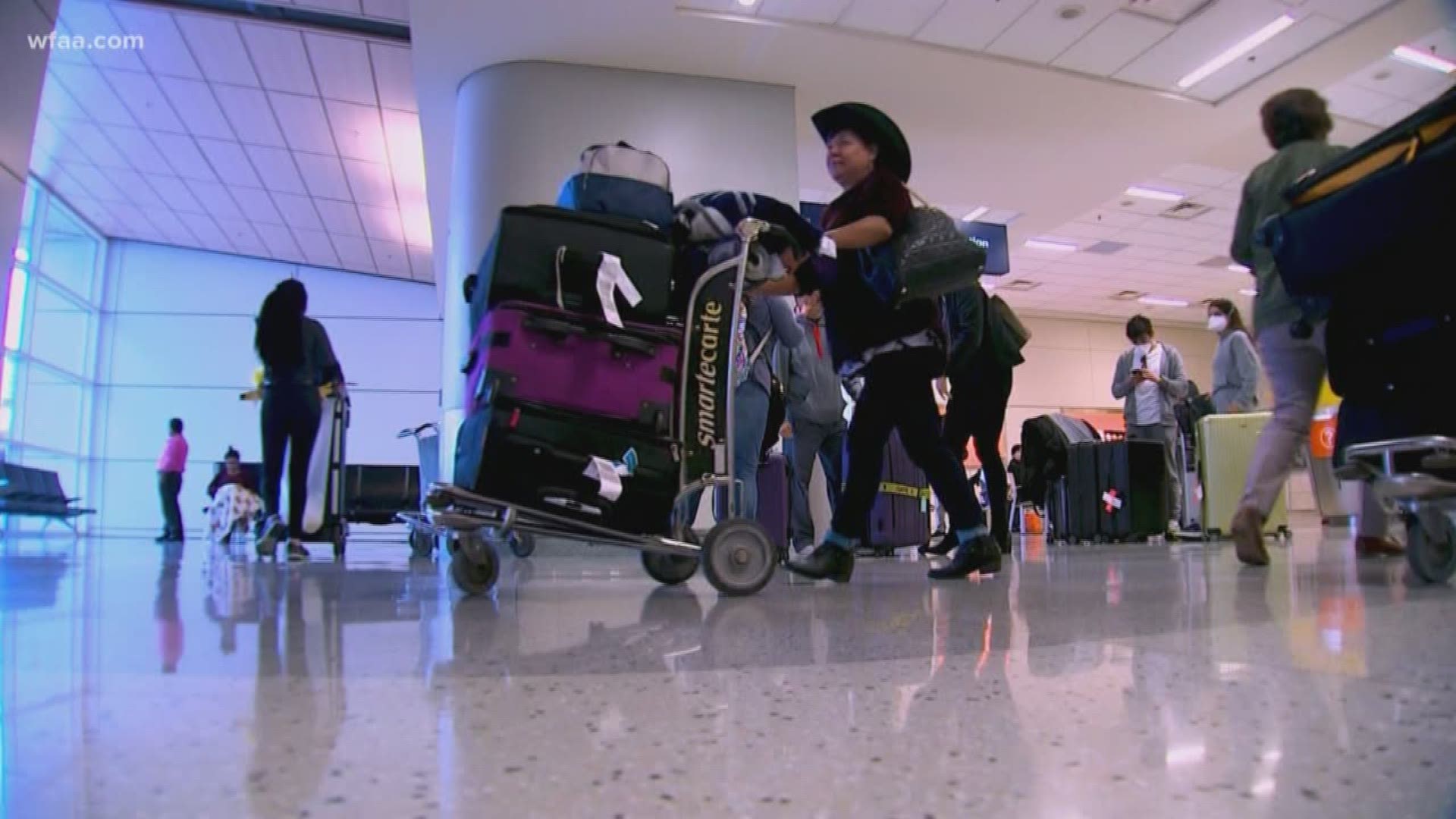 Updated at 2:24 p.m. with information on United Airlines.

American Airlines is temporarily canceling all U.S. flights to and from China in response to the coronavirus outbreak.

The flights are canceled until March 27.

"We will continue to evaluate the schedule for March 28 and beyond and make any adjustments as necessary," American Airlines said in a statement Friday.

American Airlines attorney Lars Berg was in a Dallas County court on Friday after the Allied Pilots Association filed a lawsuit Thursday in an effort to make the airline temporarily halt flights to China due to the outbreak of the new virus.

Berg said all flights were being canceled.

The union said each American Airlines crew member flying to China is required to be on the ground for approximately 32 hours between flights as part of mandatory rest periods. That amount of time in China is too long, the union says.

“We are pleased that our airline has suspended all flights from our US cities of LAX and DFW to mainline China through March 27, 2020. Following an APA lawsuit, yesterday and APA's President's direction not to operate China flights, all of our flight attendants and pilots who were in the air at the time of the halt have returned back to the United States. The health and safety of our crew members and customers are always our main concern. This concern is magnified with the Coronavirus, a fast-moving, possibly deadly virus that has become a worldwide concern.”

RELATED: Delta to suspend all U.S. flights to China due to coronavirus

Delta Airlines announced Friday morning that it would be suspending all of its U.S. flights to China. The airline said in a statement the temporary suspension will run from Feb. 6 through April 30 due to ongoing concerns related to the coronavirus.

United Airlines announced it will suspend operation between the United States and China, beginning Feb. 6.

RELATED: US government advises do not travel to China amid coronavirus outbreak