Afghan evacuees are arriving in North Texas, and there multiple groups are ready to serve them

Refugee Services of Texas reported that between Aug. 1 and Aug. 23, the group welcomed 75 Afghan families with SIVs. 19 were placed in Dallas, and 10 in Ft. Worth. 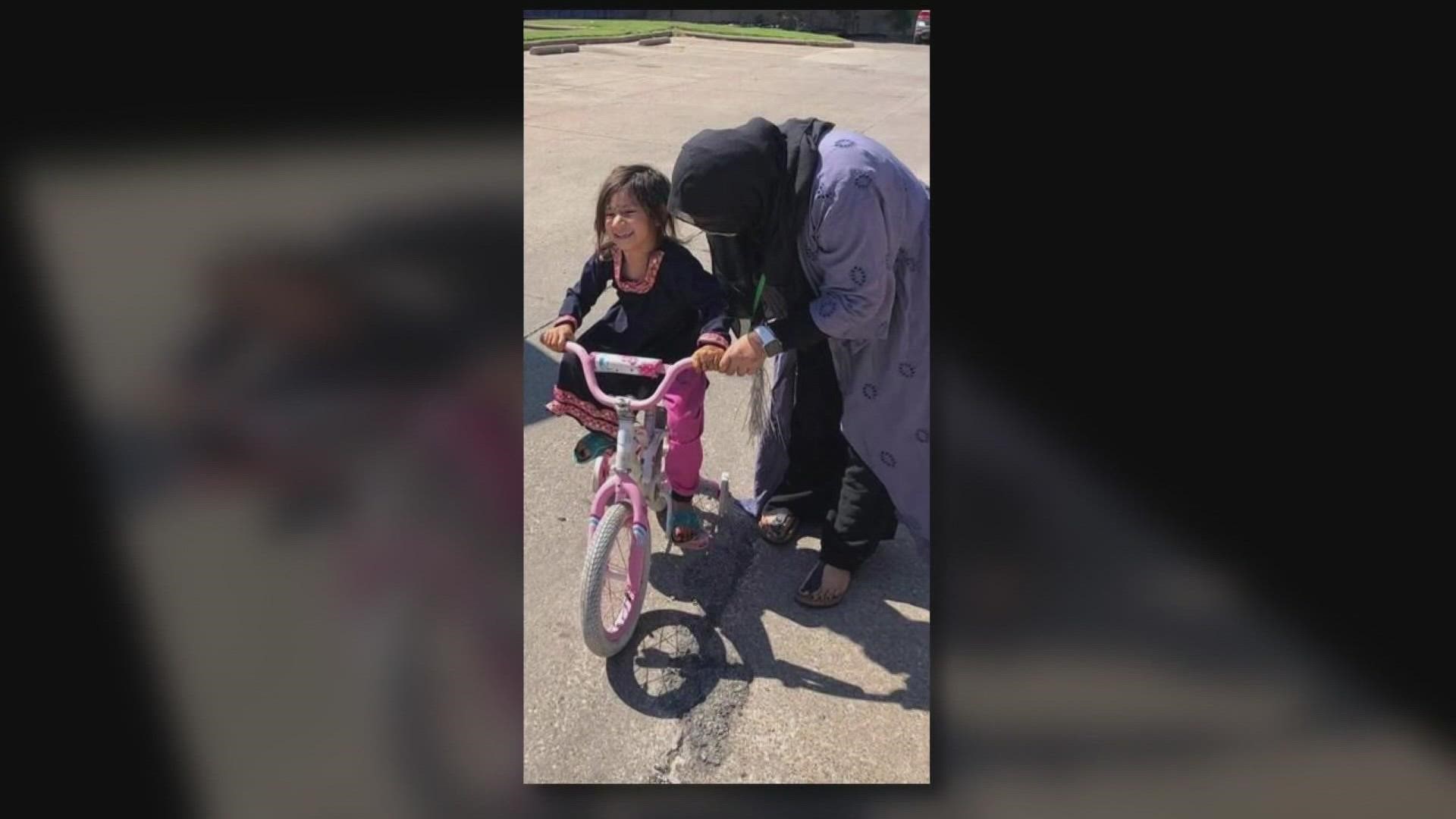 DALLAS — Nestled in a Dallas apartment complex you can see how a woman's idea that she started five years ago has come to life: shampoo bottles, cleaning supplies, and other household items line the shelves.

Zeenat Khan is the director of DFW Refugee Outreach Services, which serves hundreds of refugees in North Texas. In the past week, she said she's already been in touch with seven Afghan families who recently evacuated.

"I feel like we will be seeing a lot of refugees. The last one I spoke to arrived last night," Khan said. "He's reporting just heartbreak. Just very very difficult scenarios back home and leaving their loved ones."

Even before the Taliban invaded Kabul this month, Khan said DFWROS was serving about 400 Afghan refugees in North Texas.

"When the women would gather, they would tell us what’s going on back home," Khan said. "I could see that they were distressed and talking to each other. We started mentally preparing ourselves and even physically. God forbid if it comes to that where we are seeing a lot of displaced refugees, at least we are prepared."

They stocked up more supplies and waited.

The Taliban invaded. Lives are continuously being lost. The deadline for evacuations looms.

"You know, families just distraught at this time and chaos…chaos because no one knows at this time what’s happening," Khan said.

Khan said she expects a number of the Afghans who are able to evacuate will be able to do so because they have Special Immigrant Visas (SIVs) for working with the U.S. Military. She said the future is unclear for those who don't.

Refugee Services of Texas reported that between Aug. 1 and Aug. 23, the group welcomed 75 Afghan families with SIVs. 19 were placed in Dallas, and 10 in Ft. Worth.

The organization is slated for a certain number of SIVs for its fiscal year, which ends on Sept. 30. After adding the Afghan families that arrived this month, Dallas has 30 slots left. Fort Worth has 60.

At DFWROS, there are storage units filled with donated items to meet everyday, practical needs. Events are held on the weekends for kids. There are even professional instructors who come in to teach classes on things like citizenship, cooking and dressmaking for women.

Each family gets a mentor through DFWROS.

“All I wanted to do is mentorship," Khan said. "I felt like we can give them the things, but if we don’t have someone to be there listening, it’s not going to work out."

When it comes to medical care, Brian Hawkins, CEO of HHM Health, said the faith-based clinic is ready.

“A lot of them have gone through a lot of stress,  a lot of trauma and are afraid to seek medical attention for their body as well as mental," Hawkins said.

The clinic largely serves the refugee community in DFW at its two locations. The clinic offers everything from women's health services to pediatrics, dental and behavioral care. They also provide interpreters and translators that can help provide services in 68 languages.

Hawkins said they are specifically positioned to meet the unique challenges of serving patients who have endured the hardship of having to evacuate.

“You have many people fleeing because they fear their government. Now they have to trust another government and another system of individuals who are trying to reach out and help them," Hawkins said.

Like Hawkins, Khan's experience in serving evacuees has prepared her for whatever comes next. She said her biggest focus is serving with empathy and providing hope in a time that's so difficult.

"In the back of my mind, I do have that anxiety," Khan said. "I have that fear that these families won’t be able to come out of there, Or will the families that are here or left behind…will they ever see each other? I just know I have to get up every day and have hope and be here for the next class in the morning.”

Khan said she's received an outpour of support from around Texas, other states and military bases after she began posting about ramping up efforts to prepare for Afghan refugees.

On Sept. 3, the organization will host the first of a series of donation drives to gather items for displaced families. You can find more information on the website.