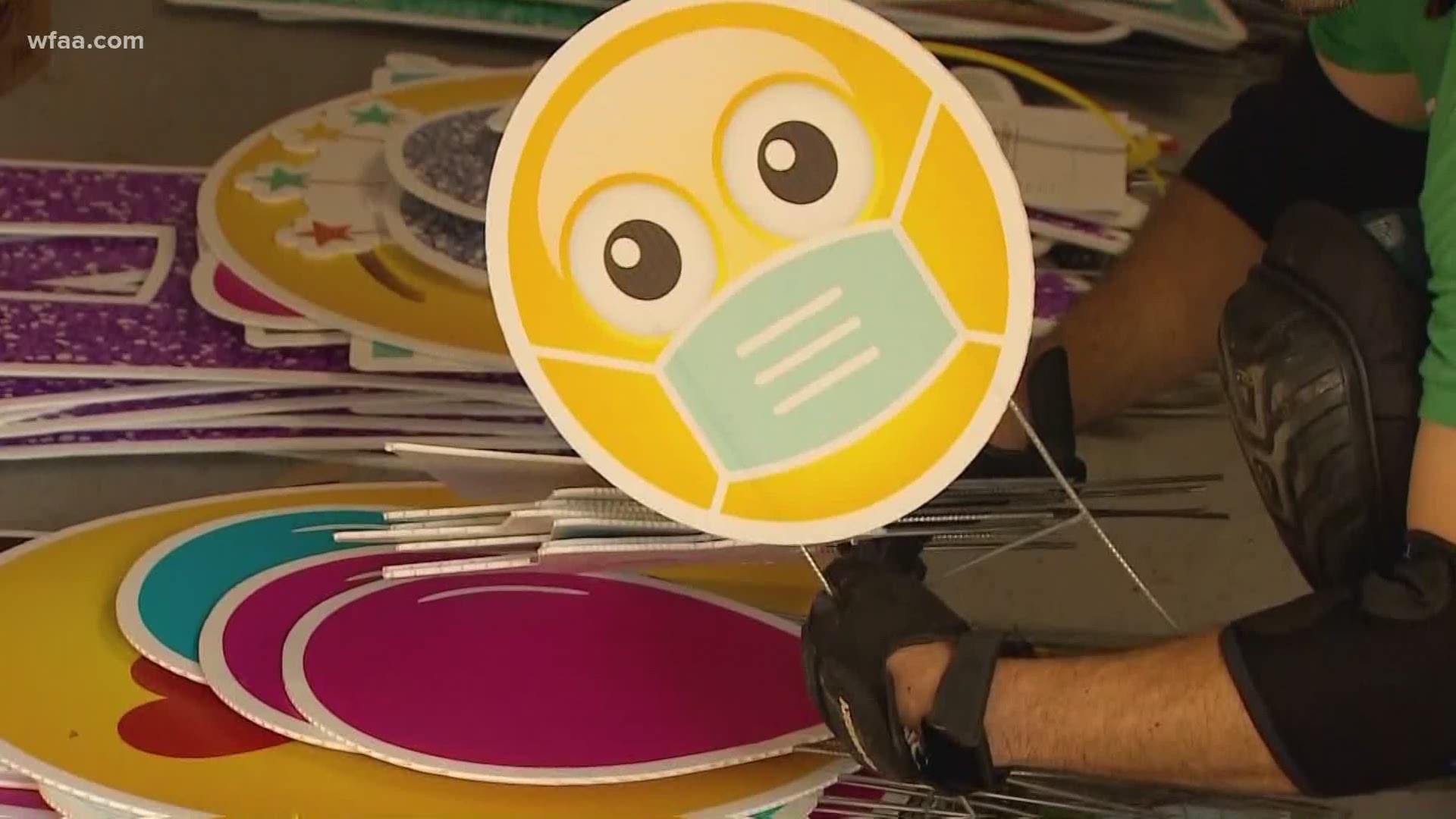 PLANO, Texas — When most people are ending their workday, the work is just getting started at the Salinas home in Plano. Robert and Olivia Salinas run a franchise yard greeting company called Card My Yard.

They are relatively new to the business, as they've only been operating in their region for six months. It was supposed to be an easy side gig with about 30 orders a month.

Once the coronavirus hit and stay at home orders were announced their lives have been significantly busier.

In this period of social distancing, the message has to get out somehow.

"We're up to over 150 orders a month," said Robert. The couple said they never expected it to take off like this in the last two months.

They start work on putting up and taking down signs each night at around 7 p.m. after they get off work — Olivia works at a pre-school at a nearby church and Robert works in sales. They said they expected to finish up around 10 p.m. on Tuesday.

It has become a family affair every night with their two young daughters also lending a hand. They've put up signs for birthdays, retirements, graduations, and even several quarantine-related signs. Olivia says it has gotten so busy they have had to ration out letters.

On Tuesday night they put up a message for the 5th graders at Brinker Elementary in Plano. It read "Congrats 5th! Class of 2027."

"They made awesome memories at this school and I think just being able to end on a high note is really special for them," said Katie Stoneham, who was part of the group that ordered the signs.

On Tuesday evening Connor, a recent graduate at the elementary school, took a few photos and hopes to return Wednesday to take more photos on the day he was supposed to graduate.

"It's an awesome way to say goodbye to this school," Connor said.