The crash happened shortly after 6 a.m. on U.S. 75 near Ridgemont Drive in Allen. 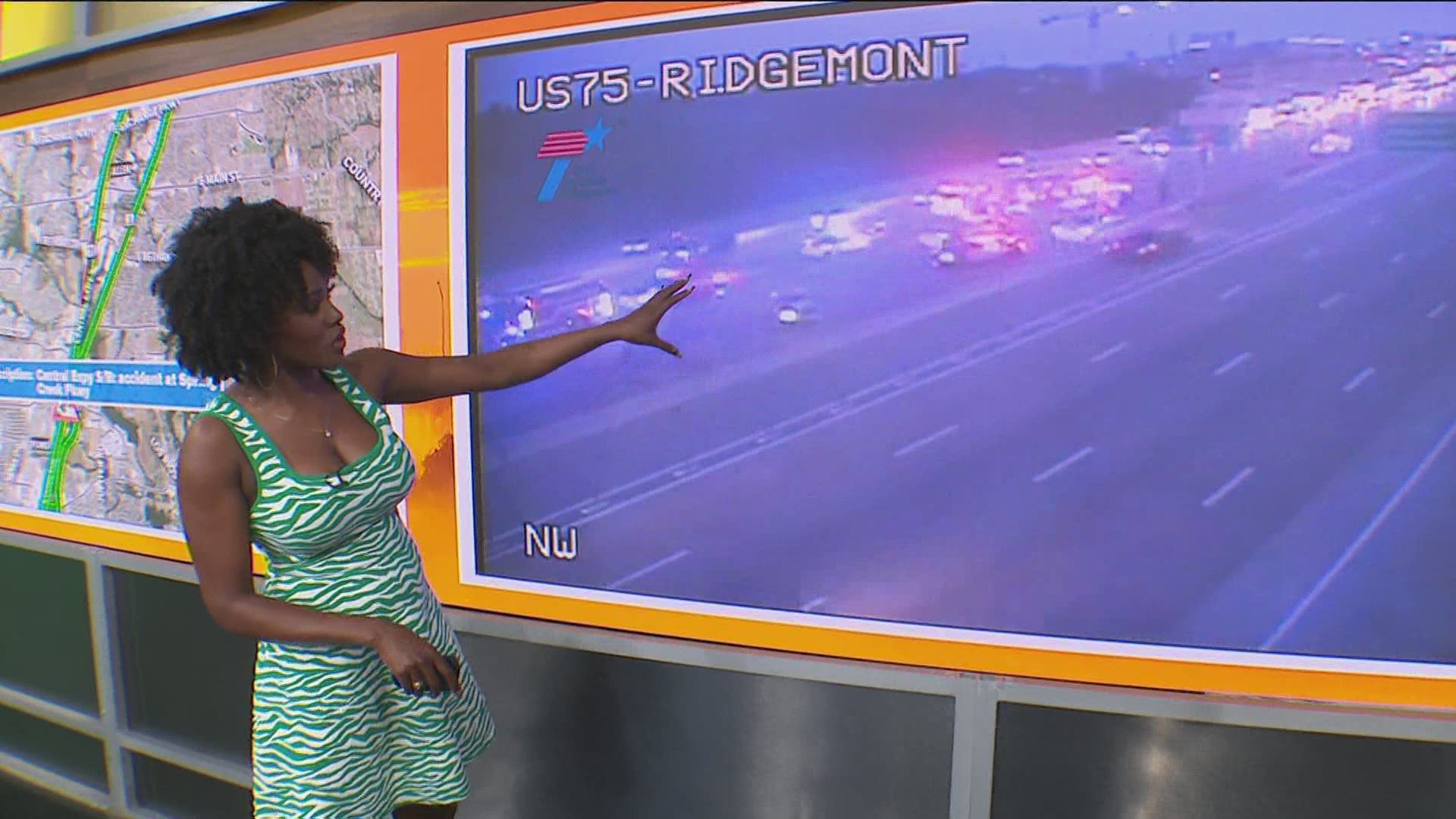 The crash happened shortly after 6 a.m. on 75 near Ridgemont Drive in Allen. The crash and closure had been cleared by mid-morning.

Four lanes, plus the HOV, were shut down as emergency crews responded to the crash.

#BreakingNews: Traffic Alert in #Collin county. This WILL impact your commute. 6+ vehicles involved in wreck on 75SB @ Ridgemont Drive.

Tollway is one option to avoid 75SB, so is Greenville Ave or Alma Dr. @WFAADaybreak @wfaa #Iamup pic.twitter.com/KPJS1tTaJl

The Dallas North Tollway was one alternate route for southbound commuters, along with Greenville Avenue or Alma Drive.

More information about how the crash happened wasn't yet available.