Seven people were taken to the hospital after a fiery crash in Northwest Dallas. 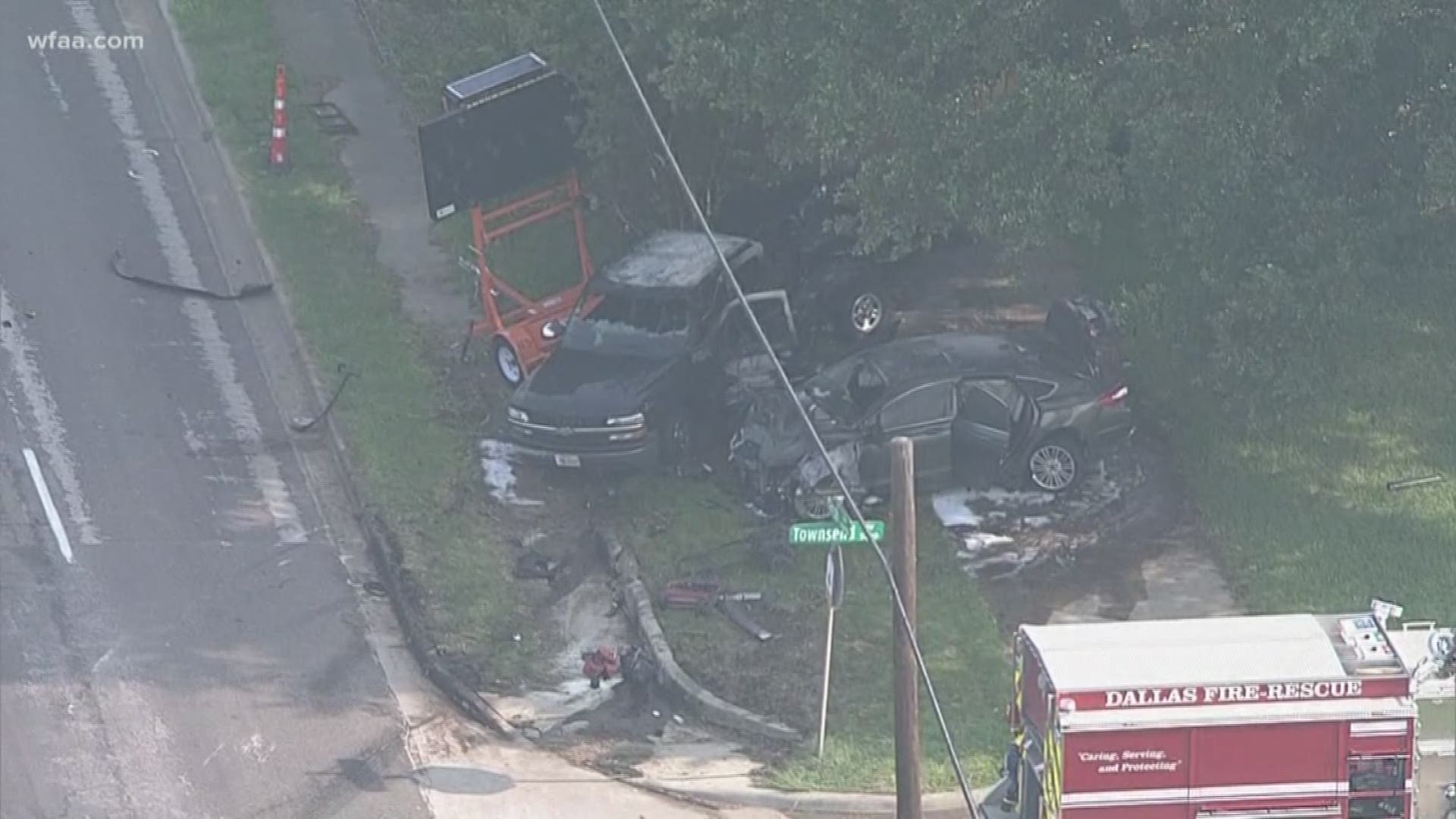 Two Dallas police officers were among those injured in a fiery crash following the pursuit of a potentially stolen vehicle in Northwest Dallas Tuesday morning.

Following the incident, official sources told WFAA there is an internal investigation into a possibly unauthorized chase. According to sources, the dashboard camera from the police unit shows the cruiser maxing out at 89 mph in a 30 mph zone.

The Dallas Police Department has a strict chase policy, where officers are not to chase drivers that are not violent felons. Lights and sirens both need to be activated.

The incident is being reviewed to see if the policy was broken. Sources say only lights were on during this chase, and that the police unit hit the white truck at 73 mph.

Police confirm the suspects tried to evade police officers when the incident started.

Many witnesses were interviewed in the neighborhood. The investigation is ongoing, according to the Dallas Police Department.

Dallas police said officers were following a vehicle they believed to be stolen down Webb Chapel Road, the north-south thoroughfare that runs parallel to Marsh west of the accident scene, when the driver attempted to evade the officers.

The suspect car, a grey Ford sedan, was speeding when it crashed into a pickup truck in the intersection of Marsh and Townsend, police said. Both burst into flames. The police squad car then crashed into a different pickup truck that was driving south on Marsh.

Witness video showed a pickup truck and a sedan, badly damaged and on fire with smoke billowing from the accident scene. Aerial images showed equipment and debris strewn across the road near the second pickup.

Six ambulances were sent to the scene. DFR told WFAA everyone involved in the accident had made it safely from their cars before paramedics arrived.

The seven victims were taken to two different Dallas hospitals for treatment. All were expected to be OK, according to DFR.