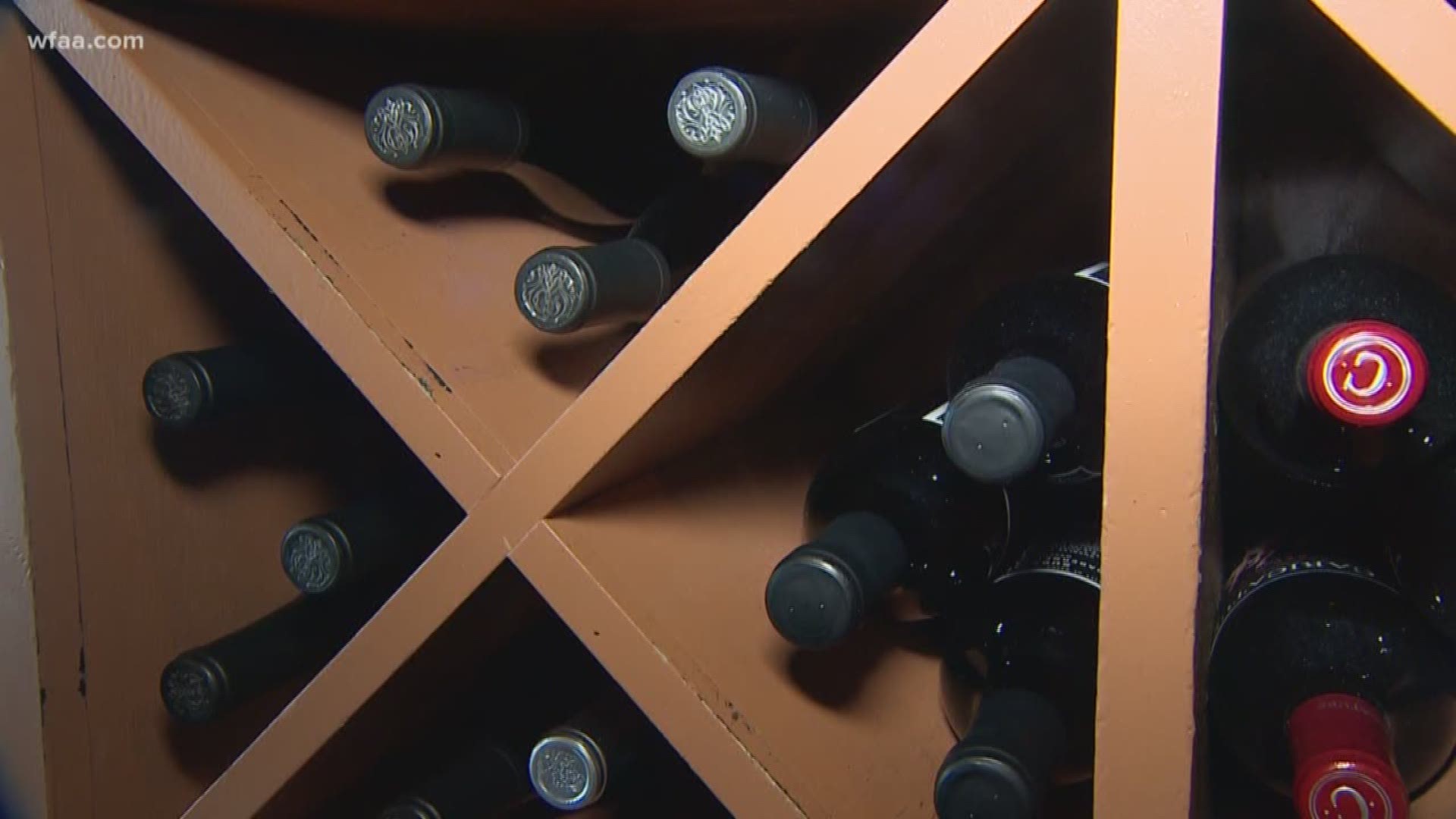 If you're a wine lover, chances are you've BYOB'ed a time or two before, bringing a Burgundy or carrying a Cabernet from home to drink at your favorite restaurant.

But in Texas, it's an experience you can't have at restaurants that serve liquor — for now. Fort Worth State Representative Craig Goldman has introduced legislation that would give restaurant owners who serve liquor the option to allow customers to bring in their own wine and charge whatever corkage fee they see fit.

It's an option restaurants that only serve beer and wine have had for some time.

"Until two years ago, it's been my policy not to allow people to bring it in," said Vance Martin, who owns Lili's Bistro on Magnolia. "It was a house policy."

Martin said he feared the loss of revenue. But two years ago, he changed his mind and started allowing customers to BYOB and he's never looked back.

"It hasn’t hurt revenue in the least and those, for us, few people who want to do it have been happier about our decision," he said.

Martin also owns The Lazy Moose down the street, where liquor is served, and says he'd allow BYOB if he could.

"I would welcome it," he said.

At Ellerbe Fine Foods, a wine-focused restaurant with 800 different bottles, they've always allowed diners to bring their own.

"Overall it's not a dent in our revenue at all," said King, who's also the sommelier. "It's more of a special service we offer for our clients."

According to WFAA's partners at the Fort Worth Star-Telegram, the Texas Restaurant Association spoke against the bill this week, saying that wine sales contribute to keeping restaurants afloat. The association did not return calls from WFAA Wednesday.

"I think it gives people a good option for the restaurants they already go to," King said.

If passed, the act would go into effect in September.