Police affidavits and 911 call audio detail the bone-chilling scene where a Lewisville father allegedly stabbed his 16-month-old son to death. 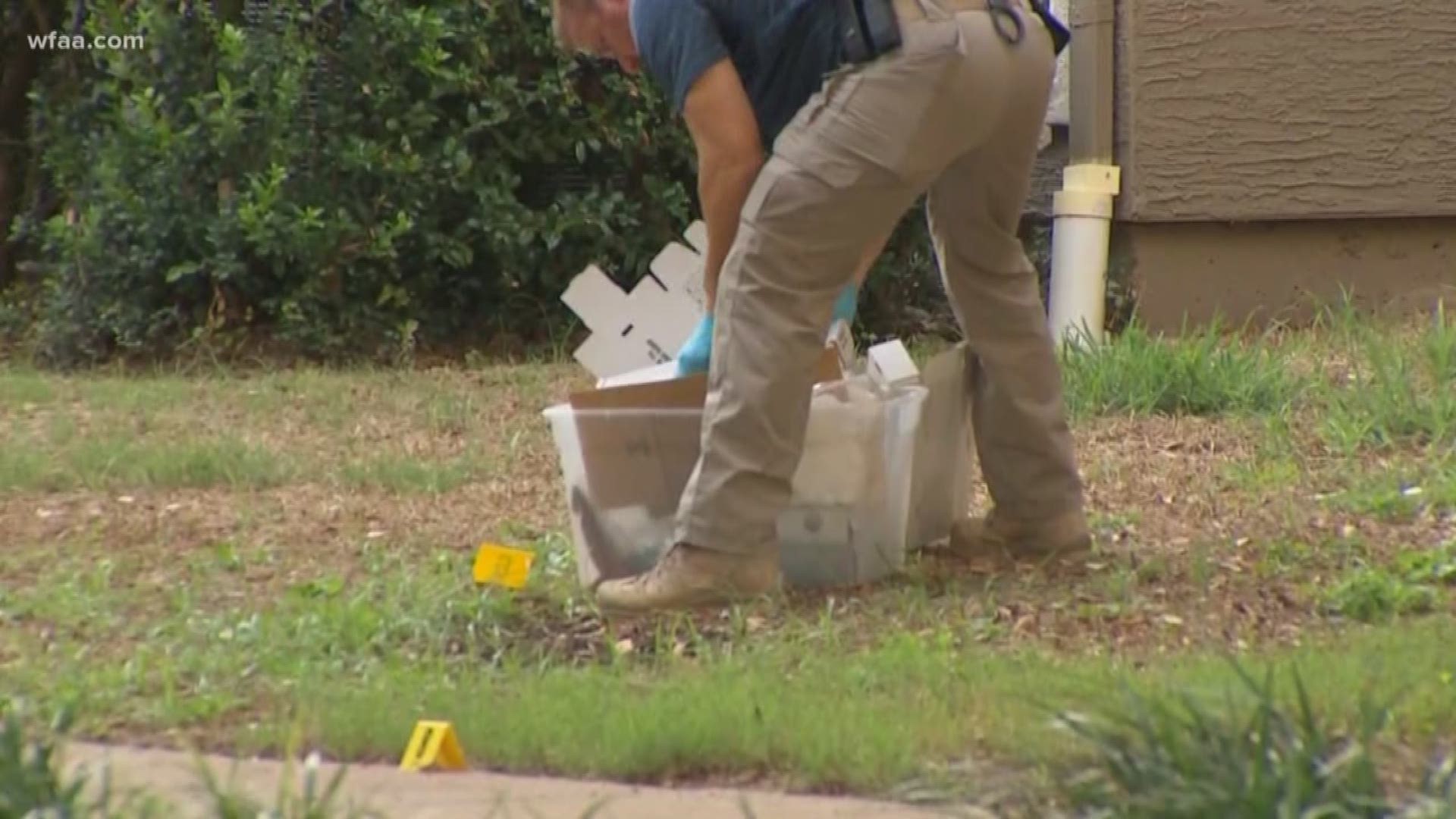 LEWISVILLE, Texas – On the day Blair Ness was officially charged with capital murder for the horrific stabbing death of his 16-month-old son, Ashton, police revealed just how horrific the Sunday incident was.

"It is truly the worst call that you can possibly imagine," said Lewisville Police Department Capt. Mike Lane.

Lewisville police released nearly 13 minutes of 911 calls Tuesday. In the very first call, the 911 operator clearly has difficulty comprehending the details of the inexplicable attack.

Caller: "Somebody is killing their little kid right now."

Operator: "What do you mean by that? What are you seeing?"

Caller: "They slammed the kid on the ground and they're stabbing their baby out here in the middle of..."

Operator: "They're stabbing their baby?"

Caller: "They're stabbing their baby right now in the middle of the complex right now."

Minutes later, a neighbor stops the attack by shooting Blair Ness in the leg. A female caller is one of the next to reach 911. She speaks to a different, male operator.

Caller: "I think my boyfriend is shooting at him right now."

Caller: "My boyfriend has a gun, and I think he's shooting at him. I'm not sure."

When police arrived, they found Blair Ness, wounded in the leg by a gunshot, refusing to move away from his toddler son's body.

After immobilizing Ness with a Taser to get him under control, and while dragging him away in handcuffs, police say Ness uttered a bone-chilling line.

"I know everyone's mad, I'm mad. I killed my son," he said, according to police.

"And that's pretty short and to the point – exactly what he did and what he did to his son and who caused it," Lane said.

In a police affidavit released Tuesday, investigators say they found multiple knives and a pair of scissors they believe were used in the attack. The boy had been stabbed multiple times in the body and head. And that when investigators followed a blood trail to the man's apartment, they found a gruesome crime scene which indicated the assault began inside then continued outside the building.

Police say they found "fresh burnt marijuana as well as a haze of smoke in the apartment," blood in multiple locations in the apartment, and "several skull fragments...near the bedroom door against the wall."

Neighbors also say that, during the attack outside the apartment, Ness "was heard shouting something about Jesus coming."

Now, released from a hospital and taken to jail, police say Ness is no longer talking, no longer cooperating, not offering any explanation.

So Tuesday night, police asked only this:

"The main thing is pray for the family, all the witnesses that were there," said Lane. "And of course our police, fire, and dispatchers, our 911 dispatchers."

And prayers for an entire community horrified by the brutal and inexplicable death of an innocent little boy.

A GoFundMe account was established after the Sunday attack in Lewisville to help the boy's mother and her family.