Former Dallas Cowboys player Emmitt Smith's company and an Atlanta-based corporate process and training company are among the small businesses getting $2.5 million in grants toward investment projects in Oak Cliff. 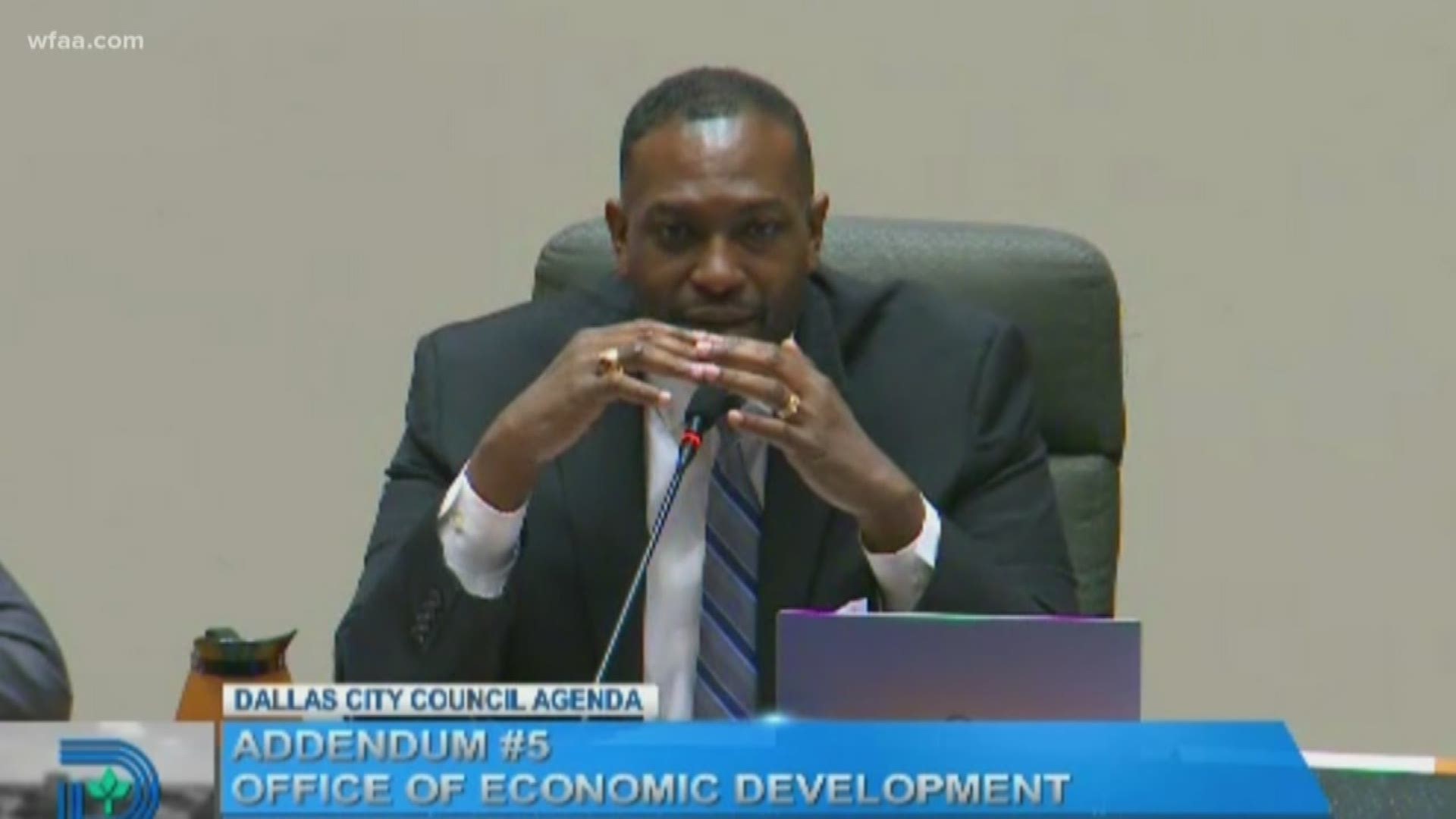 DALLAS — City leaders were beaming in Dallas City Council chambers on Wednesday after the council approved a couple of economic development grants totaling more than $2.5 million to go toward helping a couple of small businesses investing in Oak Cliff.

Chimes Solutions, an Atlanta-based African-American-owned company, is expanding its business process outsourcing center to Red Bird Mall, where contractors are hard at work revitalizing the southern Dallas landmark. Shelly Wilson, the company’s COO, and Lauren Wilson, the chief of staff, made a presentation to City Council about the public-private partnership.

"We felt that we can make an economic impact in that area," Wilson said. “That's part of our mission.”

Chimes Solutions is planning to bring 500 jobs to its Red Bird location when it opens in the fall. The executives of the family-run business say starting wages will be $14 per hour.

Several council members boasted about how the living wage could significantly improve quality of life options for residents across the Red Bird area.

Chimes Solutions says it has done its research on the Red Bird area, and the executives plan to train and add an additional 500 workers in its second year at its new southern Oak Cliff location.

“We had this model in Atlanta," Lauren Wilson said. "South of Atlanta. Same type of mall. Same type of area. We came in, revitalized it. Brought more jobs. We lowered the unemployment rate because of the jobs we provided. More stores have come to the mall."

A few miles away on South Lancaster Road, City Council is also approving an economic development grant to help renovate the former Urban League of Greater Dallas building. The site was recently purchased by Emmitt Smith and his team.

“It’s good, today, to have partners who are not just entrepreneurs. They are now public servants," District Four Councilwoman Carolyn King Arnold said.

City staff previously said the site would become a mixed-use development with a workforce training center. However, as Smith left City Hall, he said plans are still being discussed.

"When we get the program together, completely, or enough of the programming, rather, then I'd be more than happy to talk about it. Right now, I don't want to mislead nobody," Smith explained.

Some community members are calling the public-private partnerships a big deal.

"I commend the developers for coming in and looking at Oak Cliff for what it is," Andre Butler with Camp Wisdom Now said.