According to newly released ERCOT records, there were 224 unplanned outages at 97 power plants during the week of June 14. 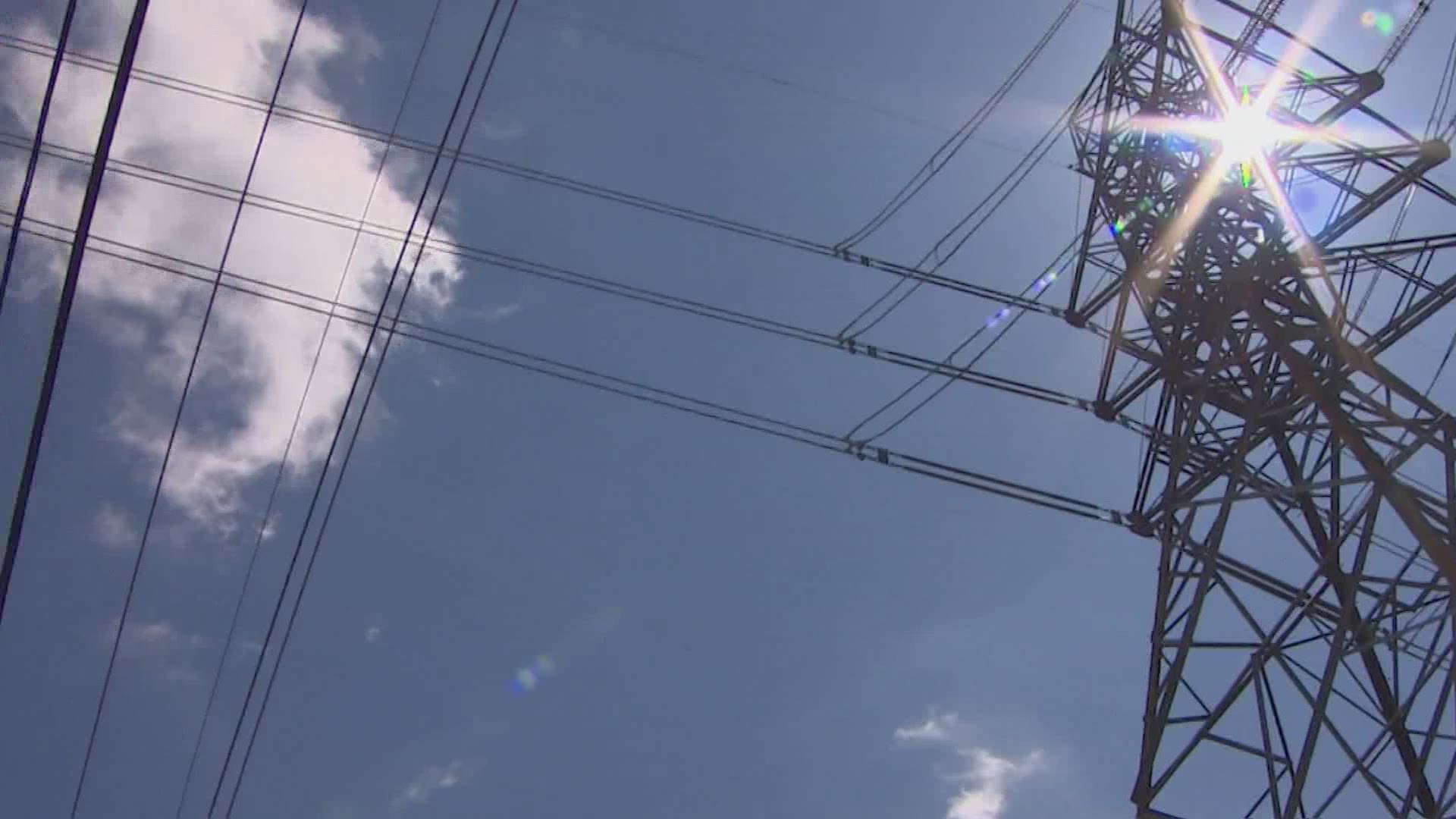 Most of the power plants that failed to produce electricity in mid-June also failed during the February freeze, according to a KHOU 11 analysis of outage data from the Electric Reliability Council of Texas.

According to newly released ERCOT records, there were 224 unplanned outages at 97 power plants during the week of June 14-18. The loss of power forced the state’s electricity grid manager to issue a public conservation plea.

Two thirds of those plants also went down during the February winter storm.

“Certainly, that’s very troubling,” said KHOU energy analyst Ed Hirs. “This is symptomatic of a grid in which there hasn't been enough reinvestment; not enough maintenance expense.”

Records show natural gas-fired power plants accounted for the most generation down, 8,894 megawatts during the mid-June conservation event. That was 49% of all megawatt reduction, double the amount of unavailable wind power, 4,271 megawatts, and four times the 2,098 megawatt reduction in solar power.

“(Natural gas plants) are the biggest piece of Texas generation, and those are the guys that we have to rely upon to keep the grid up and operating,” Hirs said.

ERCOT released the outage data only after the Texas Public Utilities Commission ordered it to release outage information within 3 days of an outage from June 1 to Sept. 30. ERCOT had a week to release data from earlier this summer.

“Peer pressure is a real deal and public eyes on these individual events may have a benefit for our purposes,” PUC Commissioner Will McAdams said during the meeting.

But what’s largely missing from the newly-released outage data is the cause of the failures. Eighty-seven percent of plants listed are “other” or “unknown” as its reason.

An ERCOT spokesperson said many plants who checked “other” actually did submit more details about the cause of outages, but the grid manager is prohibited from releasing confidential information.

“We do not disclose the manual notes since much of the information contains critical infrastructure and other highly sensitive information,” an ERCOT spokesperson said in statement. “ERCOT shares the priority of transparency and accountability reflected in the PUC order and has responded with a mechanism for rapidly reporting unplanned outages using an existing data extraction system.”

Outage information can be found on ERCOT’s website here.

ERCOT previously said most of the thermal -- natural gas, coal and nuclear -- plant outages were due to mechanical failures and equipment issues, like tube leaks, cooling fans, hydraulics and boiler controls.

As for exactly what broke at which plant, the public is left in the dark.