Drug overdoses on the rise in Houston during COVID-19 pandemic, expert says

It is a crisis that has first responders going door to door, reaching out to people who have been given a second chance at life after suffering a drug overdose. 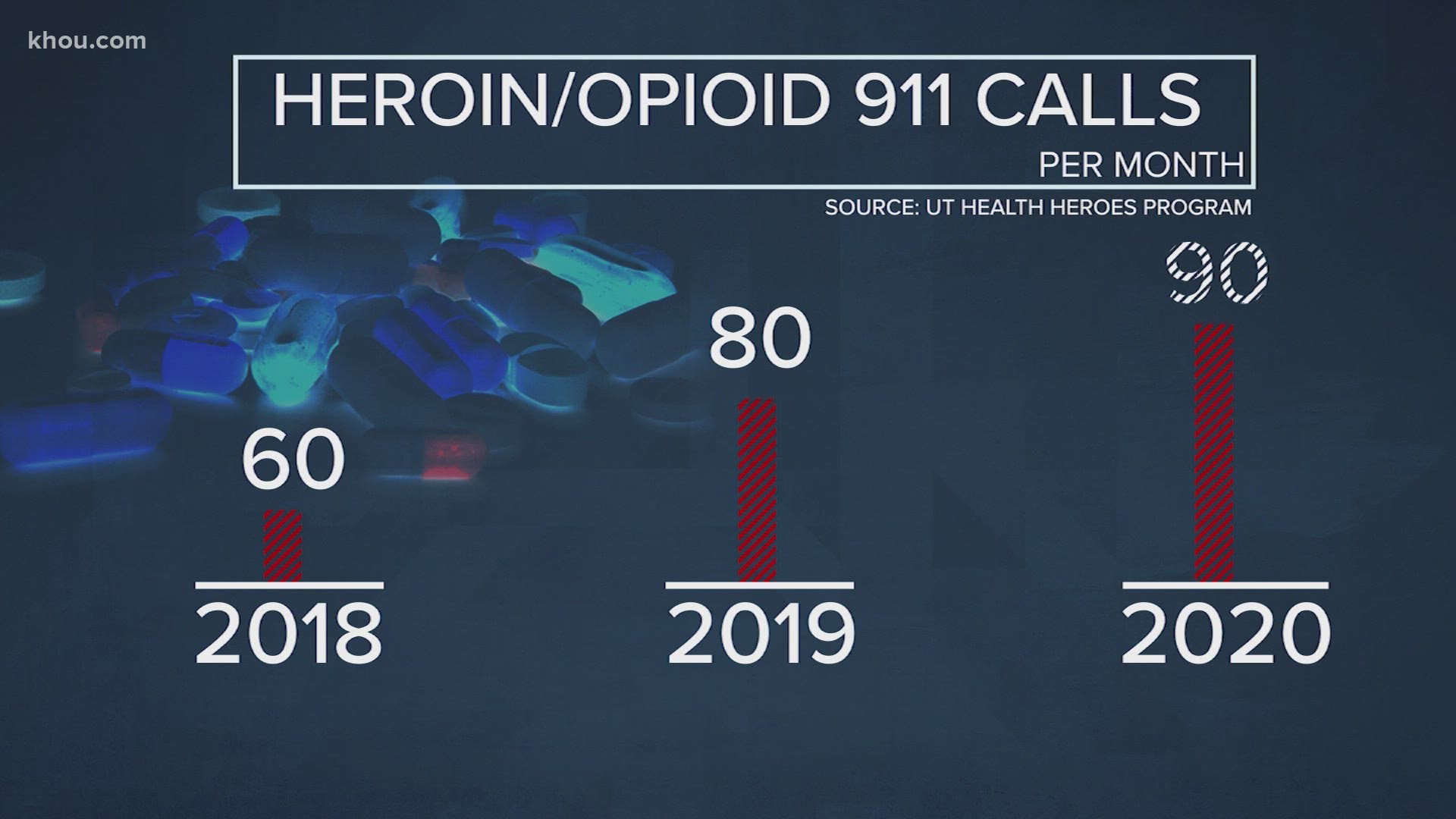 HOUSTON — Opioid overdoses have reached an all-time high in Houston, according to an expert who tracks them. He said if something doesn’t change, the number of deaths could double next year.

It is a crisis that has first responders going door to door, reaching out to people who have been given a second chance at life after suffering a drug overdose.

They are known as HEROES, members of the Houston Emergency Opioid Engagement System, who treat, counsel and support addicts through a recovery program.

He said since the start of the pandemic, it has gotten worse.

“The growth is unbelievable,” Langabeer said.

“Starting in May, and then definitely in June, we hit an all-time high,” Langabeer said.

He said the number of people dying from substance abuse is even more cause for alarm.

Langabeer predicted a ten percent growth this year. But, he said, by September there were already 366 deaths on record.

“We have so many people right now that are hurting, that have mental health issues because of COVID and are developing all forms of addiction,” Langabeer said.

He is expecting it will only get worse before the year is up.

“Depending how bad COVID gets, you know, this could be more than 475 deaths in the Houston area alone from opioid only overdoses,” Langabeer said.

Dr. Langabeer predicts 2021 could be significantly worse, with 600 to 700 overdose deaths. He said the program needs more doctors, nurse practitioners and counselors to help reach more people. There is a list of job openings on the HEROES website.