Invasive species spotted in Fort Worth by 11-year-old naturalist

An 11-year-old naturalist could be the first person to spot an invasive species in North Texas, and his discovery has caused the state to launch an investigation. 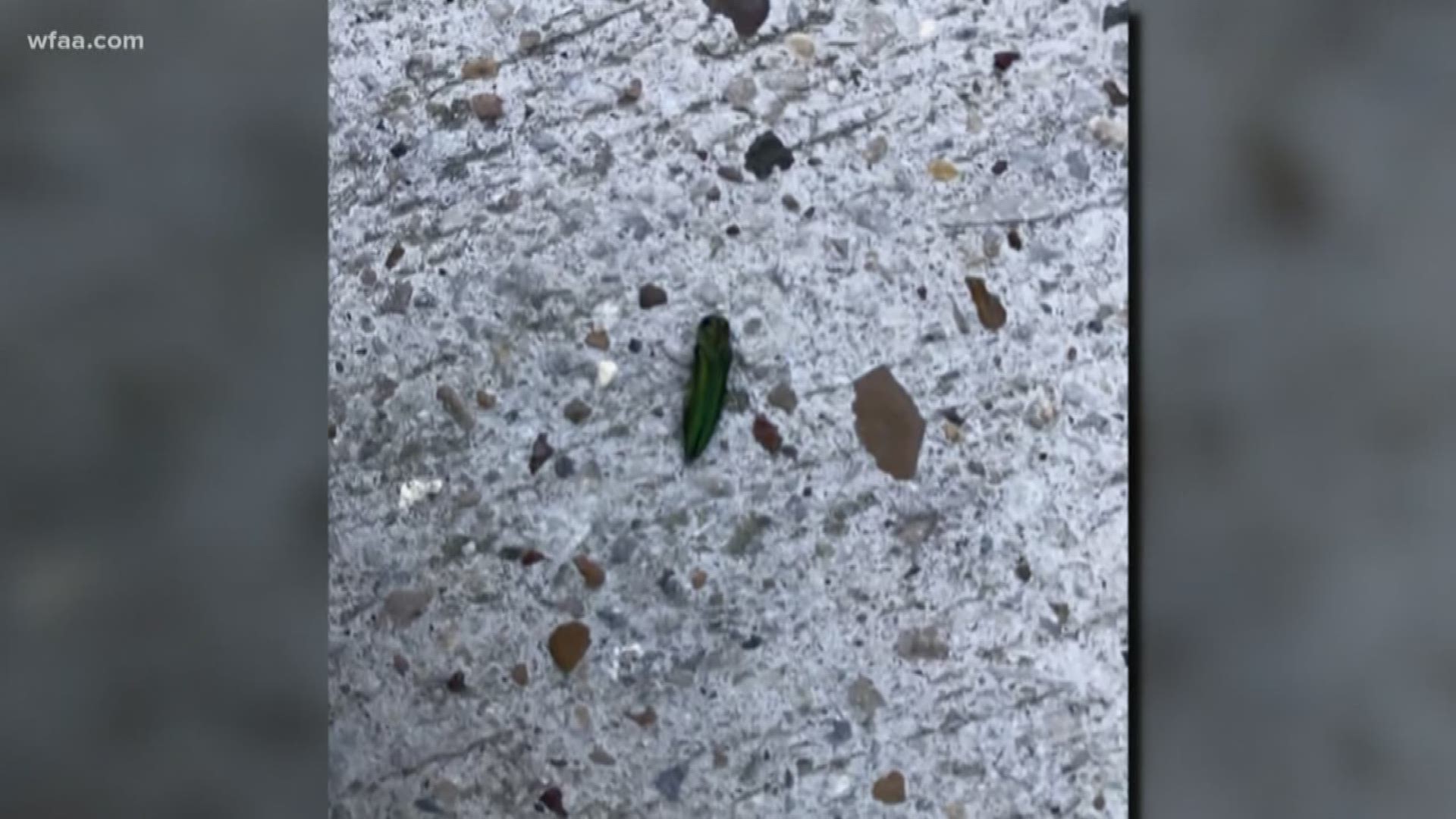 FORT WORTH, Texas -- An 11-year-old naturalist could be the first person to spot an invasive species in North Texas, and his discovery has caused the state to launch an investigation.

"I just thought it was crazy, and I never thought I could find anything like that," said Sam Hunt, 11.

Hunt is barely into the double-digits, but he's been a naturalist for years now. He started meticulously tracking animals he comes across when he was just 7, taking photos of his discoveries and uploading them to an online community that helps him identify them. "I've probably done like 500," he said.

Recently, he photographed an unusual insect and posted it to the community. "It was this really tiny, shiny green beetle," he said. "So I picked it up, and I'd never ever heard of it or seen it."

Turns out, it could be an insect a lot of people have been looking for. Entomologists believe it could be an emerald ash borer, an invasive beetle species from Asia that threatens ash trees across the country. "This picture definitely looked like an emerald ash borer, and it's the first sighting of it in North Texas," said Courtney Blevins, regional forester with the Texas A&M Forest Service.

Sam's discovery has prompted an investigation that includes representatives from the state and federal governments. They have been tracking the movements of the emerald ash borer ever since it was first discovered in the U.S. more than a decade ago. The beetle tunnels under the bark of the tree, eventually killing it. With adequate warning, some trees can be chemically treated to ward off the insect.

Blevins and his colleagues are now monitoring the area near where Sam spotted the insect. The hope is to catch an emerald ash borer in a trap to confirm the sighting.

It's pretty cool for a young naturalist whose hobby is already having a real impact and who just may help protect a lot of trees. "It doesn't matter how big you are or what age you are," said Sam. "All that matters is that you're paying attention and looking for things."

Sam Hunt loves being outside, and since he was just 7-years-old, he's been meticulously cataloging the animals he comes across.