As holiday packages start piling up on porches across North Texas, Fort Worth Police are launching a new program that they hope will deter possible package thieves. 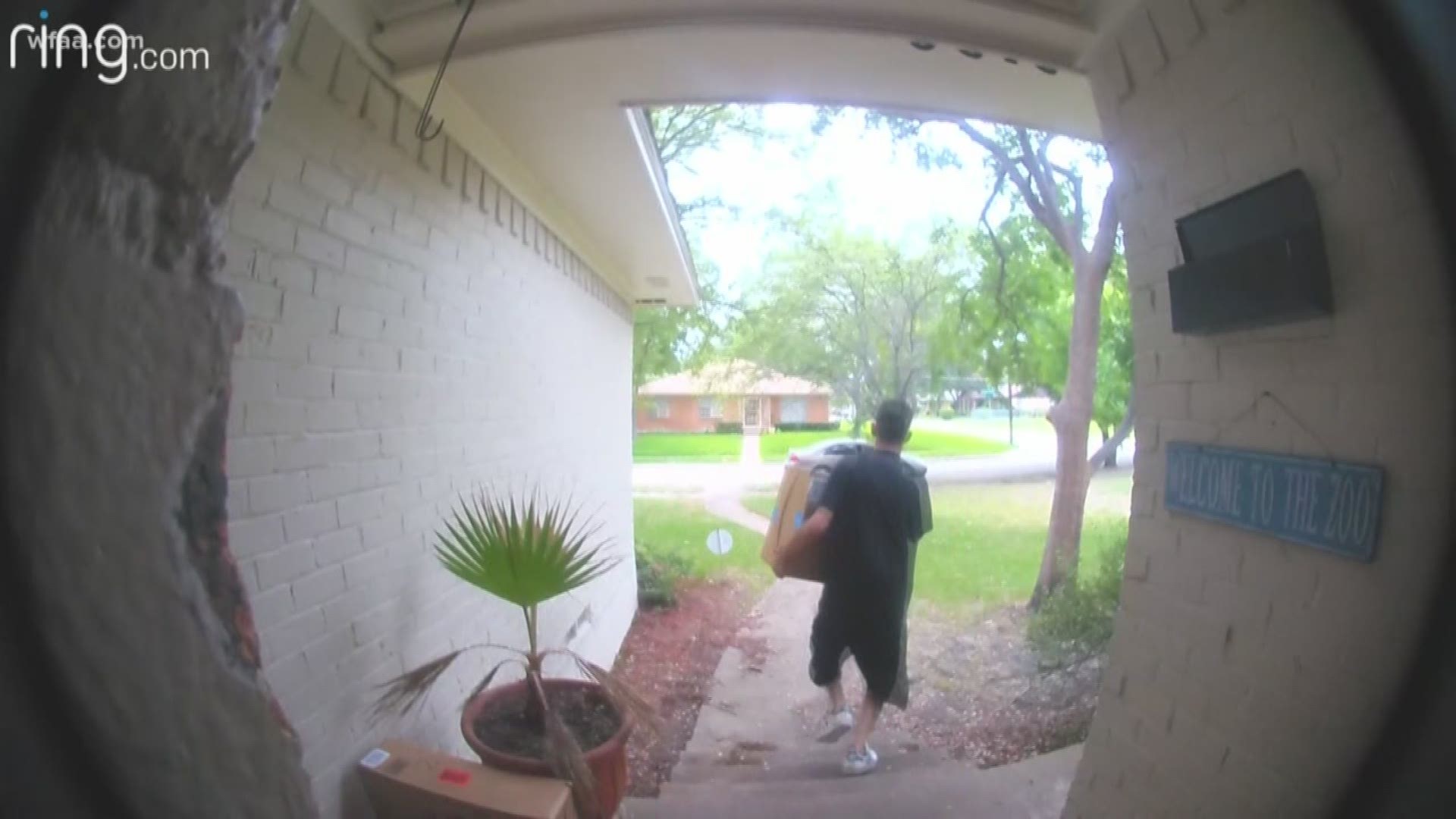 FORT WORTH — As holiday packages start piling up on porches across North Texas, Fort Worth police are launching a new program they hope will deter possible package thieves.

"We want people to know that we're doing this," police Sgt. Chris Britt said. "We'd rather give people the opportunity to not commit a crime."

The department introduced the program on Friday with a tongue-in-cheek video released online. It featured a costumed Grinch who is caught lifting packages by a device called the "Packety-Trackety."

"That is the Dr. Seuss term, I believe," Britt said.

In real life, the bait boxes look exactly like any other package. But the department said they are equipped with GPS trackers that silently notify police when they are taken off a porch. The bait packages are being monitored by Fort Worth's real-time crime center, and police will be dispatched to intercept the package and potentially make an arrest.

Homes that are participating in the program are also equipped with surveillance camera systems. Fort Worth police said that all the technology and materials for the mission had been donated to the department.

Britt said 'Grinch Pinch' has been operational since Friday and will remain in effect at least through Christmas. The department will be regularly moving the bait packages around the city.

"We may be in one neighborhood today and a different neighborhood tomorrow," Britt said. "That's the idea. We're going to cover all ends of Fort Worth."