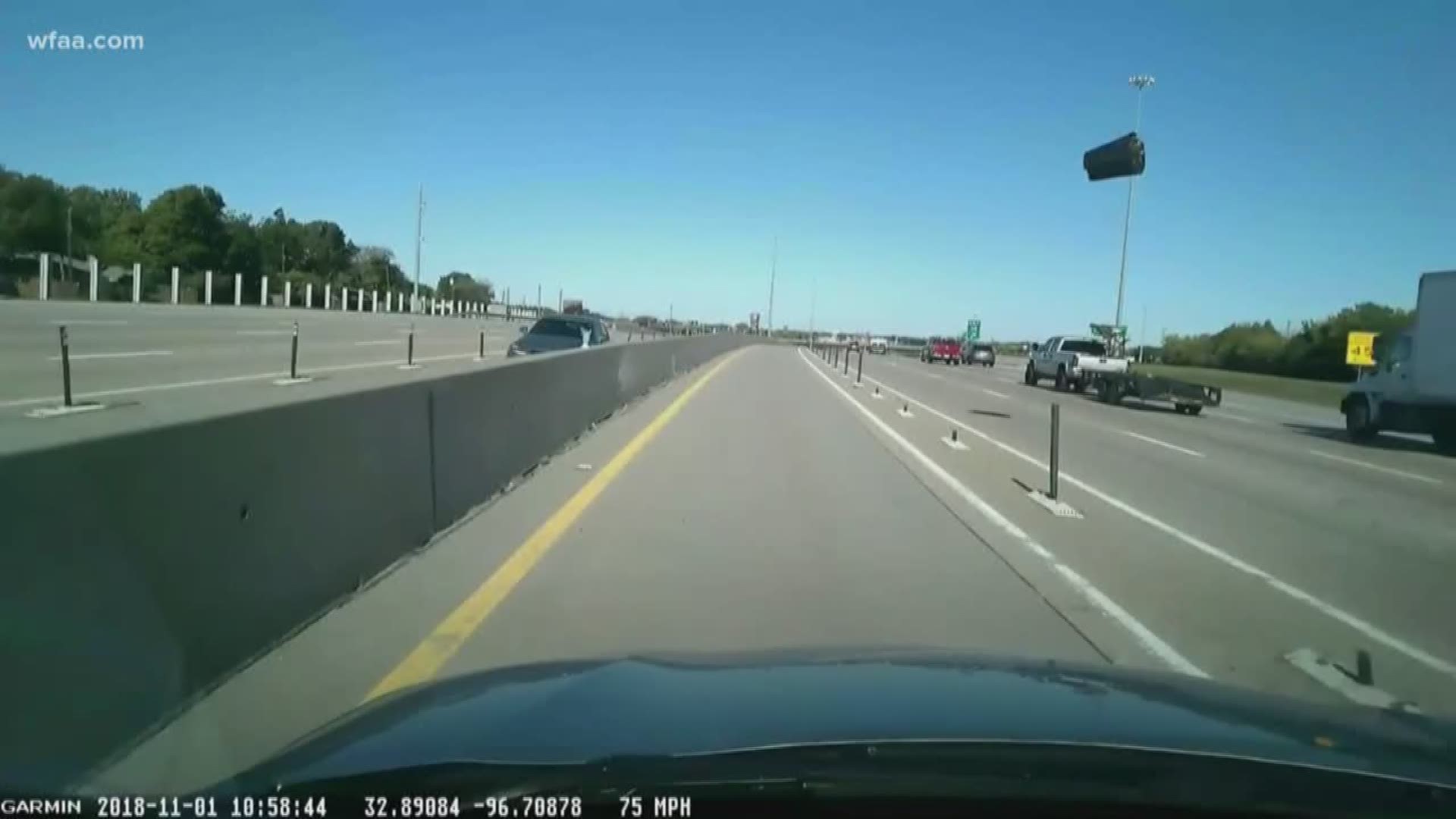 DALLAS—It’s the last thing you want to see driving down the LBJ Freeway — a trashcan flying towards your car while driving over 70 miles per hour.

That situation was a reality for 59-year-old Kathy Lanham, whose dash camera was rolling when that trash can hit her windshield after flying off the back of a truck.

It happened November 1st on the LBJ Freeway between Garland and Jupiter roads.

In the video, Lanham is driving in the HOV lane when the trashcan took flight from a truck pulling a trailer.

The unsecured can flew over three traffic lanes before hitting Lanham’s windshield.

“All of a sudden, here it comes,” Lanham said. “I look to my right and I just see this thing become airborne.”

Lanham didn't swerve and just let the trashcan hit her car, and she says in hindsight it was the right decision.

“I couldn’t go left because there was a wall, and I couldn’t go right because of the pylons,” she said. “I made the right decision and didn’t cause another wreck.”

Thankfully, Lanham’s Honda CRV didn’t sustain any damage because all that was in the trashcan was a bunch of mulch.

“I was able to take it down to the car wash and take care of things luckily,” Lanham said. “It was just a bunch of leaves and smush.”

But Lanham considers herself to be lucky.

“You hear about all of the bad things that happen when people get hit with things in the road,” Lanham said. “Some people don’t survive or get injured.”

And that’s no exaggeration. In 2017, TxDOT recorded 1,241 crashes caused by unsecured loads. Of those crashes, 103 involved injuries and five were fatal.

“You have to tie down your loads,” Lanham said. “It just takes a couple of seconds.”

“You have to pay attention,” she said. “You know this could very well happen to you, and I hope people can see that from the video.”

Lanham was never able to get any information regarding the driver or the truck the can flew from.