'I'm not less': They have autism, and the video games they develop are hitting it big

Grapevine-based Gamestop is distributing a game designed and developed by a team of North Texans who all have autism. 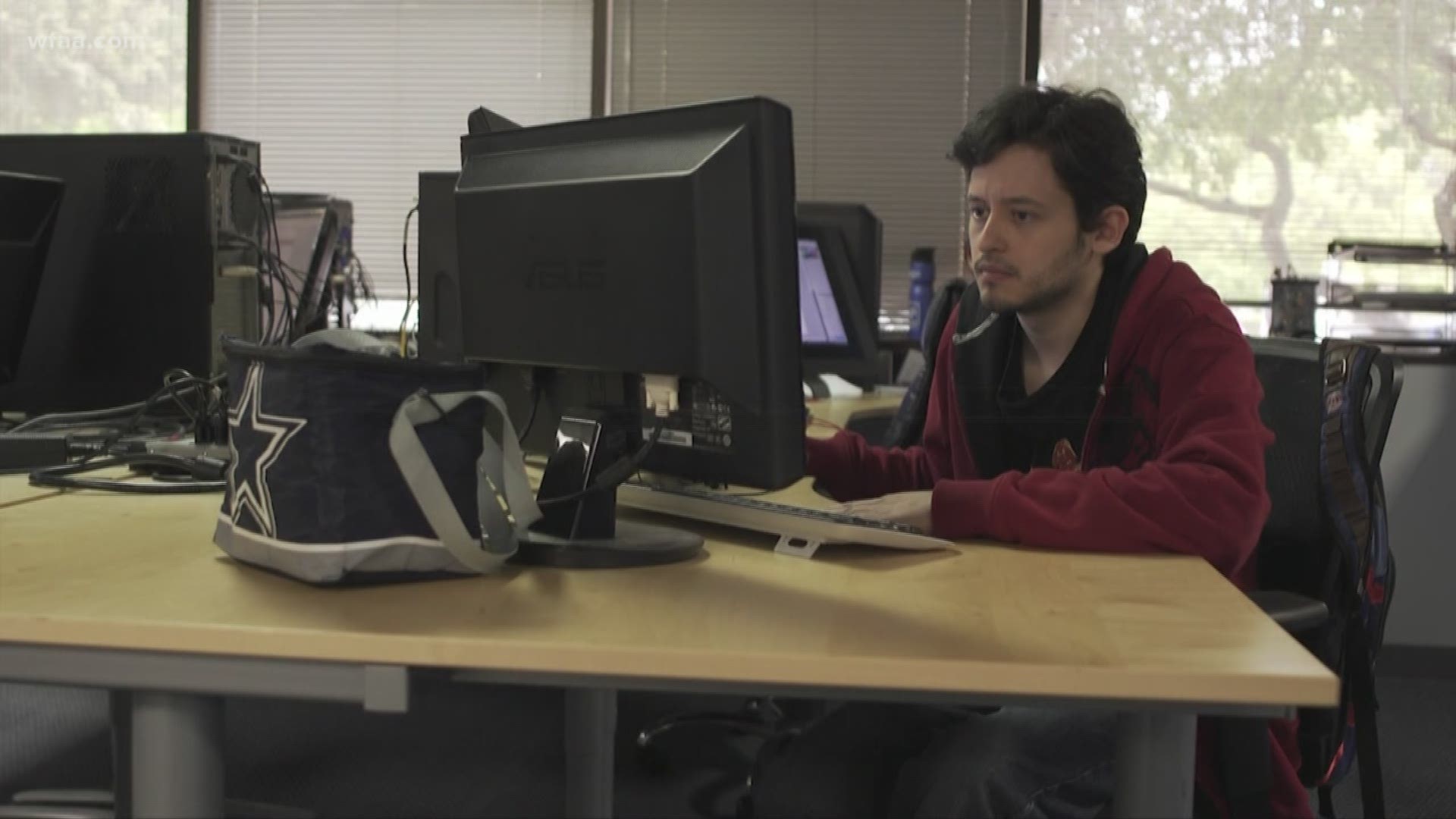 PLANO, Texas — If you are not a gamer, don’t let that cloud your judgement about this story.

Yes, it is partially about gaming – specifically, a video game called “To Catch a Monkey”.

But we’re not going to focus on the game as much as the people who built it.

There’s Kyle, who is 27. He designed the poster promoting the game.

“I wanted to make sure the poster was something that would attract a lot of people,” Kyle said. “There’s an extra pop to it. I really tried to get into that extra detail.”

And there’s Tyler, who is 29. He designed the game’s main menu and other art.

The entire game – from the coding to the animation and sound effects - was done at a studio in Plano by people who are all on the autism spectrum.

The nonPareil Institute provides adults with autism who have aged out of school settings a place to learn impressive technical skills. Skills like computer programming, coding, 3-d modeling, and video game design are very much in demand.

RELATED: Not familiar with esports? New $10 million Arlington stadium could change that

Tyler spent about six months taking classes at nonPareil before he started teaching.

“The big thing I learned was I wasn’t alone. I was not knowingly around anyone else on the autism spectrum before I came here,” he said. “It was definitely something I needed in my life and changed it for the better."

NonPareil doesn’t refer to Tyler, Kyle and the others as students, but as crew members.

“We tend to think of them as they’re the ones bagging your groceries, or they’re the ones doing jobs that are lower functioning,” said Brian Jeffreys, chief technology officer at nonPareil, “but the reality is they are very talented, very smart, very bright and, given the opportunity, they do amazing things.”

Jeffreys’ son is on the autism spectrum.

“They show the world - look I am a little different, but I’m not less. I am really somebody who can do exactly what you do,” Jeffreys said.

The nonPareil Institute opened 10 years ago. In that time, crew members have produced a lot of video games, but “To Catch a Monkey” is the first game to catch big name attention.

Gamestop is distributing it.

“We were so impressed,” said Martha Sotelo, supervisor of corporate social responsibility at Gamestop.

Gamestop produced a limited edition Xbox controller in honor of Autism Awareness month in April. When people purchase it, they receive “To Catch a Monkey”.

Some of the proceeds go to nonPareil, where crew members prove that differences don’t matter.

“I might not be like everyone else,” Kyle said. “But I was born to be like this. I was gifted with this and it’s pretty much a blessing for me. I’m just trying to be an artistic guy, trying to make a difference in the world, and just really trying to be strong.”

It turns out this is a story about a game - the game of life. And at nonPareil, they win.

“I felt like I was from another planet for a large chunk of my life and that is a sentiment I hear echoed a lot in a lot of other similar people,” he said. “I still feel unique, but I realize this world needs very different people from very different reasons. But, they all came from here and they’re all needed here.”