'I ain’t sorry': Suspect in mall fight admits to stomping victim, says it was self-defense

Sincere Wheat admits he stomped on a 17-year-old beating victim's head after the teenager was knocked out and flat on his stomach on the mall floor, but he said he acted in self-defense. 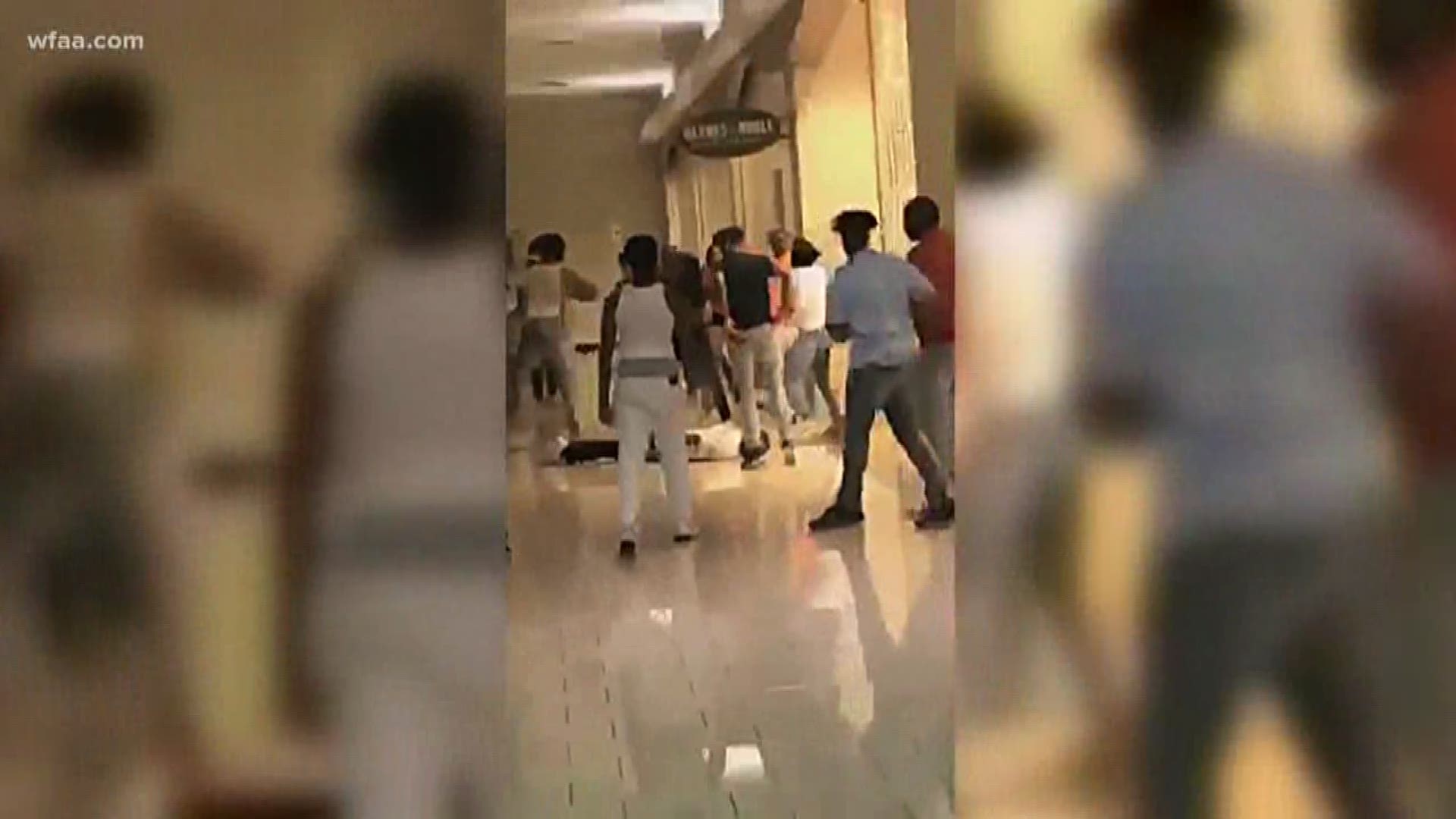 FRISCO, Texas – Two teenagers from The Colony are charged with aggravated assault in a Friday night fight inside Stonebriar Centre in Frisco.

Sincere Wheat admits he stomped on a 17-year-old beating victim’s head after the teenager was knocked out and flat on his stomach on the mall floor, but he said he acted in self-defense. Wheat, 18, is charged with aggravated assault as is his friend, Jonathan Ivy, also 18.

“I stomped on his head and I ain’t sorry for what I did,” Wheat said, adding he didn’t feel bad about it because he was being followed after telling a group of people to quiet down during a movie in a nearby theater.

He said after the movie, a group of about 15 to 20 guys followed him through the mall. “They all tried to huddle around me,” he said. “Everybody is looking at me like I’m the bad guy, but I’m really the victim to tell you the truth.”

He said he did not throw the first punch and does not know who knocked the victim unconscious. Ivy, who on June 7 was given probation after pleading guilty in a 2017 robbery, denied he was at the mall when the fight occurred. “That wasn’t me and I ain’t got nothing to do with it,” he said.

Cell phone video of the fight was widely circulated on social media. A suspect with dreadlocks is seen in the video. “I’ve got dreads and I’m black, so I’m guessing y’all just accuse any black kid with dreads,” Ivy said.

He said he was at home on the phone and has witnesses who can prove it. “My name will be cleared,” he said. Wheat also said Ivy was not at Stonebriar Centre.

Frisco police say several witnesses turned over pictures and video of the fight and several tips came in. “The response we got from the public was exactly what you’d want to see,” said Frisco Police Officer Radd Rotello.

Multiple tipsters and at least one juvenile witness identified What and Ivy in a photo lineup, according to Frisco police.

Frisco police say, while the mall is already a spot they regularly patrol and they believe this is an isolated incident, they have scheduled a meeting with mall security for next week.

The victim suffered broken bones and, after receiving stitches, is out of the hospital.

Stonebriar Centre sent WFAA the following statement in response to the incident:

"We are extremely disheartened by the isolated incident that happened on Friday night at Stonebriar Centre. During the time of the altercation, our security officers were patrolling and monitoring the property, and reacted immediately to provide aid to the victim and resolve the situation. We are grateful for our relationship with the Frisco Police Department and for their leadership to arrest the individuals responsible.
There is nothing more important than the safety and well-being of our guests and tenants. We are constantly evaluating our security measures and while we never disclose our protocols, we are taking proactive measures following this incident. We continue to provide assistance to the Frisco Police Department on their investigation and ask all questions are directed to them."