How die-hard of a Cowboys fan are you? One couple bought their home simply because it's 2 miles from AT&T Stadium

Everything in Tim and Justin Sehon's home is either blue, white or silver. 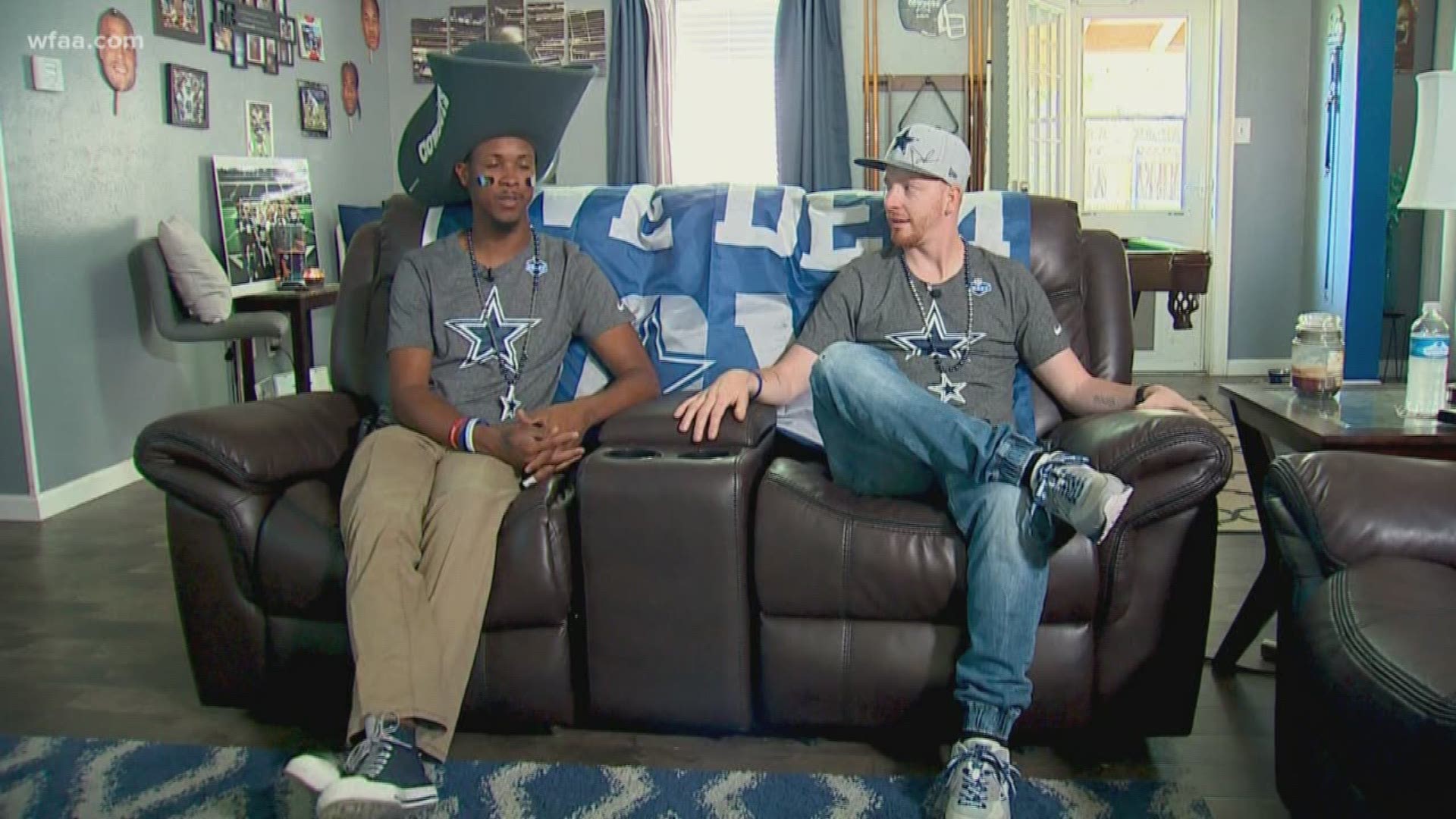 It's three days out of the year where football fans can surface for a breath of fresh air.

It's the one event that allows sports pundits, journalists, and your uncle to suddenly start talking about football again in the midst of baseball season, along with the NBA and NHL playoffs.

But if you ask Tim and Justin Sehon, NFL draft week is no different than any other week of the year.

Because the couple is all about the Dallas Cowboys, 24 hours a day, seven days a week, 365 days a year.

"Oh man, it's just a way of life," Justin Sehon said. "I just love them. It's unexplainable."

Tim and Justin met in 2015 and soon realized that they shared a love for each other and "America's Team."

"I started seeing Tim's Cowboys apparel and he saw mine, and that just connected us even more," Justin said.

The two decided to buy a home in 2016, and when they were searching for a place, they didn't care about property taxes, a good school district or a nice master bedroom.

All they cared about was this: What's the closest affordable home to AT&T Stadium?

"I looked at him and he looked at me and I said, 'We're going to try and get as close as we can to the stadium,'" Tim said.

"The closest we can be to the atmosphere and the fandom — that just enlightens us."

The Sehons settled on a home that's roughly two miles from the stadium, and when they closed on it they made sure to remodel.

And we're not talking about fixes here and there. Nope. Everything inside is either blue, silver or white.

On top of that, there's Cowboys paraphernalia all over the place.

In 2018, when the couple got married in Mexico, they even wore blue and white wedding attire for the Cowboys. Their wedding rings (yes, I'm being serious) are even silver and blue for the Cowboys.

"We even gotta get Jerry's [Jones] approval to go to family functions," Tim joked. "My family calls me 'Jerry's nephew,'" Justin said with a laugh.

The Sehons told WFAA that they attended every Cowboys game last year and even went to New York for an away game against the Giants.

If they don't make a game, they resort to tailgating. At the moment, they're on the waiting list for season tickets.

So, yeah, they'll have their eye on the draft this weekend. And when everyone forgets about football next week?

"We have to start studying new players and get to know them!" Tim said.

"I just know that we're going to build a perfect team for next year," Justin said.